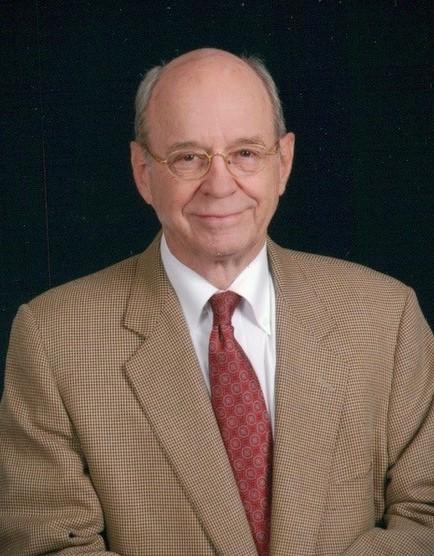 The personification of integrity, honesty, and humility, Jim Allison Smith, age 81, of Austin, TX, died peacefully on May 1, 2020. Although we lost him to the cruel grasp of Alzheimer’s years ago, graciously, he has now gone on to join the communion of saints, and glory in the resurrection of the body and the life everlasting.

Jim was born in Sweetwater, TX on January 21, 1939. His parents, Gaylon Orr Smith and Edmond Franklin Smith, died when he and his younger brother, Stephen Franklin Smith, were still children. They were raised in Coleman, TX by their Grandmother, Aunt, and Uncle. While in high school he worked at a snow cone stand and a grain elevator, and graduated at the top of his class. He spent his freshman year of college at Rice University while hitchhiking back and forth to Coleman to visit his high school sweetheart, Jare Horne. When the commute became too cumbersome, he eventually transferred to UT where he graduated with Honors, with a BBA in Accounting.

He and Jare married in June, 1961, and they moved to Dallas where Jim began his career with Arthur Andersen and Co. and served a stint in the National Guard. In 1966, Jim and Jare moved to Austin where he had been recruited to serve as Comptroller at Tracor, Inc, Austin’s first high tech company. Jim and Jare quickly became an integral part of the Austin community and have called Central Texas home for more than half a century. It is where they raised their two children, Stephen Matthew and Amanda.

A stalwart in the Austin and San Marcos communities, Jim served as President of numerous boards over the years including the Capital Area Council Boy Scouts of America, Austin Area Research Organization, Junior Achievement of Central Texas, Heritage Society of Austin, Austin Civic Ballet/Ballet Austin, and the Austin Chapter of CPA’s. He was on the board of the Austin Symphony, and the former Holy Cross Hospital. He was also Co-chair of the City of Austin’s master planning process in the late 1980’s, and was on the Austin Independent School District’s Bond Committee. Additionally, he served for many years as President of the Board and Trustee at St. Edward’s University and was on the Board of the Festival Institute in Round Top, TX. He was also active with First Presbyterian Churches in Austin and San Marcos, and served the greater church in various capacities through Mission Presbytery in San Antonio.

Jim loved and supported his wife and children quietly, but fiercely and unconditionally. A keen observer of people, he surrounded himself with extended family and an eclectic group of friends who he loved dearly.

A man of few words, Jim’s deep bass voice nevertheless rang out in church choirs and congregations. He admitted that he enjoyed visiting churches where no one knew him so he could sing as loud as he wanted to. He loved reading financial reports, and once said “...to me, they read like a good book; they really tell a story.” He also loved a good meal, dark chocolate, fixing things (very meticulously) around the house, making detailed lists, and researching things beyond recognition.

Jim is preceded in his death by his parents, his Grandmother Mattie Amanda Anaker Smith, his Aunt and Uncle Patty and Terry Smith, his sister-in-law Glenna Smith, and his grandson Christopher Allison Holmes.

He is survived by his wife of 59 years, Jare Horne Smith; his son Stephen Matthew Boyd-Smith (Christina) of St. Paul, MN, and his daughter Amanda Smith Holmes (Chris) of Austin, TX; and by his grandchildren, Pema Susanne Boyd-Smith, Calden Baird Boyd-Smith, James Walker Holmes, Charles Beck Holmes, and Clara May Holmes. He is also survived by his brother Stephen Franklin Smith of Houston, TX, and his nephews Terry Blake Smith and Jeffrey Smith, and their families of Houston, TX, in addition to beloved family members on the Horne side of the family in Coleman and Kerrville, TX.

The family would like to thank the staff on the memory care floor at Westminster Manor, Austin, and all those who have cared for him lovingly over the last two years.

At this time, no service is planned. If you would like to remember Jim by making a contribution, please consider the CAMP Program at St. Edward’s University, Alzheimer's Texas, or Hospice Austin.