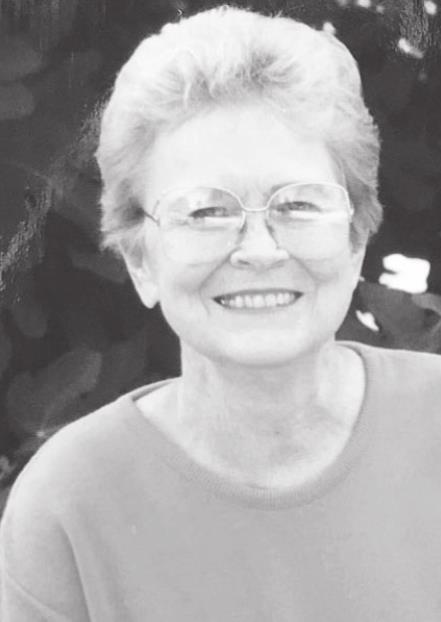 Patricia Ann Fain, 84, passed away Tuesday, January 18, 2022, in Buda, Texas. Pat was born on April 14, 1937 in San Antonio, Texas to Alice Mildred Todd and Rolla B. Todd. She grew up in San Marcos, Texas, where her father taught mathematics at the then Southwest Texas State University. Growing up, the family was active in the United Methodist Church in San Marcos. Pat graduated from Southwest Texas State University in 1958 and married her college sweetheart, Robert C. Fain, the day after graduation. They were married for 58 years, until Bob’s death in 2016.

Their family grew with the addition of Cheryl Lynn Fain in 1959 and James Robert Fain in 1961. The young family moved to Austin, where Pat completed her Masters of Education and Bob completed his PhD in Chemistry. Following a one-year stint in New Jersey, they planted their lives in Stephenville, Texas in 1967. While Bob taught at Tarleton State University, Pat taught upper division math at Stephenville High School. She was an excellent teacher, challenging her students to push their boundaries. When she told you the next problem was “a cute one”, you could be sure it was hard. Following Bob’s death in 2016, Pat moved back to San Marcos, Texas in 2017 to be near family.

Pat was an avid bridge player, learning the game in high school and playing it regularly for the rest of her life. She enjoyed games as often as she could in both Stephenville and San Marcos. She loved to travel, and was able to take trips domestically and internationally, particularly enjoying Norway, Australia and Europe. Pat loved camping and the family took many trips, both locally and around the United States. She enjoyed water-skiing in her early years and helped teach many friends and family to water ski. In addition, she learned to snow ski and scuba dive in her 40s. All of these experiences were made sweeter by experiencing many with friends and family.

More than anything, Pat loved being Nana to four grandchildren. Whether spending time with them at their lake house in Kingsland or on camping or skiing trips, she loved watching these kids grow. She was much loved and will be greatly missed.

Pat is survived by her daughter, Cheryl and husband James Yager of Buda; son, Jim and wife Lisa Fain of Stillwater, OK; grandchildren, Jonathan Fain, Logan Fain and Emily Yager; brother, Alan and wife Jane Todd of Euless, sisters-in-law Anna Beth Fain and Frances Fain of Llano, June Fowler of Killeen, brothers-in-law and sisters-in-law Dewey and Erwinna Fain of Llano and Sharon and Sammy Offer of Kingsland and several nieces and nephews. Besides her parents and her husband, Pat was also preceded in death by a granddaughter, Sarah Yager.

Visitation will take place at Thomason Funeral Home in San Marcos on Friday, January 28 from 4 to 6 p.m. A graveside service will take place at the Llano City Cemetery on Saturday, January 29 at 11 a.m., followed by a memorial service at the First Baptist Church of Stephenville, Texas at 4 p.m. Arrangements are under the direction of Thomason Funeral Home. For more information and to sign the online registry, please visit thomasonfuneralhome.com.