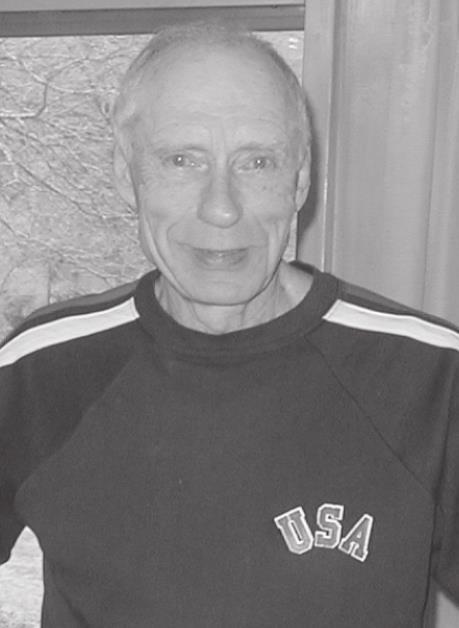 Powell had a passion for running, studying languages and religion, playing 42 dominoes, listening and singing along (loudly) to music and working outside, especially with his well worn “grubbing” hoe. The greatest testament to Powell was of course his boundless devotion to family and friends. Powell never met a stranger and always had a ready smile or conversation to share. In fact, the man with the red cap was known with great fondness.

In earlier times, he earned his bachelor's degree in Agricultural Engineering and his Master's Degree in Mathematics from Texas Tech University. In the time between completing his two degrees, he pursued seminary school in New Orleans, Louisiana. His career took the family many places, as he was instrumental in numerous projects with various NASA installations. Following his retirement in 1994, Powell and Mary relocated permanently to San Marcos, Texas to spend time with their children and grandchildren. Their home in San Marcos was a place of relaxation and was often the “port in the storm” for family, neighbors, and friends of all backgrounds.

Soon after his retirement, Powell acquired a voracious appetite for volunteer work. He happily devoted countless hours to the community at his church and the St. Marks Computer School. And, every spring, for over 20 years, he was a staple at the San Marcos library helping individuals with filing their tax returns. But above all, he had a strong and lifelong devotion to his wife Mary and their children and grandchildren. Mary and Powell were happily married for 67 years. Powell's commitment to Mary was unwavering and formed the foundation for the family. And his work ethic, incredibly strong moral character and envious level of self-discipline, all live on in Powell and Mary’s children, grandchildren and extended family.

The family would like to express their sincerest gratitude to Hospice San Marcos, Sage Springs Assisted Living, and his caregiver and friend Amber Vest, for caring for Powell these last few months. We thank the members of Powell and Mary's neighborhood on Valley View West who have supported us throughout the years. There is no greater collection of neighbors than those who reside on Valley View West.

We are forever grateful for the many blessings Powell has given us. His consistency, humor, commitment to lifelong learning, and his quick wit would stand out in any crowd.

A celebration of Powell’s life will be a private family gathering. In lieu of flowers, monetary donations may be made to the San Marcos Public Library or the National Brain Tumor Society at http://braintumor.org/ in honor of their son, James Hinson.