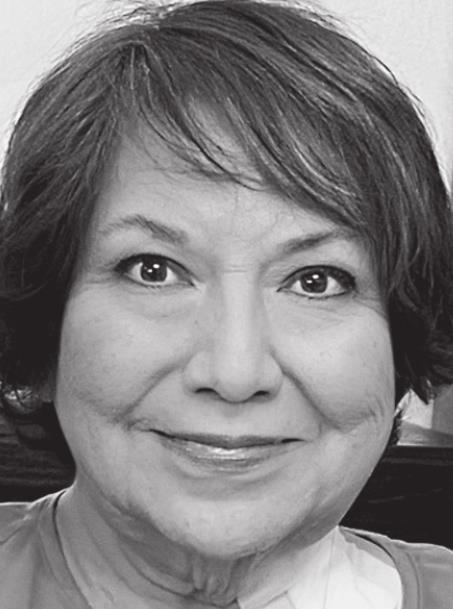 Sylvia Ann Ferrer-Ledesma, age 67, resident of San Marcos, Texas was called home by our Lord and Savior on Thursday, January 6, 2022.

Sylvia was preceded in death by her one true love, Joe Ledesma, her father, Manuel Ferrer and father in-law, Juan Ledesma.

The majority of Sylvia’s work career was spent at Texas State University where she held Administrative Assistant positions in the Office of the Vice President for Academic Affairs, Multicultural Student Affairs, and Military Science (Army ROTC). For a brief time, she worked with the San Marcos CISD Superintendent’s Office and earlier in her career she worked at Klipple’s Office Supply.

Sylvia loved Panda Bears, the Fall season, watching Disney classics, reading the Twilight and Harry Potter series of books, and she held a blue belt in Taekwondo, a Korean form of martial arts. Her greatest joy was being a grandmother to Lily and Cece.

Sylvia will be remembered for her upbeat personality, positive attitude, her kindness, and never-ending smile.

Services will be held at Thomason Funeral Home on Saturday, January 22 with visitation from 9AM to 11AM, memorial service at 11AM, with internment following at Memory Lawn’s Garden of the Cross in Martindale. Masks are strongly urged.