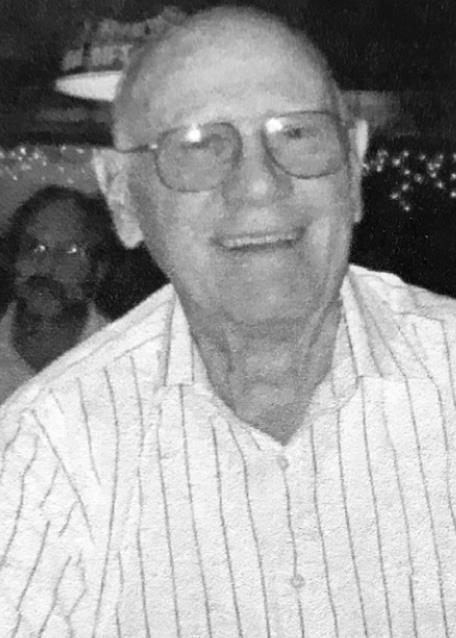 Bill moved from Fort Worth to San Marcos when he was 9 years old and was immediately put on the back of a horse. It wasn’t love at first sight (looking from the ground up) but his love for thoroughbreds and horse racing continued until his passing. He owned and trained a few TB’s, and even had a few win pictures taken. He was a graduate of San Marcos High School class of 1952. Following graduation, he was inspired by John Wayne and joined the United States Marines Corp serving from 1953 to 1956 during the Korean War.

In 1956 Bill moved back to San Marcos and married Barbara Lynn Peterson in 1958. He graduated from Southwest Texas State University approximately 10 years later from of a dare that he wouldn’t graduate. He worked in the tax field for many years and became Chief Appraiser for Hays Appraisal District. After retirement he continued to have fun with many lifelong friends playing the ponies, bowling and a participating in a few “wino opens.” Bill has been quoted saying, “Don’t worry about me; I’ve had a damn good life.”

The family wants to express their deepest gratitude to Advent Health Care, formerly Hays Nursing and Rehabilitation Center, for their caring and support these past few years.

In lieu of flowers, donations to the Alzheimer’s Association would be greatly appreciated. Graveside services are scheduled to take place Tuesday, August 4 at 10 a.m. at the San Marcos City Cemetery. Services are under the direction of Thomason Funeral Home. For more information and to sign the online registry, please visit thomasonfuneralhome.com.