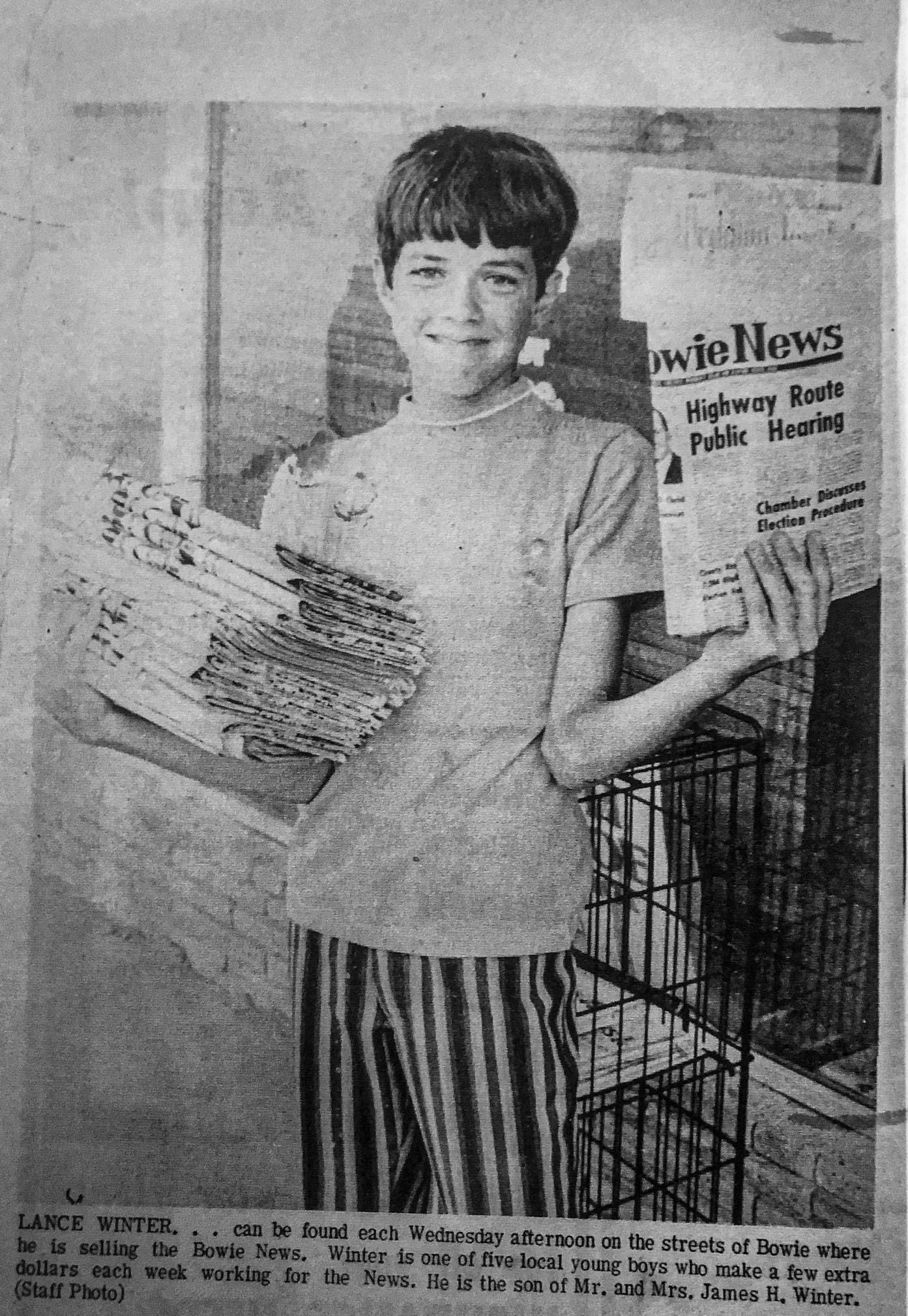 It feels strange writing this.

I often speculated that I’d keel over somewhere taking a picture, or gently give up the ghost at my computer. There have been a few occasions, over the years, I believed it would be at the hands of an irate reader. But nevertheless, I thought I’d always be a newspaper man — even to the end.

Well on Tuesday, Nov. 8, I’ll walk out the doors at the Daily Record as its publisher for the last time. Not because I’m heading to another newspaper, but because my time in this industry is over.

My love for this area, however, is keeping me local as I transition and begin work for the Greater San Marcos Partnership. I’m beyond excited to begin this new chapter in my life and a little sad to see the end of the other.

In 1982, I rode my motorcycle up to my hometown newspaper, the Bowie News. I knew the old geezer that owned the paper, we shared the same last name; he was my father. I visited with him about joining the ranks of the Fourth Estate and a short time later it all began.

The one thing Dad taught me up front was the more you can do in this business the more valuable you’ll be as an employee.

He was the best newspaper man I knew. Before passing away in September of 2003 he had been publishing papers for more than 50-years. Strangely enough, Dad never encouraged his sons to be a part of this wretched business — but we did anyway. Consequently, my two brothers Norman and Michael continue to be great newspaper men to this day. My sister Susan was the smart one and headed into teaching. Though not in the newspaper rut — she, on more than one occasion, has been a sounding board of ideas for me when it came to writing.

As my career began it was new and exciting. It would see me through college, and onto other experiences at a variety of newspapers that I spent time with across the state. I not only worked at the Bowie News, but at other fine institutions like the Denton Record Chronicle, Sealy News, Colorado County Citizen, Mansfield News Mirror, Weatherford Star-Telegram, Victoria Advocate, Fort Worth Star Telegram and San Marcos Daily Record.

Over the years I’ve witnessed a lot of change in technology. I remember watching dad operate a linotype machine to produce a newspaper. In the 80’s it was onto desktop publishing with Apple — and now today, News-Gate, InDesign or the like. It seems strange to be able to get news in the blink of an eye on my cell phone and believe it or not — some of it is fake.

I’ve been blessed with folks who have mentored me along the way, folks I still call friends today. Other than my family members there was one gentleman who saw me through some of my darkest times. His name was Fred Hornberger, Advertising Director at the Victoria Advocate. Fred, not a tall man, was big in heart and compassion. He befriended me and made me believe I could accomplish just about anything. From there was Mark Henry, current Vice President with Moser Community Media. Only back in the day when I first met Mark, he was president of Granite Publications. Never was there a time that Mark wasn’t there for me to bounce ideas off — or to just belly ache to. He’s been a friend for more than 30 years and has gotten me out of a few scrapes. Gary Hardee was the publisher of the Arlington Star-Telegram and was a tremendous role model. We made a formidable team Gary in northern Tarrant County and me in the south keeping the competition relegated to the east, in Dallas County. He taught me that when I’m getting chewed out by folks on the left and right side of an issue that I was “in the zone of perfection.” If folks couldn’t see what side of an argument I came down on — I was perfect.

If you ask me what the future holds for the newspaper industry, I’d tell you it’ll continue to press on. It may look a little different in the future, but more than likely, it’ll come delivered every morning in your inbox – not your mailbox.

I have no regrets as I close out this chapter of my life. I just hope you keep reading the Daily Record. It’s 110 years old. Treat it with care. lwinter @sanmarcosrecord.com Twitter: @LanceWinter