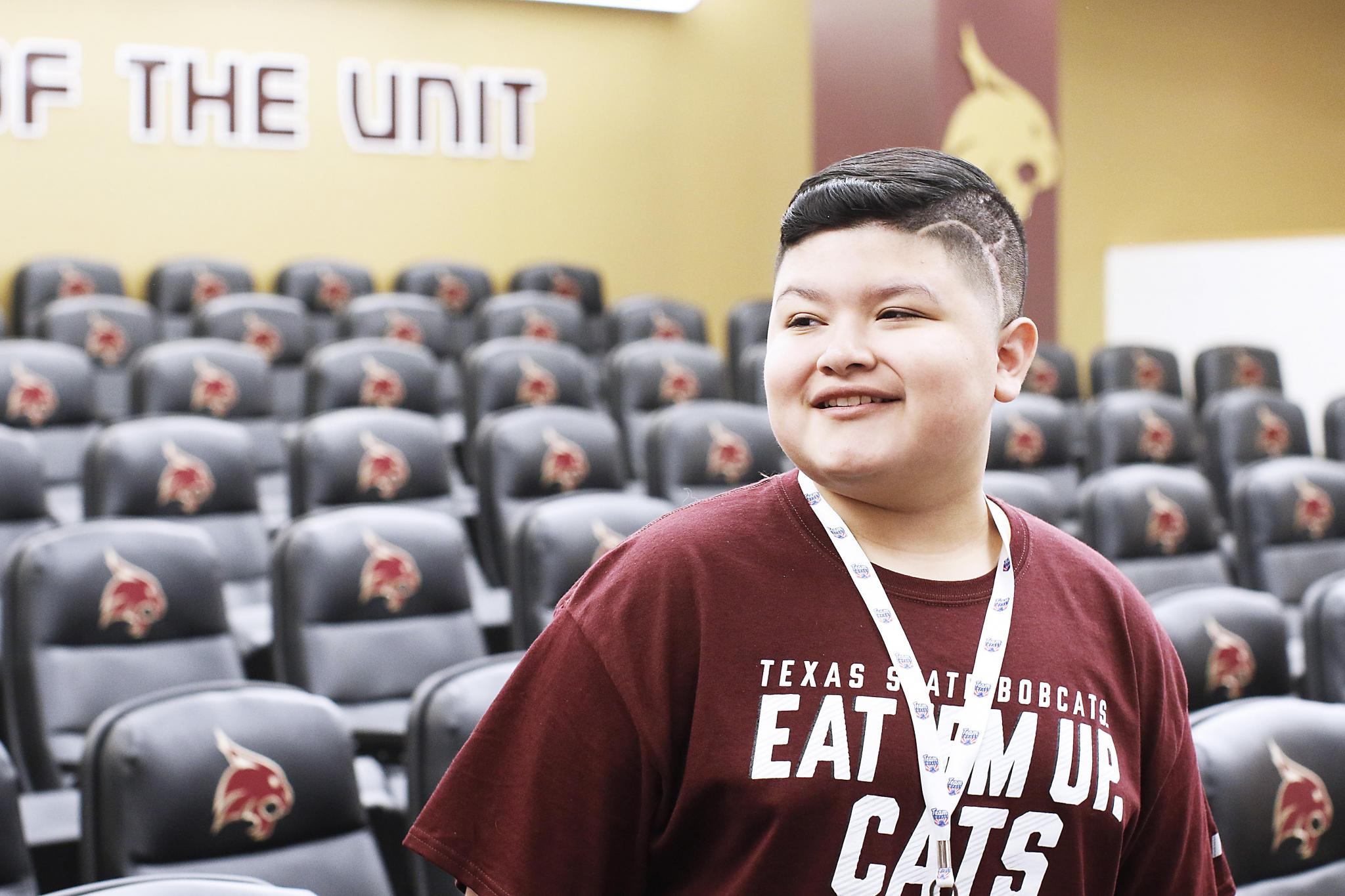 “We’re fortunate to add our 15th member to this year’s signing class,” head coach Jake Spavital said. “While we’ve had such a success in recruiting, I felt that we had not finished our signing class completely. We’re in need of an all-star and we didn’t have to go far to find this guy. Mathiaz is a courageous 14-year-old … The Texas State football program is proud to have him on our team currently.” 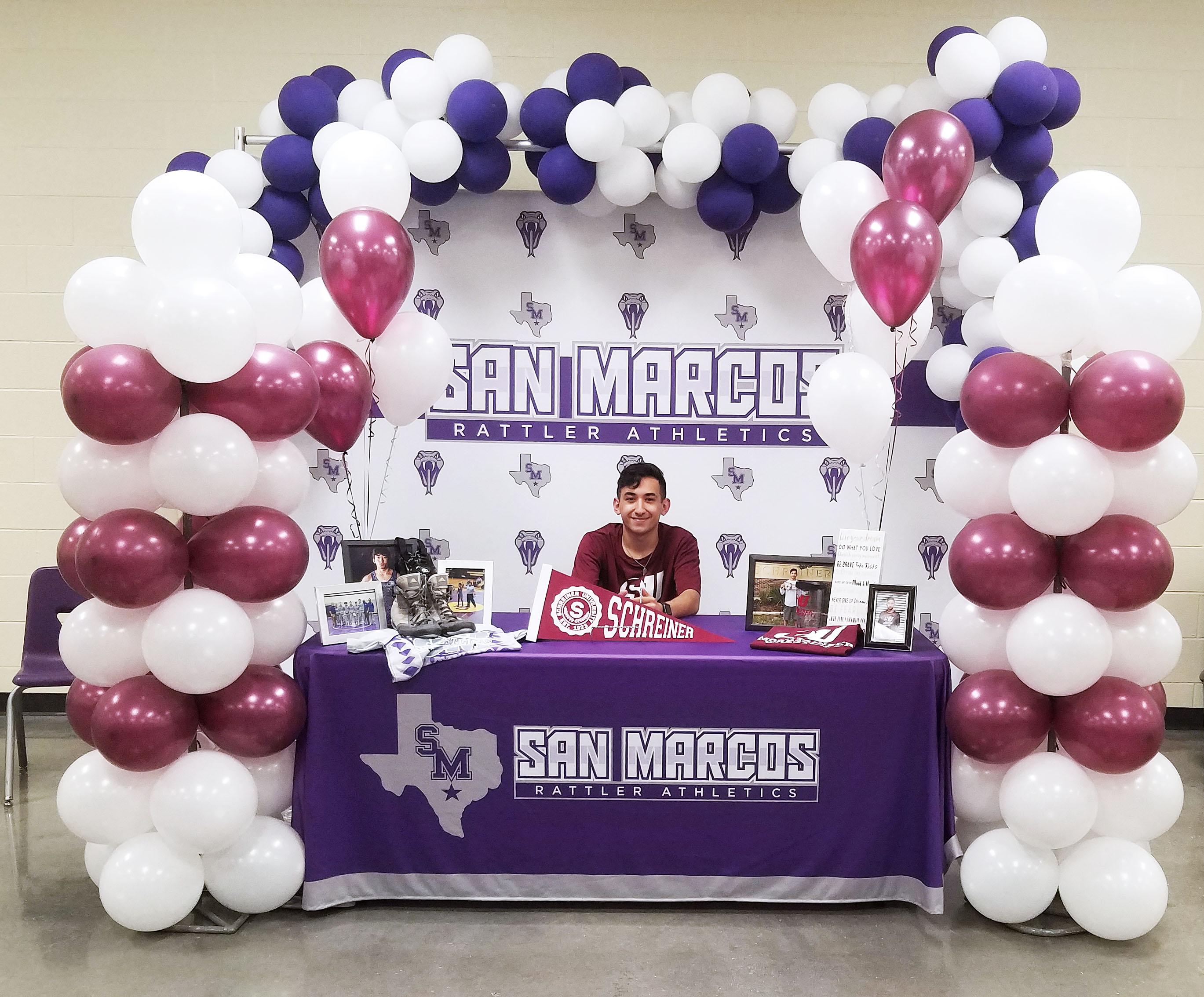 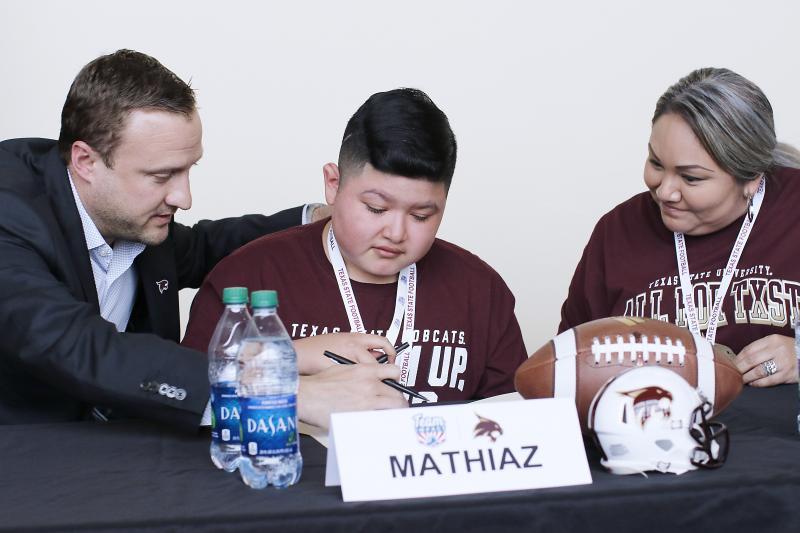 Mathiaz, a San Marcos native, was diagnosed with non-cancerous brain cysts roughly four years ago. He was eventually diagnosed with Pseudotumor Cerebri — a rare condition that increases pressure around the brain causing headaches and vision issues.

“He went from normal, being in public school, running around, playing football with friends to all of a sudden being in a room that’s dark, no noise,” Vicky Rocha said. “Not being able to get out of bed, medicines, more medicines, surgeries, hospitals, switching hospitals and lots of traveling.”

Vicky Rocha describes her son with one word — Lovable.

Mathiaz Rocha is the kid that would give the shirt off his back to someone in need, Vicky said. Mathiaz cares more about others than the pain he may experience.

“He’s that person that once you get to know him or just see him and his ways, he’s just that teddy bear that everybody likes,” Vicky Rocha said. “He’s very lovable … If he’s hurting the worst that day and somebody else is not feeling good, he’s worried about them and not himself.”

“It’s a chance of life,” Vicky Rocha said. “He’s always wanted to play football. But obviously with his conditions, won’t be able to. (This is) just a chance to be able to be normal, to be normal.”

As a member of the team, Mathiaz will attend practices, team dinners and games. Texas State players showed their newest teammate around the facility on Tuesday. Senior cornerback JT Taylor said its blessing to be a part of Mathiaz’s life.

“With him having so much going on in his life, just to be able to be a part of that joy, you know, it makes me happy,” Taylor said. “It fills up my heart. It fills up this whole organization's heart. Like looking at him right now, seeing how emotional he is, it’s just making me emotional a little bit. But, I’m just happy we’re able to make him happy.” 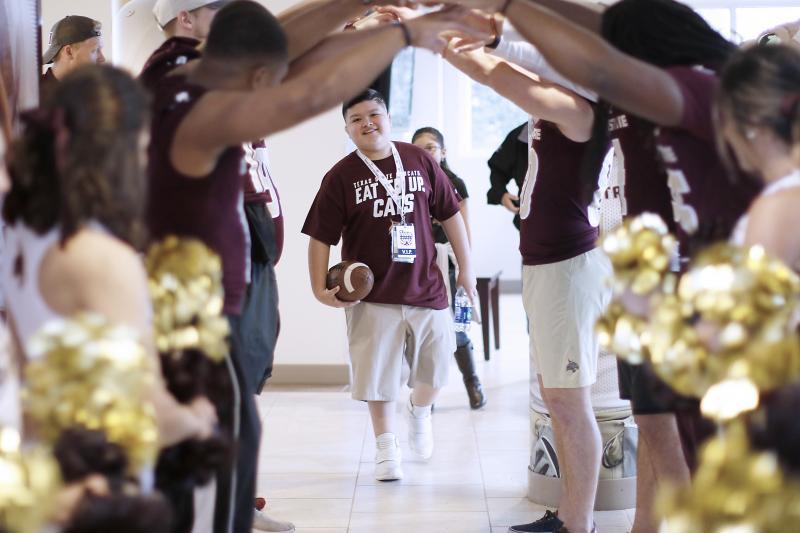 Texas State University cheerleaders and football players cheer and shout as they form an arch for 14-year-old Mathiaz Rocha to walk through for his signing of his National Letter of Intent.The signing was part of an exclusive draft day for Rocha as part of Team IMPACT, a Boston-based non-profit that connects children with serious and chronic illnesses with local athletic college teams.

After being shown around Texas State’s facility, Mathaiz signed on with his new team. It was an emotional moment for him as he embarks on a new opportunity.

“It’s too much,” Mathiaz said. “It’s like the best feeling ever.”