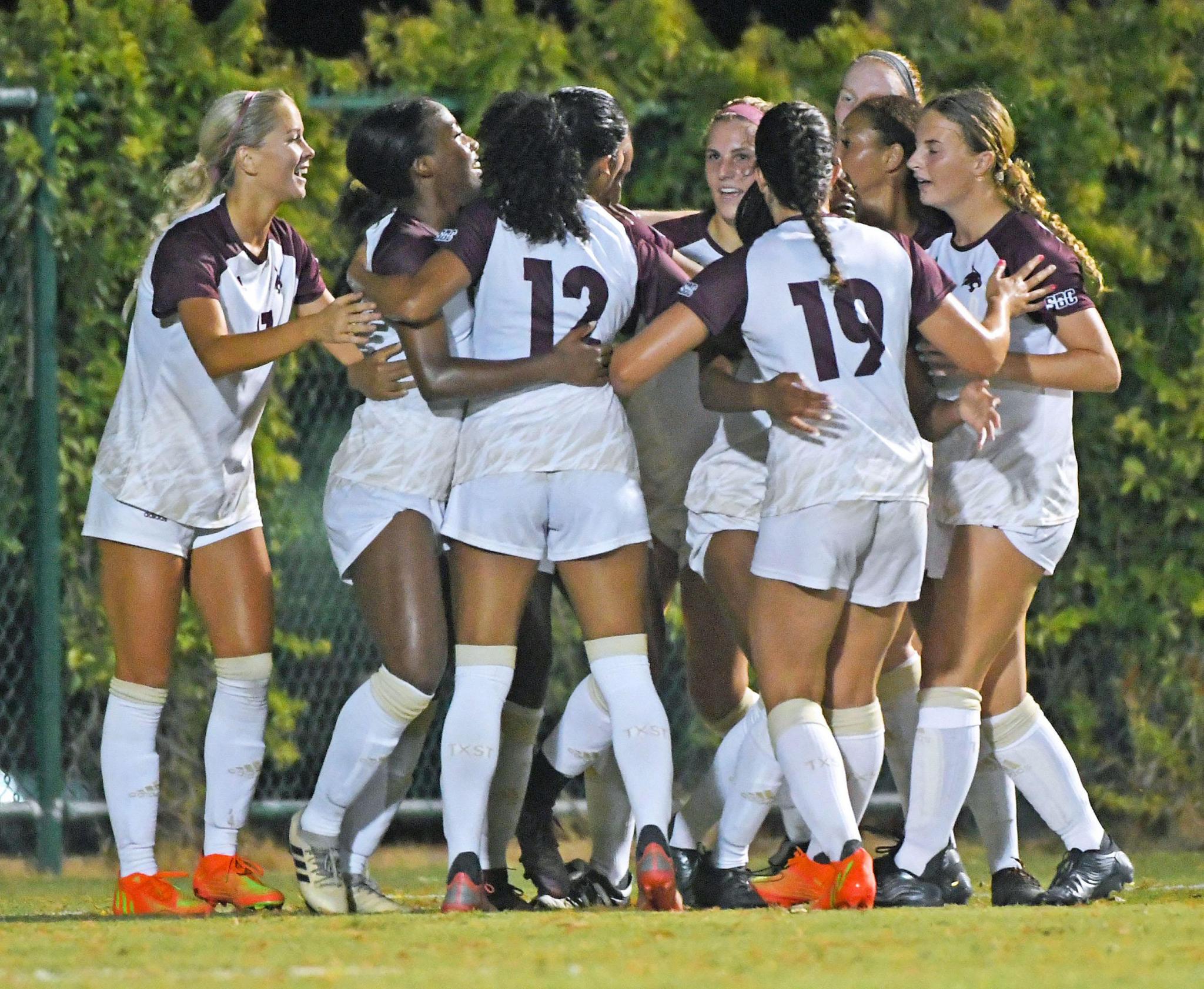 On their 28th shot of the night, the Bobcats finally put the ball in the back of the net.

Texas State opened its 2022 season as well as first-year head coach Steve Holeman’s tenure Thursday evening when the maroon and gold squared off with St. Mary’s. The ‘Cats kept the pressure on the Rattlers throughout the match, putting up 15 shots in the first half and 13 in the second.

But in the 86th minute, the Rattlers committed a foul that gave the Bobcats a free kick on their side of the field. Out of the kick, senior defender Avery Thies passed to freshman Addison Peters who lobbed a pass into the goalies’ box. The ball bounced past DiFronzo with some help from junior forward Olivia Wright, leaving a short opening for sophomore forward Zoe Junior who scored the ball near the right corner of the crossbar.

“I think we've (taken) what we've been training on really well and really implemented it in that game,” Junior said. “We weren't able to finish as quickly as we’d like, but I think every other aspect of the game was (played) really well. I realized a lot during the game, (I saw) backside was really open a lot so I just made sure to cover that space and voilà.”

“I think we made it a little more exciting than we wanted it to be,” Holeman said. “(The) shots (were) 28 to one and (we got) a goal in the last five minutes, (but) at the end of the day we got the win. It was great, it would have been nice and life would have been a lot easier if we had scored early on, but credit to (St. Mary’s), they defended really well. (DiFronzo) was good and we had a difficult time, but at the end of the week we got one, so it was nice.”

Although it’s only Texas State’s first game of the 2022 season, the Bobcats had one key evaluation point in their opener with St. Mary’s — finishing their shots.

“I think the most obvious thing (we can improve on) is the ability to finish,” Holeman said. “We had two really tough preseason games and we spent a lot of time defending early in the season, but the good news is we did have a shutout. So that's a positive for sure. I think we defended really well and that's a result of our two exhibition matches. So we'll certainly spend some more time in front of the goal and work on our ability to put the ball on the back of the net.”

The maroon and gold will face off with Incarnate Word in their next match when they return to Bobcat Soccer Complex Sunday evening at 7:30 p.m. The ‘Cats are looking to continue improving each game throughout the rest of non-conference play.

“We just want to get better every day,” Holeman said. “I think we got better defensively from last week. And as we head into Sunday, we obviously got to get better in front of the net. We want to just continue to improve. The girls are really starting to buy into the system. They're working really hard, even if that game ends 0-0 — we know with the new rule change that we weren't gonna get a chance in overtime — it would have been a disappointing tie, but (I’m still) certainly proud of their effort and their work rate. They left it on the field and that's the game of soccer sometimes, so we'll just continue to improve every day.”