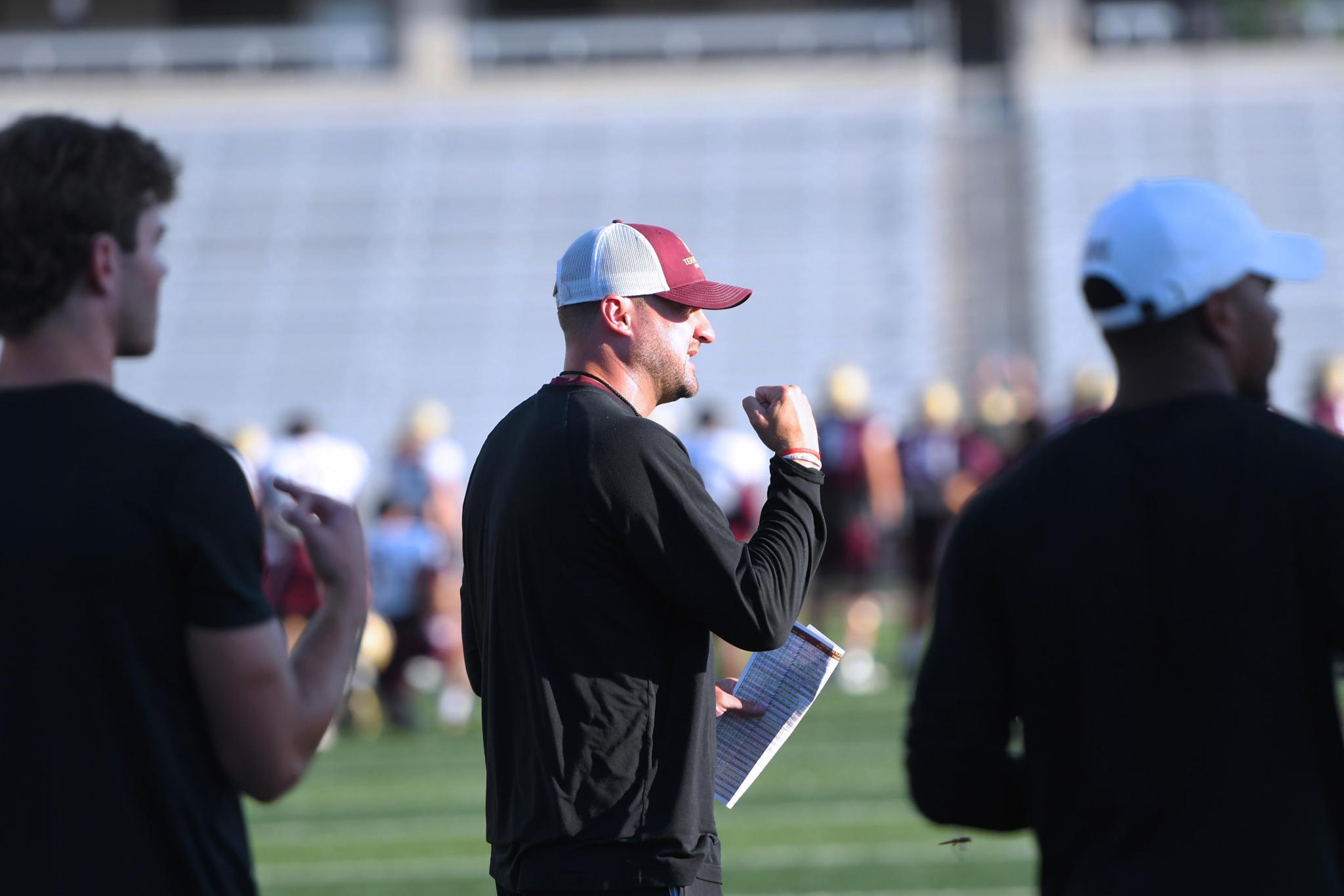 The Bobcats know their performance against Nevada on Sept. 3 was disappointing.

Texas State head coach Jake Spavital opened the team’s annual Tuesday press conference describing the frustration and displeasure the ‘Cats felt after their season-opening loss to the Wolf Pack. Considering the Bobcats were right in the game heading into the second half — trailing only 14-7 — the avalanche of turnovers and mistakes to start the third quarter was a tough pill for the maroon and gold to swallow.

The ‘Cats’ biggest issues on Saturday in the eyes of the coaching staff and the players were physicality and poor play on offense and special teams. The maroon and gold lost the line of scrimmage battle, which led to redshirt junior quarterback Layne Hatcher being pressured throughout the game. It prevented Layne from going through his progressions and reads, and most likely contributed to his turnovers as well.

Team captain redshirt junior offensive lineman Kyle Hergel feels like he and the unit up front will have to do a better job of protecting.

While Hergel recognized the importance of accountability, as a fifth-year player he also made a point to give his teammates some words of positivity and to keep perspective. Redshirt senior linebacker Sione Tupou discussed Kyle’s leadership after the game.

“It’s only week one, you know, and one thing (is) Kyle Hergel came up to me after the game and he was just telling us the reassurance (and) that it’s week one,” Tupou said. “We still have a long season ahead of us. You know, once the clock hits zero, (and) once the deciding factor is set, all you can do is move on. So that’s what we’re trying to do this week. Move on to (Florida International) and just leave (the Nevada game) in the past.”

Texas State returns to Bobcat Stadium for the first time since 2021 on Sept. 10 to match up with Florida International (FIU) in their home opener with kickoff set for 6 p.m. The Bobcats won last year’s matchup with the Panthers 23-17 in overtime in Miami, Fl. The maroon and gold will look to replicate that result to get back on track in week two.

“I think that we put a lot of pressure on ourselves that first game and we’re going to come out and battle on Saturday. That’s all we can do, right?” Hergel said. “And I think being in front of our home fans, you know, they’re gonna get this place rocking. I hope it’s a nice crowd out there. There’s gonna be family members from our guys, there’s people that you see around every day and it’s awesome. We just love being able to strap it up for our fans and (be) out there and (play) our heart out for them.”