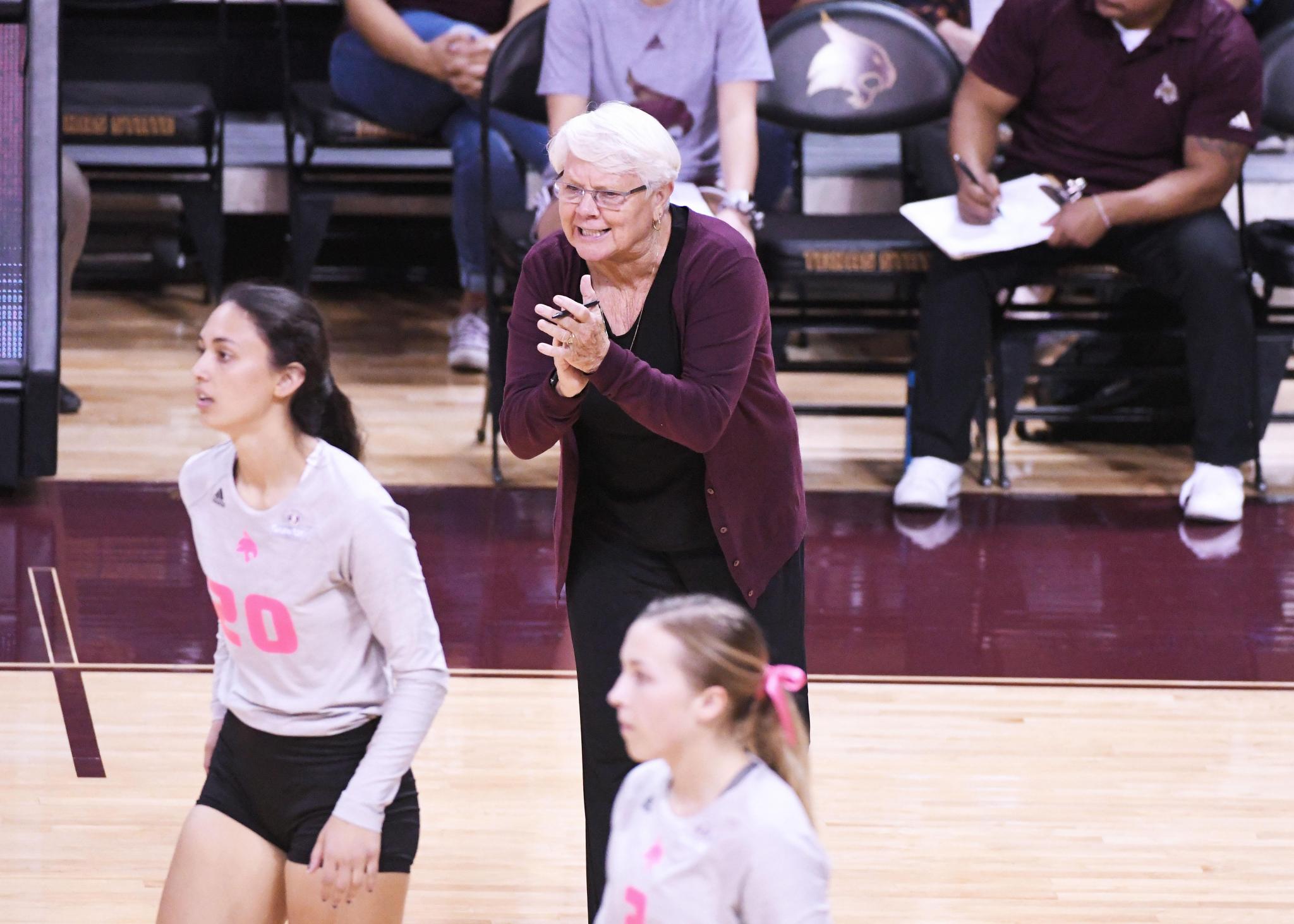 Karen Chisum wanted to go out on top.

The Texas State Volleyball head coach capped off her 40th season with the Bobcats claiming the Sun Belt regular season and tournament championships and making an NCAA Tournament appearance for the second year in a row. She became the seventh NCAA Division I head coach in history to reach 900 wins and won her seventh conference Coach of the Year award.

It ended up being her final season with the maroon and gold. Chisum retired on Dec. 9 after leading the team to a 24-9 record.

“When can someone have this great of a season again, with all those things to put on the resume?” Chisum said after retiring on Dec. 9.

The now-former head coach’s storybook ending of a season grants her one more crown as the Daily Record’s 2019 Coach of the Year.

Les Davis oversaw the Bears’ return to the playoffs for the first time since 2015.

SMA went 6-4 overall in the 2019 regular season, including a 5-1 non-district record, finishing in fourth place in TAPPS Division III District 3 and claiming a spot in the postseason.

Like Chisum, Harrington stepped aside after winning a Sun Belt title.

Harrington pushed Texas State to a 36-20 season, ending the year with a 20-10 conference record. The Bobcats defeated UT Arlington in both games of a doubleheader on the final day of the season to win the league championship,Harrington’s first since the Bobcats moved to the Sun Belt.

Harrington’s career ended on June 20, when he retired after 20 seasons with the program.

Texas State broke the program’s all-time wins record with a 24-10 overall record in 2018-19. The team took the No. 4 seed into the conference tournament and reached the Sun Belt semifinals before getting bounced by eventual champion Georgia State, 59-46.

The maroon and gold also received an invite to the CollegeInsider.com Tournament, but saw their season come to an end on March 23 after falling to Florida International inside Strahan Arena, 87-81.