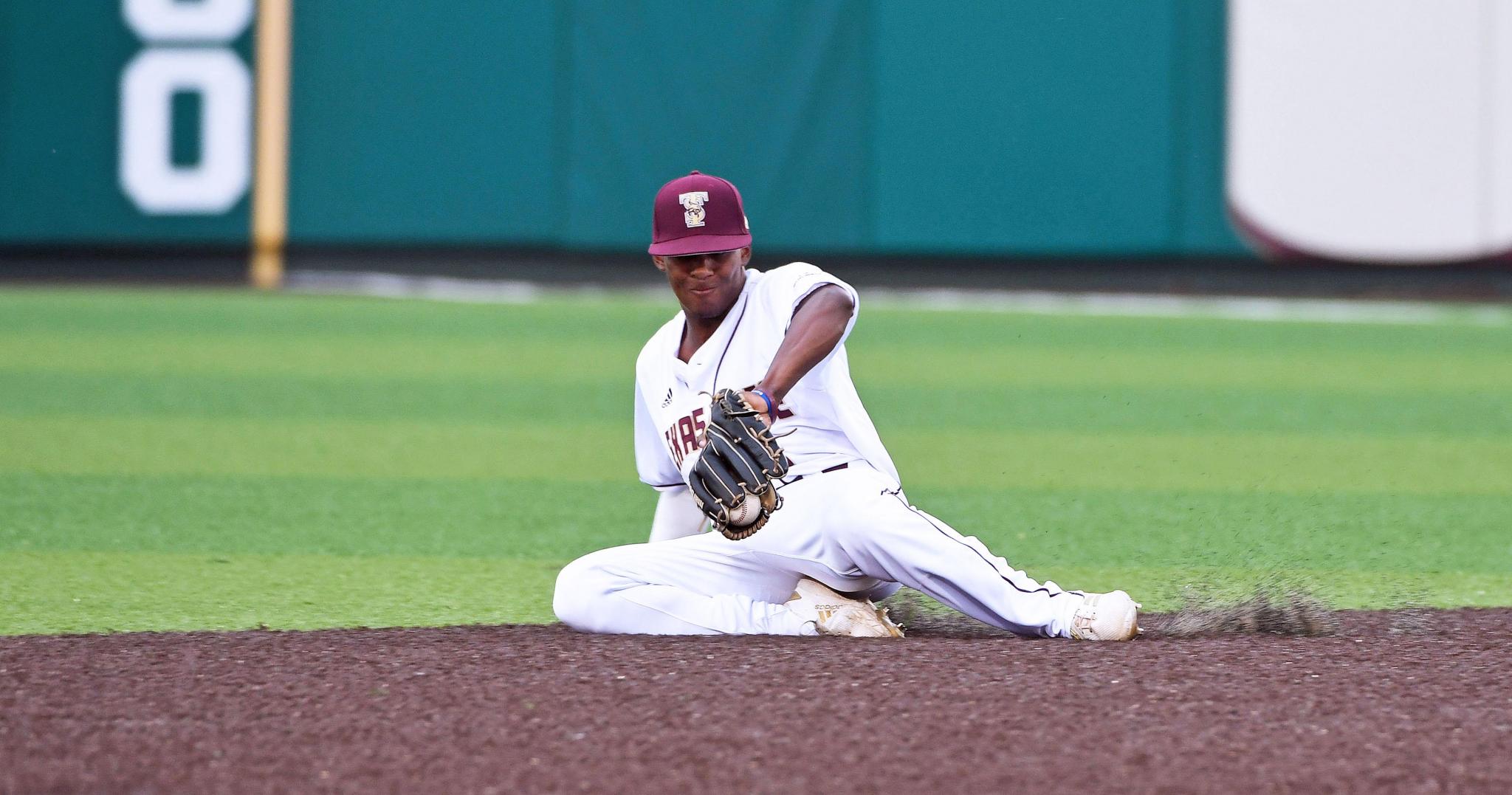 Texas State was hosting Utah on Feb. 15 in its season-opening tournament. Williams started at second base and batted in the 7-hole in his debut with the maroon and gold.

The Howard College transfer went 2-3 at the plate, drawing a walk and hitting two singles that led to one run scored and another batted in. Williams also assisted on three plays and caught one popout with no errors in the 8-3 win.

Williams became one of the steadiest players on former head coach Ty Harrington’s roster, starting in all but two games and rising to the No. 2 spot in the batting order by the end of the season. The Rosenberg native finished the year with a .318 batting average, racking up 68 hits, five homers and 29 RBIs, and committed just eight errors on 236 chances for a .966 fielding percentage.

The middle infielder was named to the 2019 All-Sun Belt Conference First Team after helping the Bobcats grind out a 36-20 overall record and win their first regular season league championship. Williams’ consistency on the field in his first season in San Marcos earns him the Daily Record’s 2019 Newcomer of the Year title.

Diaz became one of the Lady Rattlers’ top offensive options in her first season with the varsity crew.

The junior led the team this year with 335 kills, averaging 2.7 per set. Diaz also reached her season-high of 16 kills twice this season, the first on Aug. 9 in a 2-1 tournament win over Houston Alief Elsik and the second on Sept. 17 in a 3-2 district road loss to Converse Judson. Diaz was also named an All-District 26-6A Honorable Mention.

Shead had to stay patient for his turn but it all paid off for him.

The point guard from Pflugerville walked on at Texas State after transferring from California Polytechnic State. He was forced to sit out the entire 2017-18 season due to NCAA transfer rules. But after starting point guard Marlin Davis went down with a season-ending injury, Shead finally got his chance to shine inside Strahan Arena.

Shead was one of three players on the roster to play and start in all 34 games in the 2018-19 season, averaging 7.9 points, 4.3 rebounds and 4.8 assists per game. He led the Sun Belt with a 2.3 assist-to-turnover ratio and helped the Bobcats achieve the best record in program history at 24-10.

The Dallas Lincoln graduate began her rookie year on the bench, but started the final 12 games of the season for the Bobcats. As a wide-eyed freshman, Taylor tied former guard Toshua Leavitt for a team-high 102 assists despite playing 455 less minutes.

Taylor’s passing numbers have taken a jump in her second season at Texas State. The sophomore now No. 1 in the conference with 4.6 dimes per game and ranks third with a 1.3 assist-to-turnover ratio.