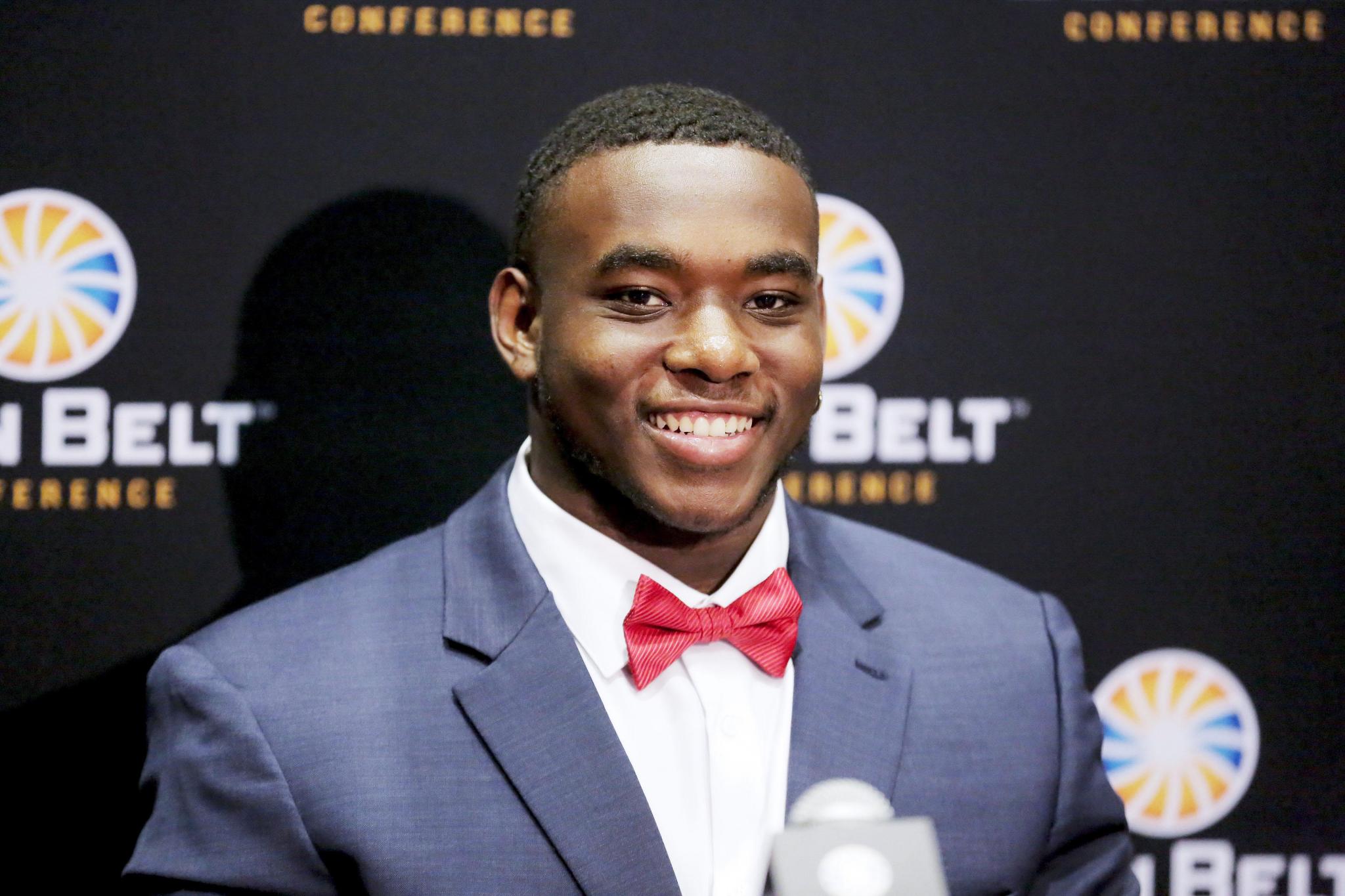 From Bearkat to Bobcat: Aaron Brewer ready for final season at Texas State

NEW ORLEANS — Aaron Brewer was going to be a Bearkat.

Heading into his senior season at Dallas Skyline, the offensive lineman wasn’t getting much attention from college football teams. Brewer broke his forearm during his junior season and missed multiple games.

“We had got close,” Brewer said. “Sam Houston was really the best school at the moment that I had. I was very close (to going), actually.”

The players thought of joining forces like an Avengers movie and dominating the Southland Conference. Brewer was sold enough on the idea that he made his commitment with the Bearkats official on Jan. 19.

But something still didn’t feel right to Brewer. Ten days later, he made an official visit with Texas State.

“One of the big factors I had coming into college, coming from high school, I wanted to make sure I can feel comfortable living somewhere for four years away from home,” Brewer said. “Because everyone had told me 'You don't want to go somewhere just because the program or the coaches. You want to be able to be comfortable. You're away from your family for four years, this is your new family.' When I came out here I just felt welcomed and it just felt like home. I didn't feel no type of butterflies or nervousness, like nothing coming out there to San Marcos. It just felt like home.”

The offensive lineman flipped his commitment to the maroon and gold on Jan. 31. Brown and Tutt followed him to San Marcos, with all three players inking letters of intent on National Signing Day on Feb. 3.

Sims and Stewart stuck with Sam Houston State, each signing the same day. They both helped the Bearkats claim the 2016 league title and still remain on the roster.

Brewer doesn’t have any regrets looking back. In fact, he’s proud of the decision he made. Playing for the Bobcats has pushed him from being a two-star prospect out of Skyline into a three-time preseason All-Sun Belt Second Team selection and the highest-graded run blocker in the conference by Pro Football Focus.

Heading into his final season at Texas State, Brewer’s got a lot left on his bucket list. He wants to pancake at least 125 defensive linemen in 2019. He wants to make the end-of-year All-Conference First Team for the first time, as well as earn All-American honors. Actually, he wants the Bobcats’ whole O-line to earn accolades.

But mainly, Brewer wants to win. He wants to end his time with the Bobcats with no regrets, just like when he made the decision to join them.

“What I'm looking forward to the season is for us to win, of course,” Brewer said. “I just want to embrace every moment and take full advantage of every opportunity this season. Like, don't leave no doubt or nothing and enjoy everything I’m doing.”