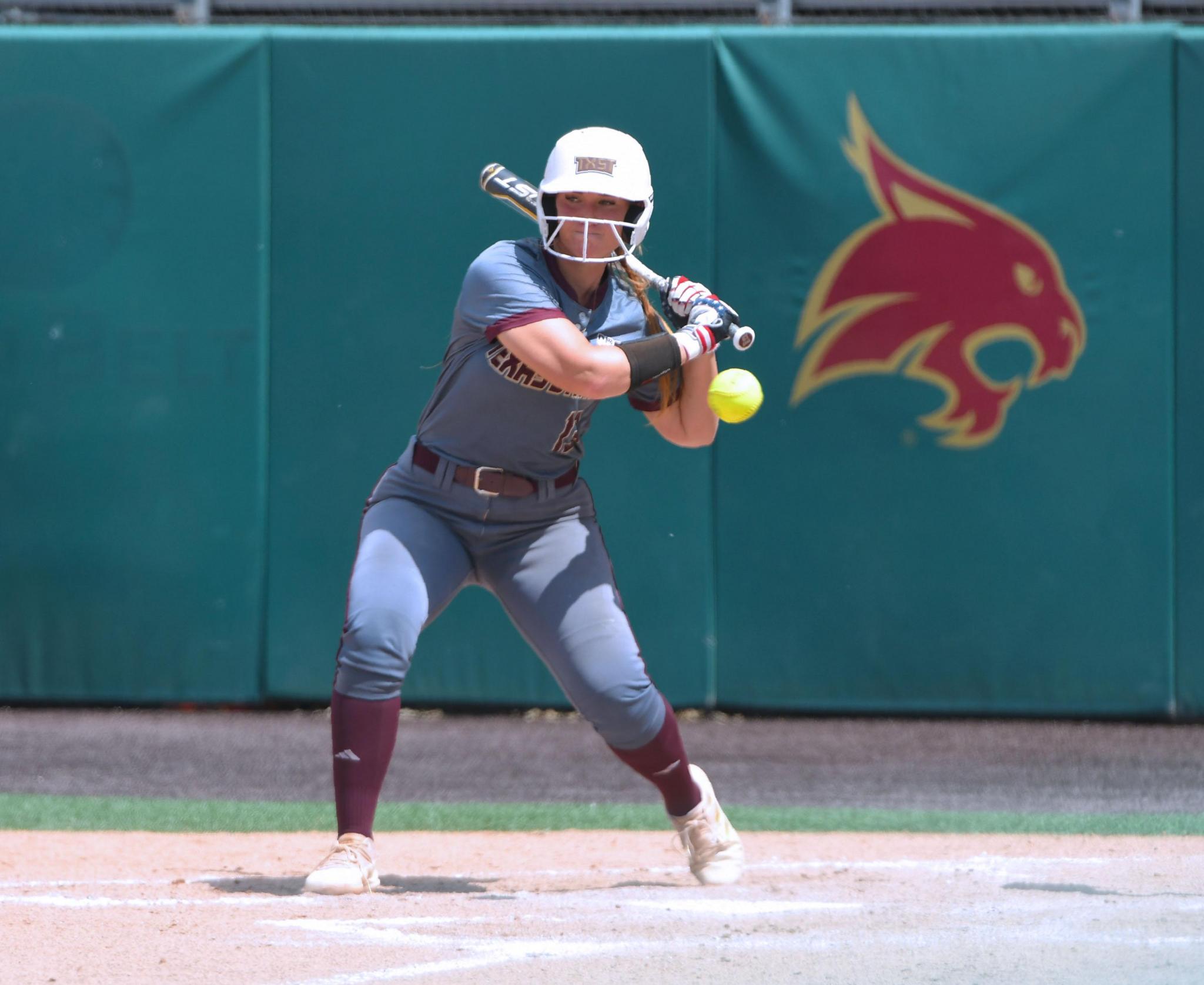 Texas State Softball reached the Sun Belt tournament championship game for the first time since 2018 on Saturday, but fell to Louisiana in the final round.

“Hats off to Louisiana, congratulations on a great season,” head coach Ricci Woodard said. “Obviously, they definitely outplayed us in that ballgame and it’ll be fun to watch them because they’re a great team. So it’s gonna be fun to watch them represent the Sun Belt over the next couple of weeks, I hope.”

The No. 3 seed Bobcats needed two wins to take home the conference trophy after falling to the Cajuns in the semifinal round in eight innings, 1-0. The loss set up an elimination game with No. 9 seed Coastal Carolina Saturday morning.

The Chanticleers took a lead early with a run in the bottom of the second inning but the maroon and gold came back with scores in the third and fifth frames to win the game. Sophomore right-handed pitcher Karsen Pierce received the win, allowing five hits, one walk and one run while striking out six  and pitching the complete game. Junior third baseman Sara Vanderford and sophomore second baseman Claire Ginder each swung for two hits.

Texas State’s championship game against the Ragin’ Cajuns started one hour and 36 minutes later. Louisiana led off with a run in the top of the first inning but the Bobcats tied it up on an RBI single by senior catcher Caitlyn Rogers in the bottom of the third.

Neither team scored in the fourth, but Louisiana began hammering away in the top of the sixth. The Cajuns swatted four home runs over the fence, hanging a six-spot on the maroon and gold. Texas State wasn’t able to mount a comeback, suffering the 7-1 loss.

The Bobcats did not receive an at-large bid in the NCAA tournament, ending their season at 38-19 overall and 19-8 in Sun Belt play. The team will lose six seniors in the offseason, but bring back a majority of its starters.

“I thought we finished strong,” Woodard said. “And you know, we didn’t start off really well with 10 new players and having to figure out who we were and how we were gonna gel. But if you look at the last month of our season, it all kind of came together. So it’s tough to kind of finish it this way when I thought we were a better ballclub than what we showed today. But otherwise, I couldn’t be more proud of the way we progressed throughout the season. It’s just what you want your team to do.”