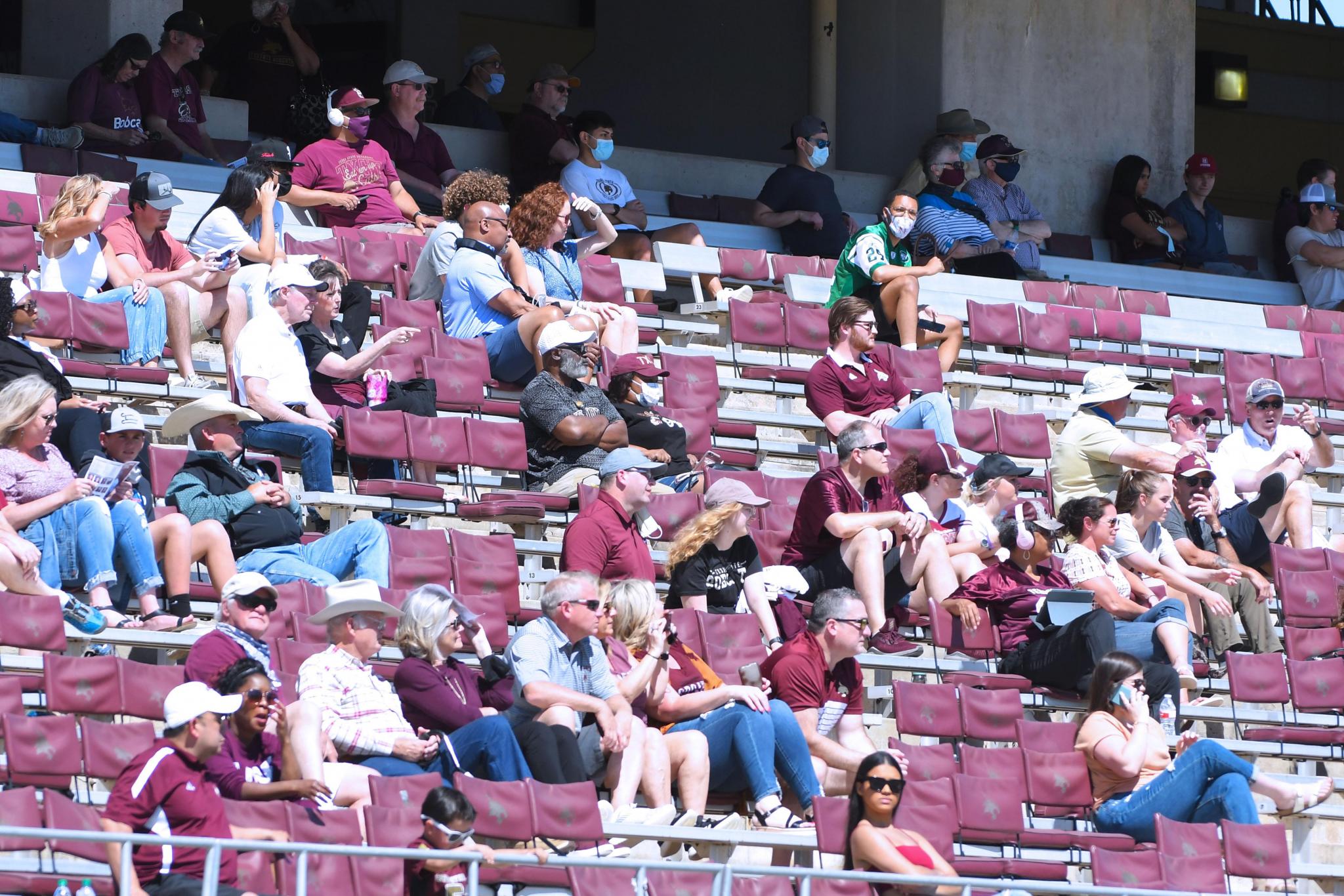 Bobcat Stadium will have a multitude of improvements on gameday for the 2022 season, Texas State Athletics announced Aug. 25.

Texas State improved its average attendance to 17,686 in 2021, but is still looking for ways to fill up the stands and keep fans at the stadium for the duration of the game.

Due to the success of Katzengarten, Texas State will be adding another hospitality area for the 2022 season. The new area is named “Cypress Cove,” and will be located on the outside of the west side complex in front of gate two prior to games. Cypress Cove will also have food and beverages available, as well as a shaded, grassy area to give fans another option if they don’t have a tailgate setup.

The Bobcats have also installed new fans in the Diepenhorst Champions Club, and have repainted the field to enhance current on-field logos.

There will also be new priority seating at Bobcat Stadium in 2022. Sections 101-105 located behind the Bobcats’ bench have undergone an overhaul with newly renovated cushioned chair back seating and a wider seating layout.

Earlier tailgating times are another addition to the gameday experience in 2022. Parking lots will now be open to Bobcat Club members and Bobcat Club lots at 8 a.m. during home games. For all other Bobcat fans, lots will be open six hours before game time.

Another area of focus for Bobcat Stadium was improving concessions. Both main concession areas on the east and west sides of the stadium have been reconstructed to be more efficient, and the stadium has also installed new hard-wired data lines at all satellite and permanent stands to create faster transaction times and reduce the wait for fans in line at concession stands. Texas State has also installed new digital menu boards at all stands in the stadium. Texas State students are also now able to use bobcat bucks and meal swipes at all concession stands, and fans can now use the Grubhub app for mobile ordering while in their seats.

Texas State football kicks off its season on the road against Nevada on Sept. 3 at 4:30 p.m. The Bobcats’ home opener will occur the following week against FIU inside Bobcat Stadium on Sept. 10 at 6 p.m.