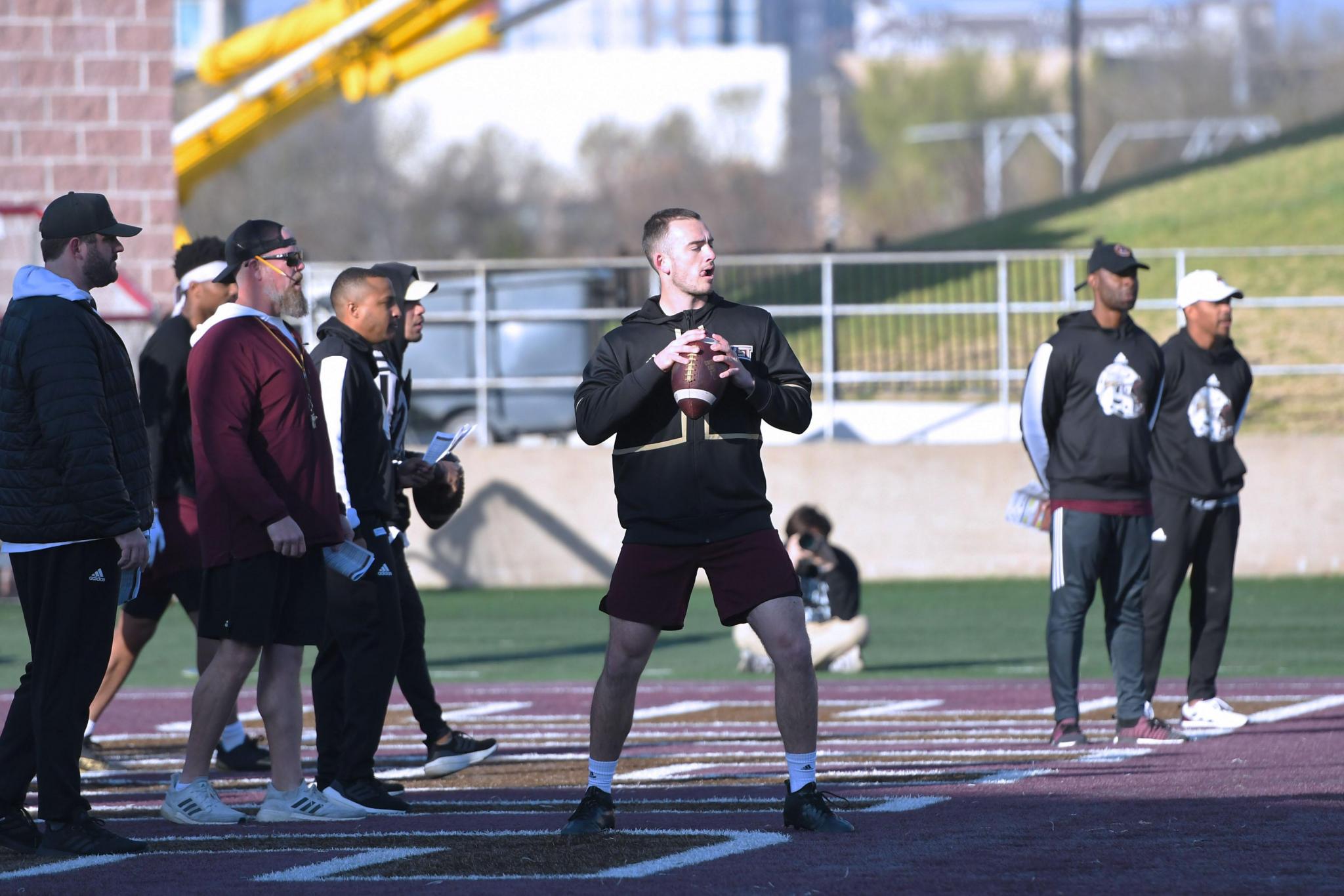 After Texas State’s practice on March 24, head coach Jake Spavital and redshirt junior quarterback Brady McBride met with each other to discuss McBride’s future with the team.

Spavital kept the details of the conversation to himself but said it ended with a mutual understanding that it’d be best for the quarterback to enter the transfer portal. At 5:12 p.m. that day, McBride announced his decision on Twitter, thanking his coaches, trainers and teammates.

“I loved my time here at Texas State but I will be moving on and entering the transfer portal with 2 years (of eligibility) remaining,” McBride said in his tweet. “I’m excited for my next chapter and can’t wait to see what’s in store. Thank you and God bless.”

With McBride gone now, though, it leaves redshirt sophomore Ty Evans and sophomore Tanner Prewit as the team’s longest-tenured signal-callers — neither of whom have thrown an in-game pass since joining the Bobcats.

Spavital wasn’t completely caught off guard, though. The head coach knew that McBride leaving was always a possibility and made sure he had contingency plans in place in case it happened, bringing in Arkansas State transfer Layne Hatcher in December and Syracuse transfer Dillon Markiewicz in January. 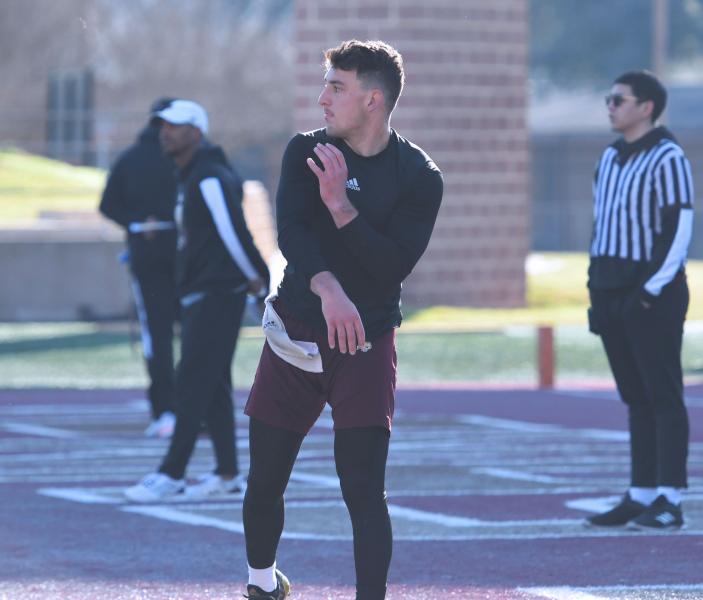 “You have to bring in as many guys as you can, especially in today’s time,” Spavital said after Tuesday’s practice. “You gotta try to keep the competition up as high as it can go and we’re still looking at planning on bringing in more quarterbacks. You know, that was the plan initially anyways. So it’s just, that wasn’t the leading decision to all of it. It’s just as a coaching staff, you know, you have to prepare for the worst.”

McBride’s departure was the latest for an offense that’s undergone wholesale changes across the board this offseason. Earlier this year, offensive coordinator Jacob Peeler was hired as the wide receivers coach at Mizzou, running backs coach and special teams coordinator Nick Whitworth accepted a job as a tight ends coach at Washington State and offensive line coach Jim Turner moved on to hold the same position with the New Orleans Breakers of the USFL.

Spavital’s filled the vacancies over the last few months, though he’s intentionally left the offensive coordinator spot open. As the team’s play-caller over the last two seasons, Spavital plans to handle most of those duties himself. What he isn’t able to do, the rest of the staff can take care of by committee.

“Titles always get interesting. You know, titles are more for negotiation purposes for contracts more than anything,” Spavital said. “But at the end of the day, I’m the one calling the plays and I’m the one scripting the plays and coordinating it. So it’s just like, I’ve got some guys that had opportunities to go and maybe down the line there’ll be negotiations for coordinator titles … And our kids, they don’t know any different because at the end of the day, I’m the one that’s always been addressing the offense, talking with them and running the meeting. So all they have is just a different face in the meeting room at times.”

Spavital said he wants his assistants to versatile enough to coach multiple positions. For instance, he typically wants his tight ends coach to be the “next up-and-coming” offensive line coach. When Turner left, Brian Hamilton — who coached tight ends in 2020 and ‘21 — was promoted to O-line coach. Spavital hired Boone Feldt, a graduate assistant with the team since 2019 and a former O-line coach at UT-Permian Basin, as a full-time staff member to fill the tight end void.

“Kind of the way I’ve been taught on how you do your staff is you have, really, three guys that always stack on top of each other at certain positions — you know, really except quarterbacks,” Spavital said. “So like, I’ve got guys that can coach running backs, tight ends and receivers all together, meeting in the same room. I’ve got guys that can coach tight ends, running backs and also the offensive line all in the same room. So we all have to be on the same page with it.

“I think our staff is probably as close as it’s ever been.”

Texas State’s added 13 recruits to the 2022 roster so far — two true freshmen and 11 transfers. Of the 13, eight of them will suit up for the offense: Hatcher, Markiewicz, running back Joshua Berry, wide receiver Demarcus Gregory, tight end Donavon Johnson and offensive linemen David Hensley, Evan Lovell and Richard West.

The head coach will bring in even more new faces. Spavital said there are “five or six” players who’ve verbally committed but aren’t able to officially join the roster until scholarships open up after spring graduation. He’ll also have a clearer picture of who’s in the transfer portal after May 1, the last day for athletes to add their names while retaining eligibility for the fall season.

The maroon and gold will unveil the new-look offense at the team’s 2022 Spring Game next Saturday, April 9, at 11:30 a.m. inside Bobcat Stadium. But even the offensive unit that lines up in the scrimmage won’t be the same as the one that suits up for the season opener.