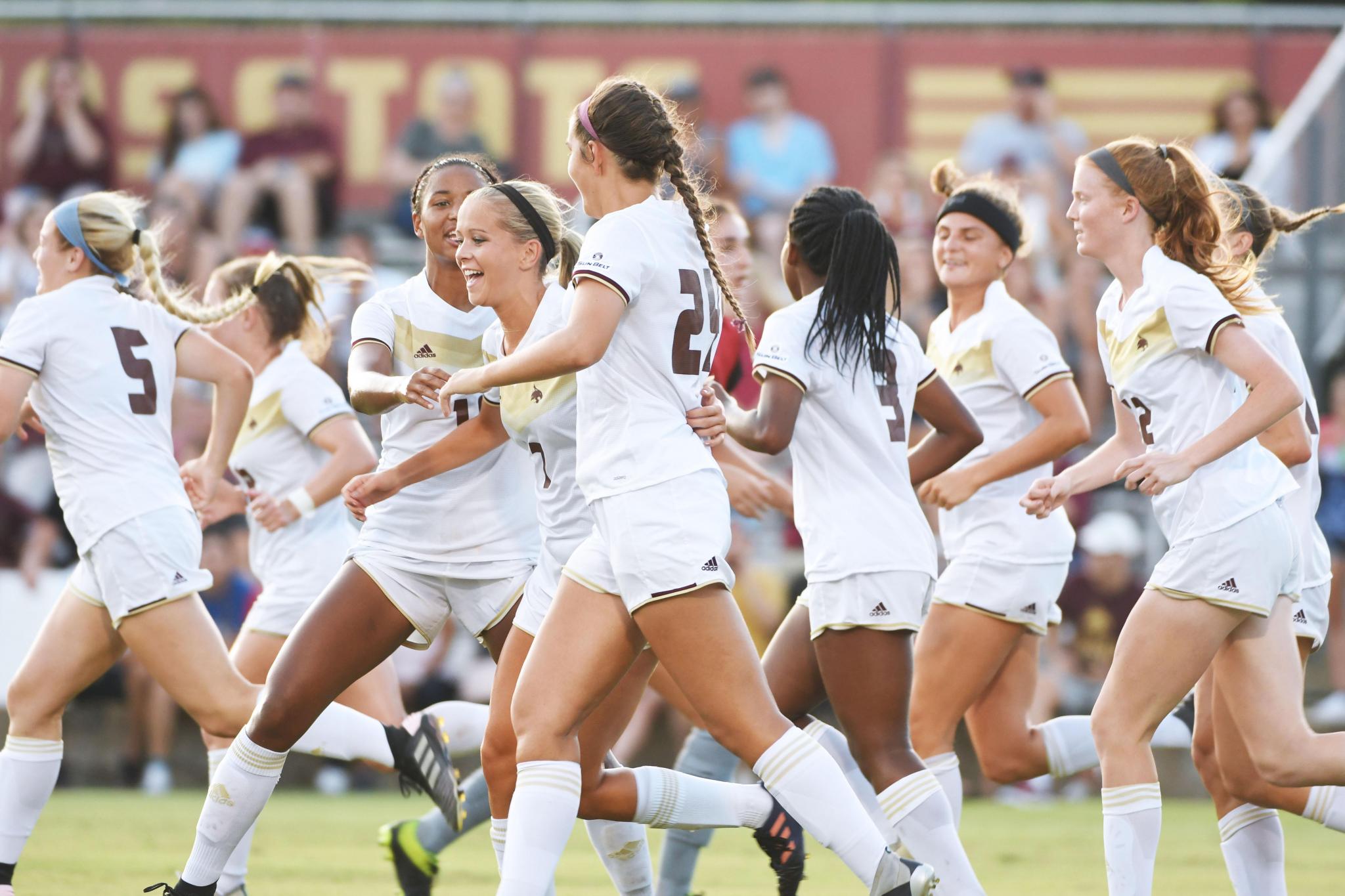 Texas State picked up its third consecutive win of the season Friday to mark the best start to a season in program history with a 3-0 record.

The Bobcats (3-0) edged out I-35 rival UTSA (1-1), 1-0 in its first road game of the season, extending their undefeated streak to 16 games — tied with UCLA for longest active streak in the NCAA.

The Roadrunners challenged the visitors in the opening minutes of the match, holding possession for the majority of the time. Texas State capitalized on its chances when they came, though.

Junior defender Sarah Everett sent a free kick into the box in the 11th minute of the first half. The ball found Kaylee Davis in close-range, who snuck the ball past the past UTSA freshman goalkeeper Jil Schneider for her first score of the year.

The Bobcats kept badgering the hosts for the rest of the half. Sophomore forward Hannah Solano and defender Addison Gaetano each sent shots on goal in the 25th and 35th minute of the period, respectively. Both tries were saved by Schneider.

The Roadrunners didn’t make it easy. Senior defender Camrynne Hoover fired from deep with three minutes remaining in the half. The ball flew too high, barely missing the crossbar. UTSA outshot Texas State 8-5 during the first 45 minutes.

The second half saw the visitors sitting on their lead, allowing the hosts half as many shots in the second period. Texas State held off the Roadrunners to complete the victory, 1-0.

Senior goalkeeper Heather Martin finished the game with three saves on the day and hasn’t allowed a goal all season. It’s the first time in Bobcats history the team started out with three consecutive shutouts.

Everett was credited with the assist on Davis’ goal, her first of 2019. Davis’ score ties her with Jaynee Sherman (2001-04) for fourth-most goals in school history with 26.