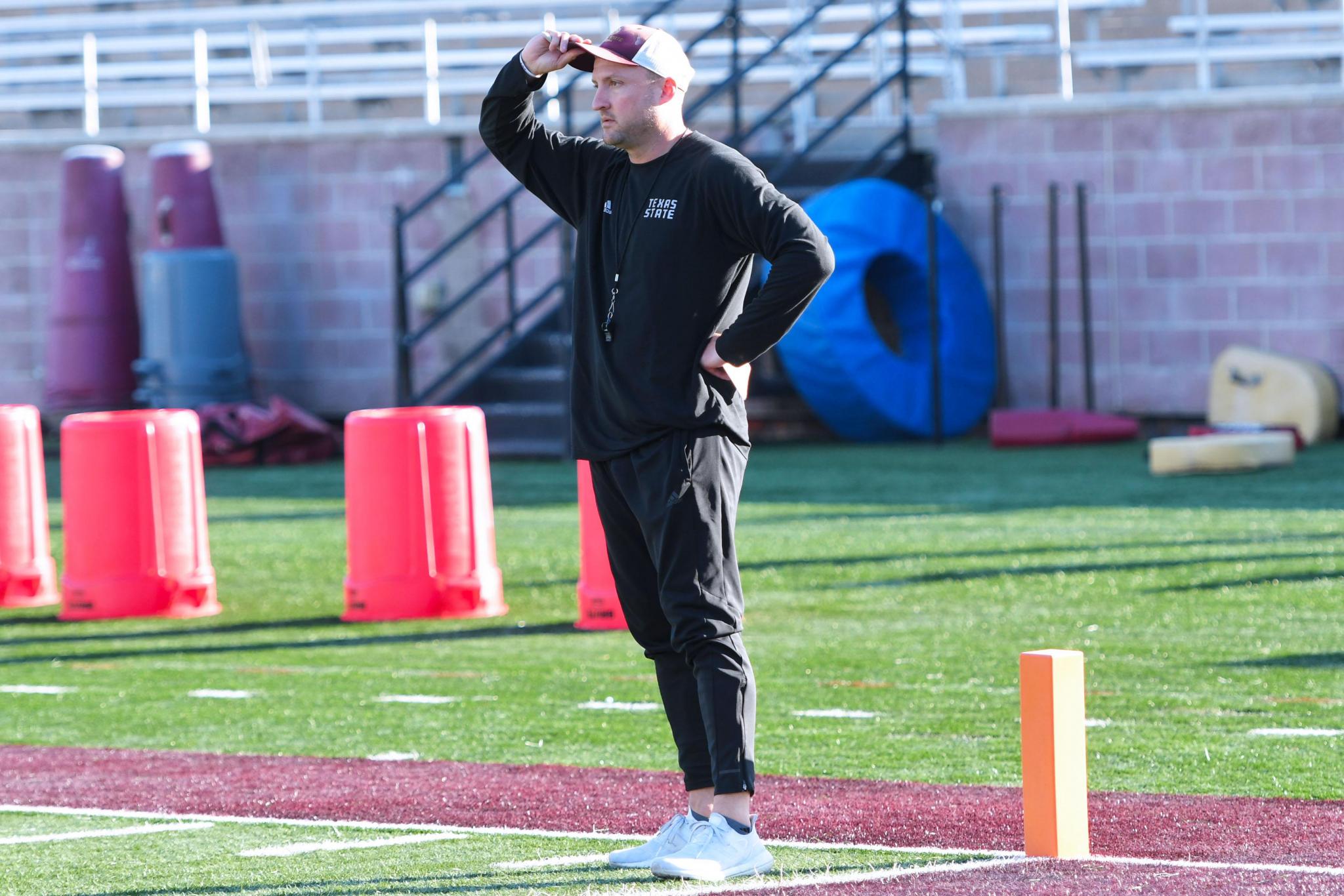 Bobcats up the ante, prep for Sun Belt play

“Yes it’s (still) going to work every day but it’s times 10 knowing we’re going into conference,” Revels said. “Knowing this really means something — all the games mean something — but conference play is where it’s really at.”

“(We’ve felt our players up the ante), they know what’s ahead of them. You know, we talked about (how) our urgency’s got to increase, the consistency’s got to increase, and our preparation has to be on point this week,” Spavital said. “You know, we have to understand the assignments of what needs to be accomplished and there’s more about just understanding the game plan. There’s also a lot to making sure that your bodies are in the best position you can possibly get them in because typically you have a bye week roughly around this time and we still got a whole month left to football before we get to a bye week.”

The Bobcats added GPS trackers to the football budget over the summer, which allows them to get a better grasp on who needs recovery and who can keep pushing. Spavital also mentioned how some players — like sophomore receiver Ashtyn Hawkins — can run “for days” without wearing out their bodies, but others may need to pace themselves a bit more.

“There’s got to be some recovery aspects (that) we’ve got to make sure that we’re doing correctly. That’s just the way the schedule was handed to us. So we’re kind of editing our practice a little bit in terms of the player load, how much (they’re) practicing and how hard you’re going. (We) bought some GPS deals over the summer and it’s been very beneficial for us to track the yards that they’re running in practice,” Spavital said. “To put it in perspective, our receivers and (defensive backs) are hitting around 10 miles on Tuesdays and Wednesdays combined.

“So it’s roughly around five, six miles a kid…so we got to make sure we’re ready to go and I’m cutting back on that and just trying to find different ways to kind of focus them up on what needs to be accomplished.”

Looking at James Madison’s (3-0) early success during their first year in the FBS, Spavital isn’t surprised.

The Dukes handled Middle Tennessee State — who stunned Miami 45-31 in Hard Rock Stadium on Sept. 24 — in their first FBS appearance, dominating the Blue Raiders 44-7 in their season and home opener. The Dukes then went on to beat Norfolk State 63-7, before making their first road trip to Appalachian State to open up Sun Belt play.

Down 28-3 in the first half, the Dukes scored a touchdown before halftime and then went on to shut out the Mountaineers for the entire second half while scoring 29 unanswered — pulling off an improbable comeback against one of the Sun Belt’s well-established football programs.

That’s all without mentioning that Appalachian State was coming off a 32-28 comeback victory off the back of a hail mary against Troy in their conference opener. That was on top of the Mountaineers taking out Texas A&M in College Station the week prior.

“It’s not surprising to me at all. You know, I got an opportunity four or five years ago to go walk around their facilities and just kind of be around (and) it’s just beautiful. It’s very nice facilities — unbelievable facilities — and (I) got to play them when I was at West Virginia in 2012. And that was one of the tougher FCS opponents that we had ever had to go up against and they had NFL draft picks on their team,” Spavital said. “They’ve got NFL draft picks on their team right now. They’ve got great facilities, depth, location, support and they know how to win — that’s the main thing I see with these guys.

The Bobcats will continue to prepare for their most important and toughest test of 2022 in their eyes until the maroon and gold head to JMU over the weekend. Texas State and the Dukes will kick off inside Bridgeforth Stadium on Oct. 1 at 12:30 p.m.