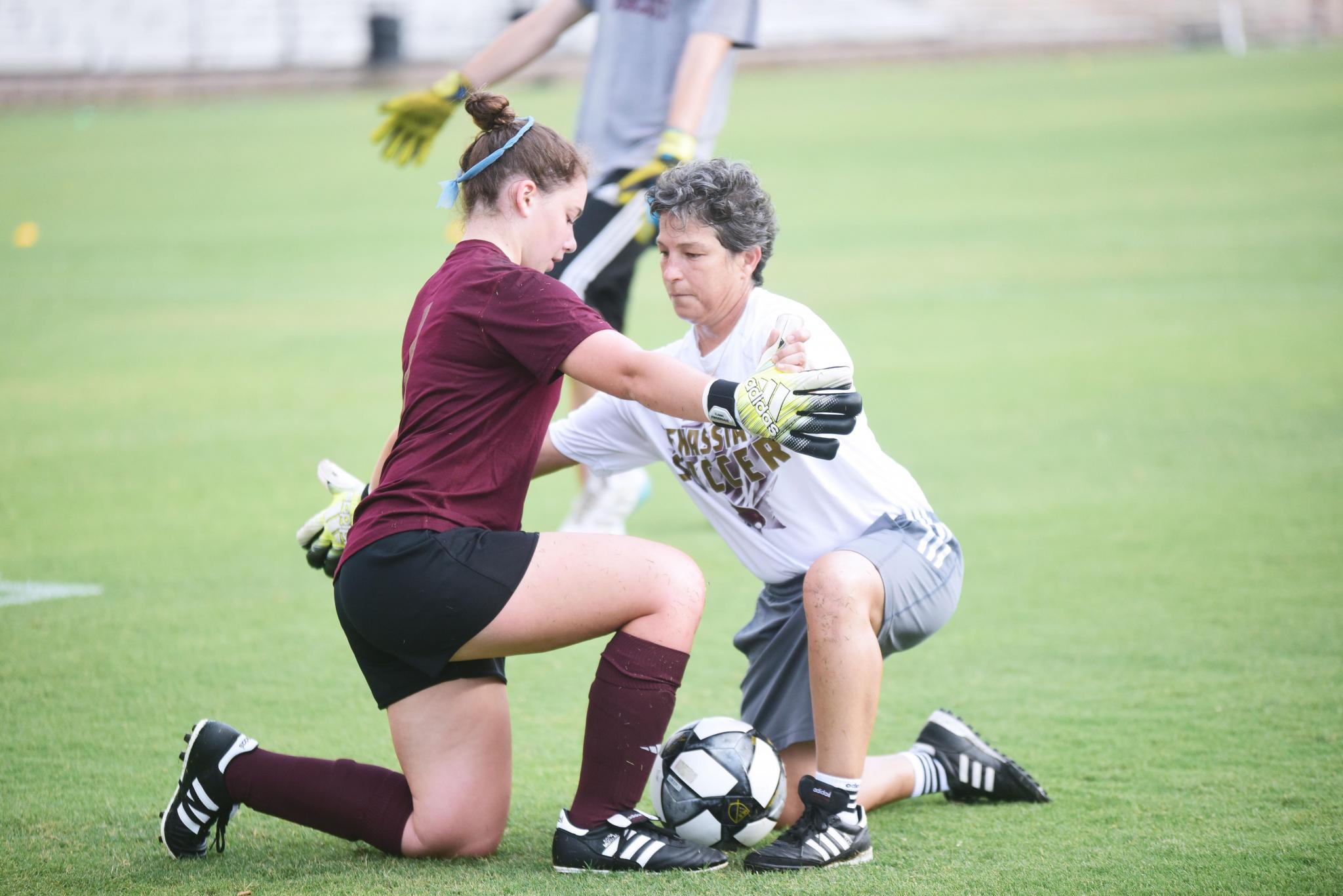 Bobcats back on pitch, building chemistry in 1st week of practice

The Bobcats were a little too energetic in their first week of practice.

Texas State was back on the pitch Thursday and Friday at the Bobcat Soccer Complex, preparing to defend its Sun Belt regular season title this upcoming year. Effort was not an issue, but that doesn’t mean there weren’t others.

The team was predicted to win the conference in the 2019 Coaches Poll and had five players named to the All-Sun Belt Preseason team. Two of the players, senior forward Kaylee Davis and goalkeeper Heather Martin, were also voted as the Preseason Offensive and Defensive Players of the Year, respectively.

While they enjoyed the recognition, both players said they would rather see team success over individual awards.

“I want to win a (postseason) championship with them,” Davis said. “That lasts forever and it means a lot more, I feel like. So regardless if it happens or not, and if we're selected for individual awards, that doesn't really matter to us. But a big ol' ring would be awesome.”

“Team awards are definitely something that outweigh everything,” Martin said. “I mean, this team has earned it. We deserve it. I'm ready.”

Chemistry has been the main focus at practice so far. Texas State added 10 freshmen to its roster this offseason, making up nearly a third of the team. Getting the newcomers used to the Bobcats’ tempo and style of play will be important as they enter the 2019 season.

Conner also said they’ll need to develop more players who can create pressure offensively. Davis was the No. 3 scorer in the NCAA last season with 18 goals, but she’ll need help carrying the load.

“(Davis) can't be the only focus or (opposing teams will) mark her out this year,” Conner said. “So we know we've got to build some other people coming into the attack and it's good. It's looking good. There's a couple of freshmen looking good … So hopefully we're going to get some goals out of the other players that can relieve some of the pressure on Kaylee.”

Davis and Martin said they’ve enjoyed getting to know Texas State’s new players. They’re looking forward to seeing how far the team can go this year.

“We're defending a championship, so we definitely want to win another one and win (the Sun Belt) tournament as well, going to the NCAAs,” Davis said. “So we have big goals, but I think we can do it.”

“We know we did it last year, but we want to do that and then more,” Martin said. “And we want to win (the Sun Belt) tournament, we want to go on to the NCAA Tournament. And I think, with this team, we definitely can.”