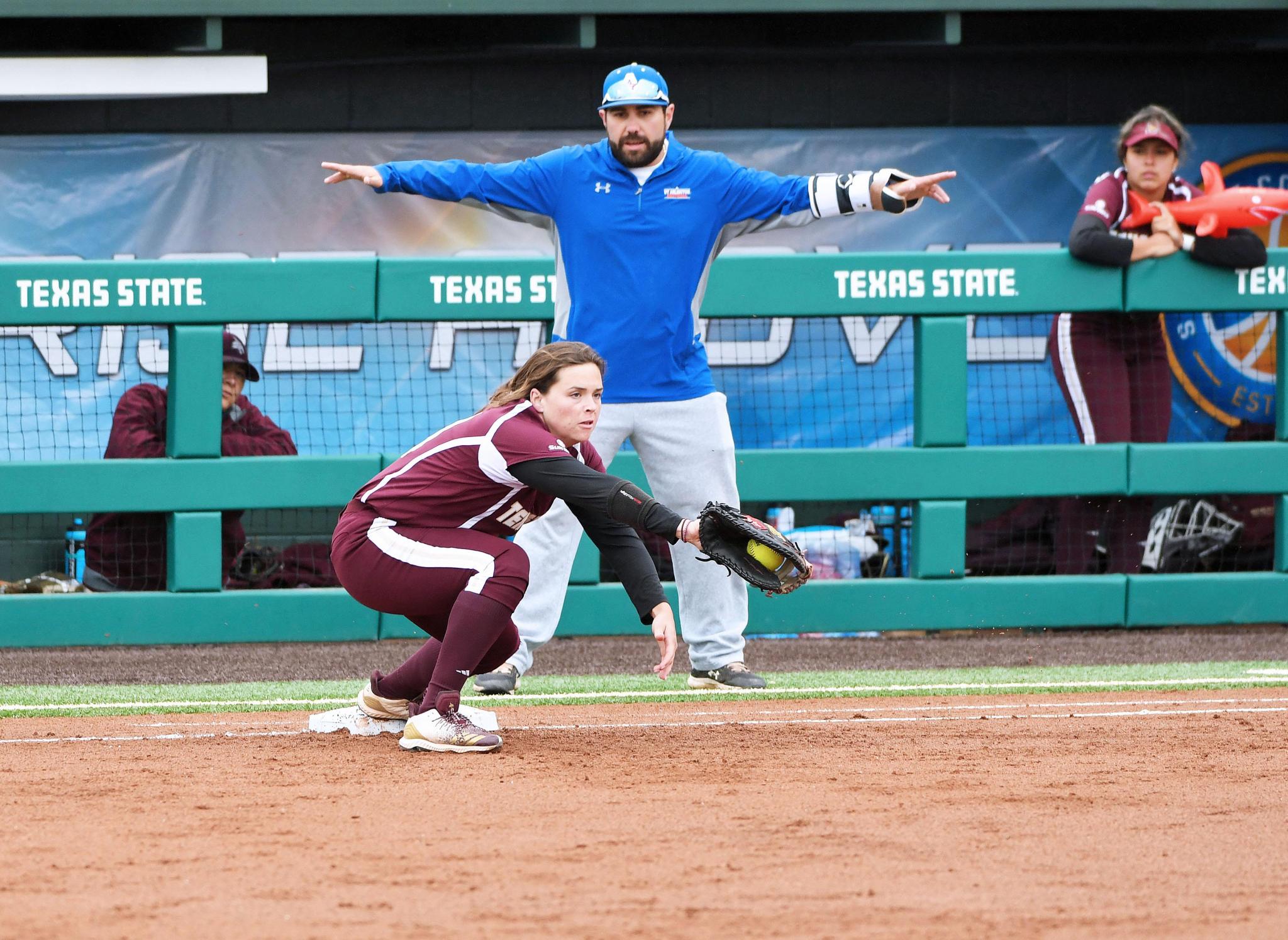 Four of them came in tournaments during the early portion of the season when the team was scrambling to find an identity. The fifth shutout came in a 10-0 loss at Texas, ranked No. 11 in the NCAA at the time.

Out of 26 Sun Belt games, the Bobcats went scoreless just one time on April 26, losing 3-0 at home to Troy. Even No. 7 Louisiana couldn’t keep Texas State off the scoreboard in a 4-3 win on Thursday.

But it happened again Friday, and at the worst possible time for the fourth seed maroon and gold. The team was run-ruled by third seed UT Arlington inside Bobcat Softball Stadium, 8-0 in six innings, eliminating the Bobcats from the Sun Belt Conference Softball Championship.

Texas State went three-and-out to begin the game. The Mavericks countered with consecutive singles and an RBI groundout for the first score of the game. The Bobcats left two on in the second inning, then went hitless in the top of the third.

UTA exploded in the bottom of the frame. Mavericks junior second baseman Melanie Mendoza led off with a walk. Texas State swapped senior starting pitcher Krista Jacobs for junior right hander Dalilah Barrera in relief. The No. 3 seed followed with two singles, loading the bases with no outs. A wild pitch in the next at-bat brought Mendoza across the plate.

Senior center fielder Laura Curry hit another single to add another run. Junior first baseman Aileen Garcia launched a two-RBI double down the right field line, then advanced to third on the throw. Garcia tagged up two at-bats later to give the Mavericks a 6-0 lead.

The Bobcats tried to stay in it, reaching base five times in the final three innings of the game. But the team was never able to send anyone home. Head coach Ricci Woodard subbed in four pinch hitters during that stretch, who combined to hit 0-5 at the plate with one walk.

The Mavericks went on to pick up insurance runs in the fifth and sixth to complete the shutout, 8-0.

Sophomore shortstop Tara Oltmann led the team batting 2-3 at the plate. Jacobs received the loss allowing two earned runs on two hits and one walk in 2.0 innings of work.

The Sun Belt championship game will be held inside Bobcat Softball Stadium on Saturday at 1 p.m.