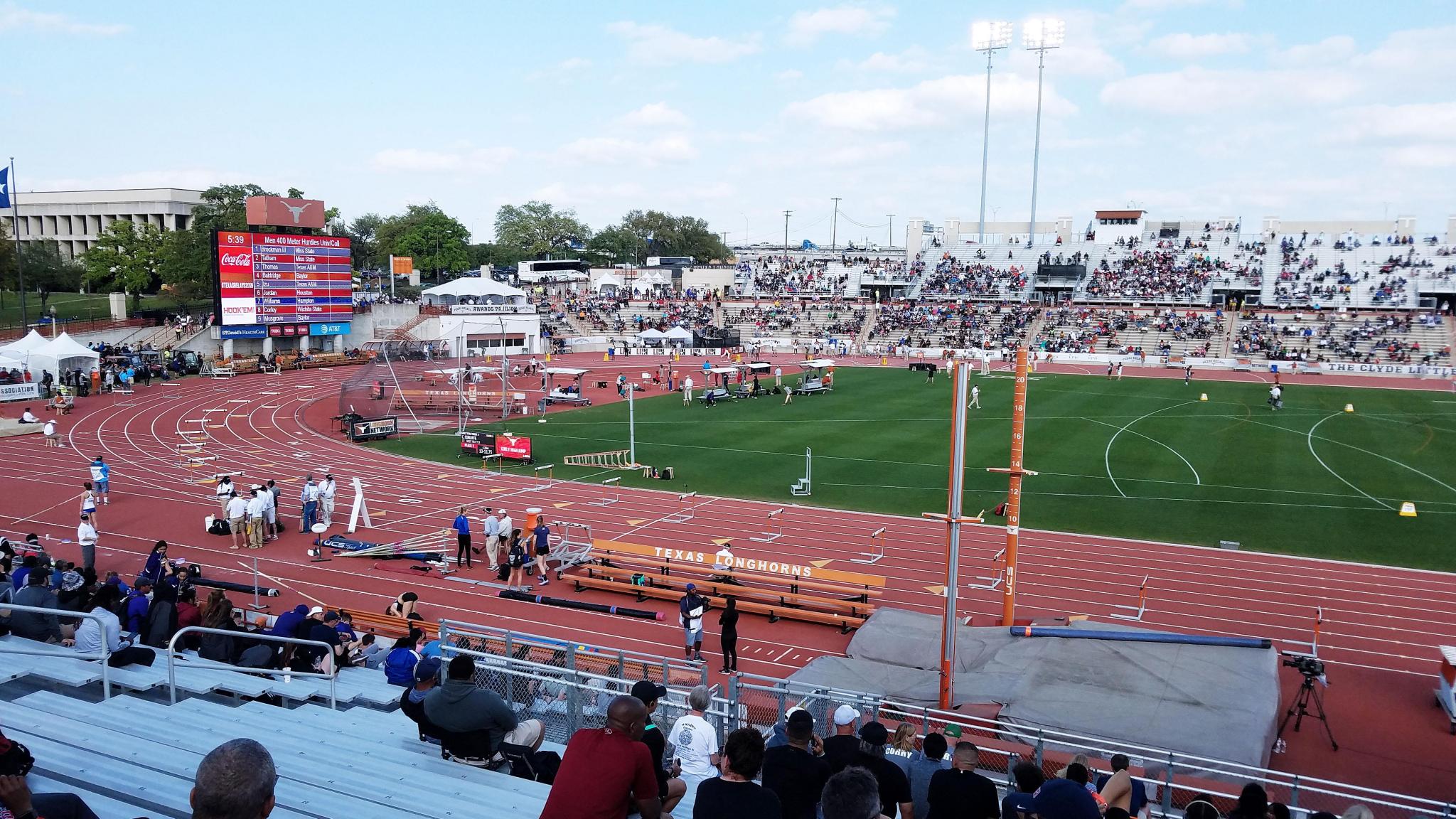 AUSTIN — Texas State senior sprinters Dawnshae Evans and Tramesha Hardy stood with their hands on their knees in the southeast corner of Mike A. Myers Stadium on Friday.

The women, along with junior Breonna Hall and freshman Kattiana Ealy-Pulido, had just finished their preliminary heat in the 4x400-meter relay at the Texas Relays in Austin, clocking in at a season-best 3:47.36.

How did the race go?

“Yeah, it wasn’t our best work at all,” Hardy said.

That was the way most of the Bobcats felt three days into the meet. Despite placing second in their heat and edging out Sun Belt rivals UT Arlington and Louisiana-Monroe, Evans and Hardy felt like they had more to give. The same was true in the 4x100-meter relay, where the pair of seniors and freshmen Sadi Giles and Live Hilton took 15th place at 46.32 seconds.

“(It was) eye-opening,” sophomore Matthew Parker said. “This is our first time with our ‘A’ team fully together. So, we’re still in our first phase of outdoor training. But, you know, we take a lot of pride in the 4x4. So, today’s just the first step of getting better. We’ve got a lot to work on.”

Both squads noted they were solid taking off during their leg of the race but struggled to close out strong.

“I feel like that’s something we can all work on, is our finish,” said sophomore Jaylen Allen, who ran in his first race of the outdoor season Friday. “That’s probably one of our most important parts. Like, it’s good to get out but that finish is really where the time is.”

“(We’re) just trying to get back into it with the whole swing of things, having everybody healthy again,” said senior Kyle Denomme, who was named this week’s Sun Belt Track Athlete of the Week. “So yeah, we’ve got a lot to do to be better. I know we have a lot more that we can do. I mean, today didn’t show what we’re actually capable of.”

Freshman Dereck Elkins and junior Devina Schneider both placed in the top ten in their respective 5,000-meter races, with the latter running for a personal record at 14:55.46. Junior Leslie Romero began the race but did not finish, taking herself out prior to the 3,000-meter mark.

None of the maroon and gold sprinters advanced to the final round, leaving senior and Sun Belt Field Athlete of the Week T’Mond Johnson as the only Bobcat scheduled to compete on Saturday. Johnson will throw in the men’s section ‘A’ shot put at 4 p.m. Parker said he’s looking forward to seeing how the team improves as the outdoor season progresses.

“I’m proud of the way everyone fought today,” Parker said. “No one gave up, everyone pushed through. Everyone’s got knicks and knacks, but everyone fought their hardest. As long as we keep doing that throughout the season, we’ll be fine.”