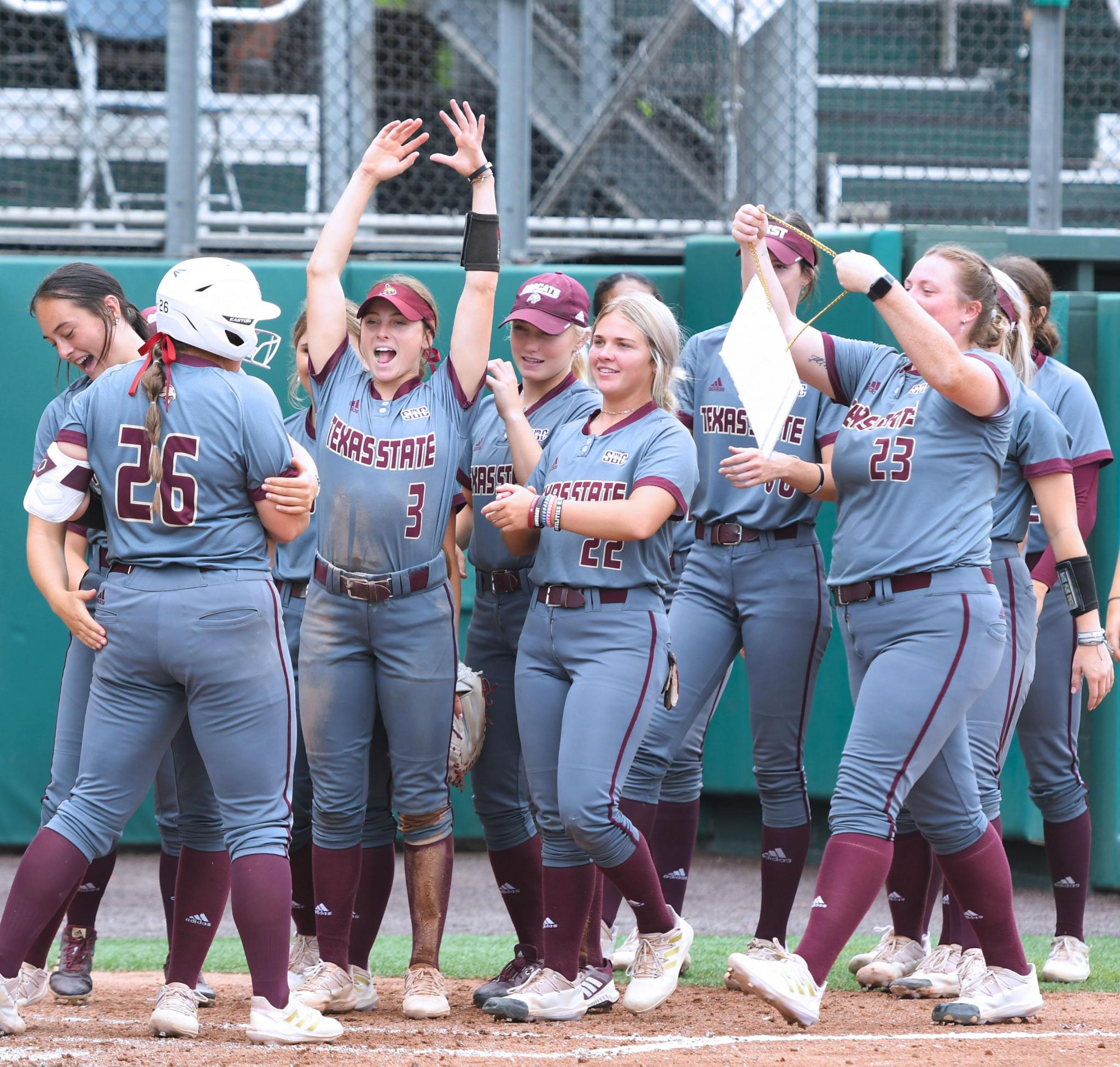 Texas State is 5-1 this year in the third game of its Sun Belt series.

The Bobcats picked up their second series sweep in conference play against Georgia State after defeating the Panthers 3-0 in the final game of the series on Saturday at home.

The maroon and gold allow only 2.66 runs per game in game threes, including multiple shutout performances. Sophomore starting pitcher Jessica Mullins added another on Saturday, setting the tone for the team.

“It’s just been my mentality,” Mullins said. “Ninety percent of it is mental and just being confident. I just keep pitching the pitches that I know that I can pitch and I’m gonna do the job. I’m just trying to give my team a chance to get on the board and stay on the board.”

On Friday night, most of the Texas State (24-17, 10-8 Sun Belt) damage was done in the final inning of work when the hosts put up six runs in the bottom of the fifth, resulting in an 8-0 run-ruling. On Saturday, they did their damage in the opening frame. After a couple of singles by the Bobcats, sophomore second baseman Anna Jones collected her 19th and 20th RBIs of the season with a double to right center, which gave her team a 2-0 lead in the first inning.

Head coach Ricci Woodard mentioned how imperative it was to start fast in slower-paced morning games like Saturday’s.

“I think it was big,” Woodard said. “On games like this where it’s early in the morning and it’s game three and you just had a really good game the day before, you better get on the board early so that you kind of keep them down in the dumps where they’re at. And that was what we were really trying to do.”

From then on it was all defense as Mullins dealt a complete game with three strikeouts, surrendering two hits and two walks. She had help from her fielders, who made plays all morning — like junior third baseman Sara Vanderford’s sliding grab and throw to first for the final out of the sixth inning.

Vanderford followed her defense with some offense of her own. The junior blasted a solo home run to left field for the final run of the series that capped off a 3-0 sweep of Georgia State (16-23, 6-9) for Texas State.

The Bobcats will take on school rival UTSA at Bobcat Softball Stadium on Tuesday with first pitch set for 6 p.m. Woodard thinks her team’s non-conference stops will be good for the team’s mentality this week.

“I think it’d be good because they’ll give us a chance to kind of see if we can stay in this groove,” Woodard said. “For us, it hasn’t happened for us on the weekends early. I think we have to come out and still use those games to get better, not just play them. That’s the key for us.”