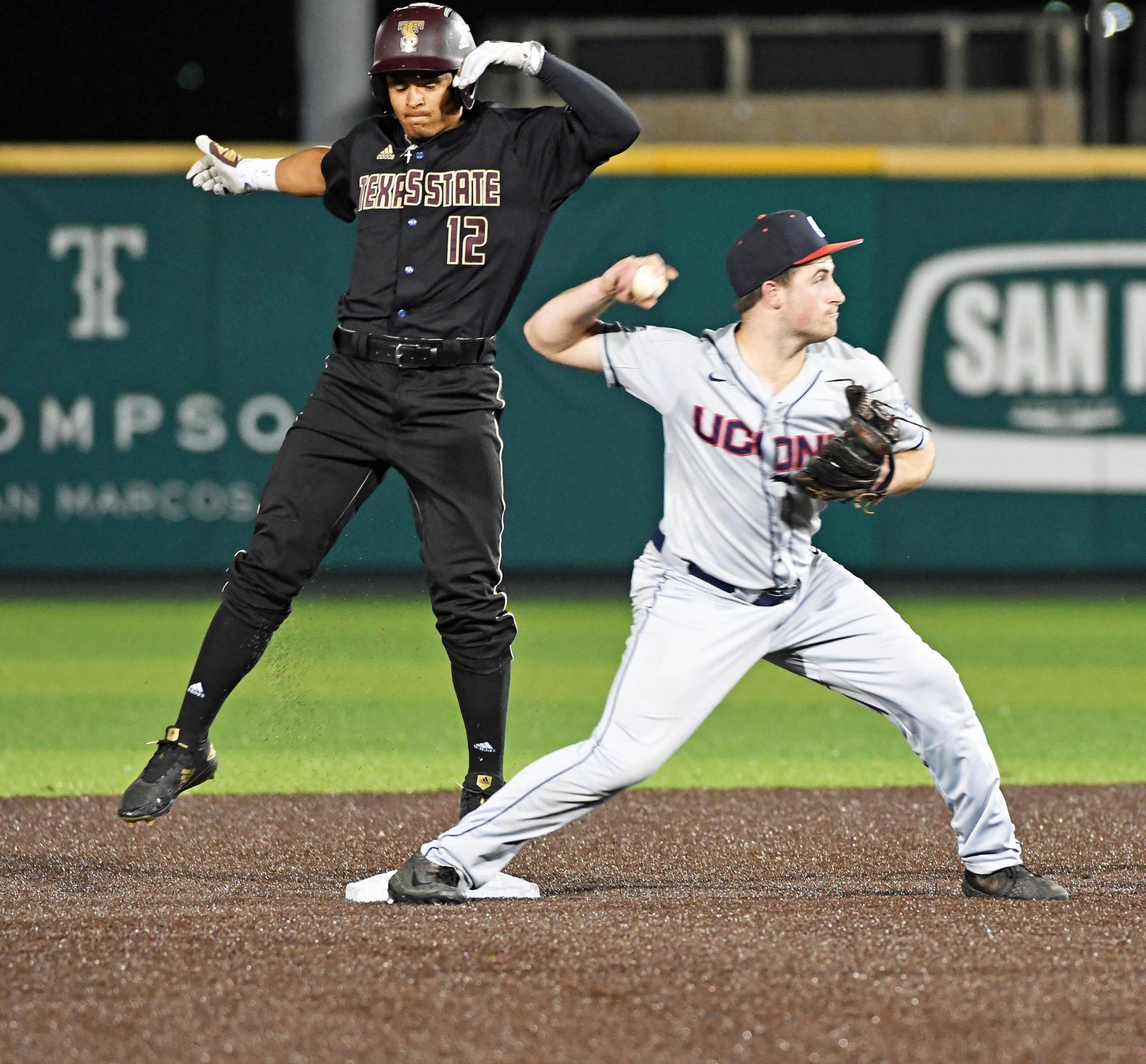 Bobcats defeated by Connecticut in first game of home series

Texas State dropped its series opener against Connecticut, 8-4, on Friday inside Bobcat Ballpark.

The Huskies (6-5) struck early in Friday’s contest after freshman second baseman Christian Fedko hit an RBI double in the top of the first inning to give UConn a 1-0 lead.

Redshirt junior left fielder Will Hollis scored Hubbard with an RBI double to put the Bobcats up 3-1.

UConn responded with three runs in the fourth to regain the lead at 4-3. The Huskies exploded for four runs in the fifth inning to seize control of the game at 8-3.

Texas State cut UConn’s lead to 8-4 in the sixth inning when a balk allowed the Bobcats to bring home a run.

But the Huskies prevented Texas State from cutting anymore out of the deficit and secured the 8-4 win.

Hubbard led the Bobcats with a 2-for-4 effort with two RBIs a double and a triple. Hollis tallied one RBI. Williams crossed the plate twice.

Senior lefty Brandon Lewis pitched a season-high 4.1 innings in relief. He struck out four, only gave up two hits and didn’t give up a run.

The Bobcats and Huskies continued the three-game series on Saturday. The game ended after press time.