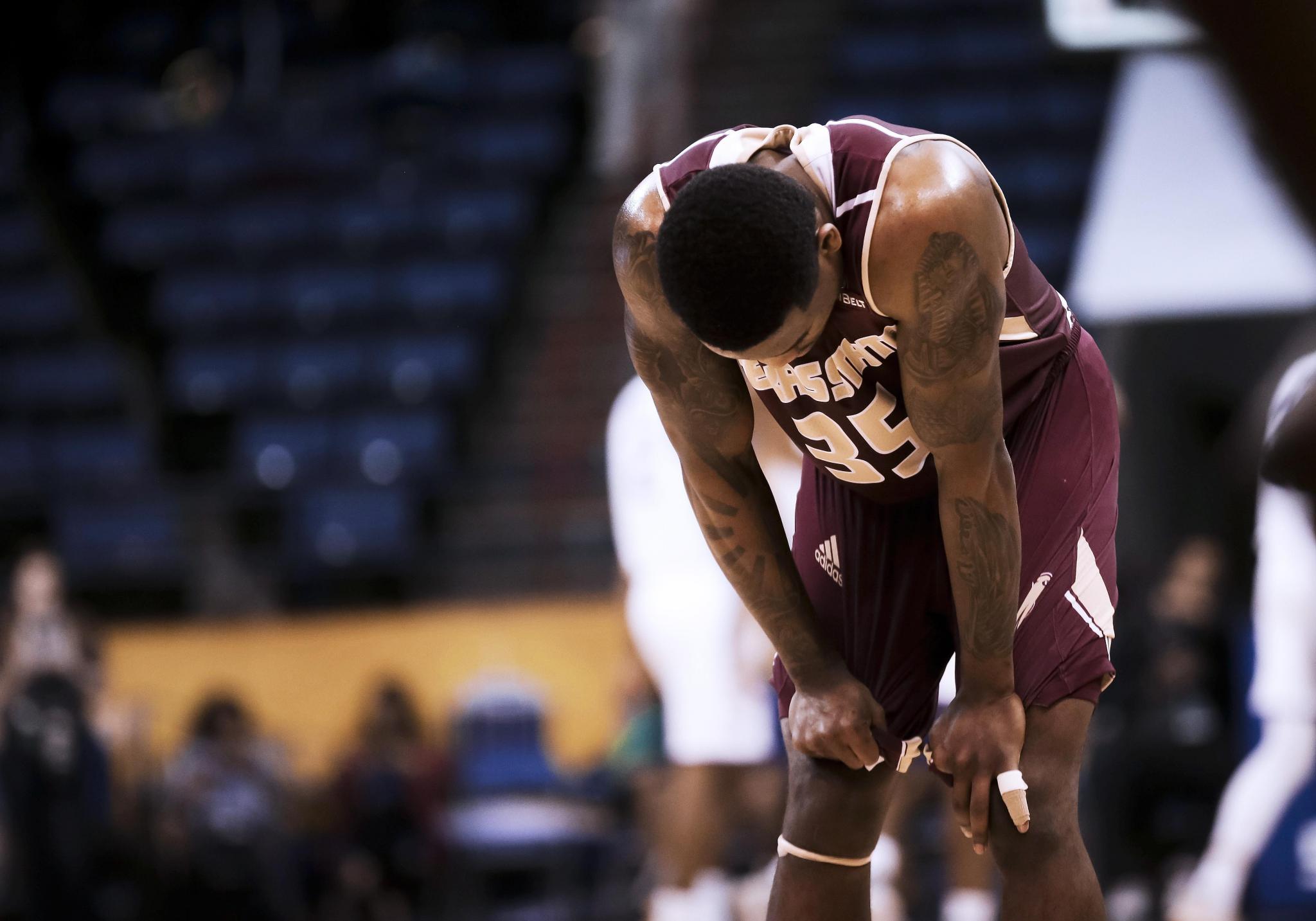 The Bobcats held Georgia State to 32 percent shooting and outrebounded them, 45-42. It’s a game Texas State would’ve expected to win on those stats alone.

But the Bobcats’ worst shooting performance of the season doomed them Saturday. They ended the day going 13-of-61 from the field. Georgia State eliminated Texas State, 59-46, in the Sun Belt tournament semifinals on Saturday inside Lakefront Arena in New Orleans.

“(Shooting 21 percent was) tough to overcome,” Kaspar said. “All of these players wanted to make those shots, so there’s no one to blame. There’s no one to blame. It’s just that it was a very bad night for us from the field shooting wise. I appreciate the effort our players gave on the defensive end because the other team shot 32 percent. And most games you hold a team to 32 percent, you’re going to win.”

The Bobcats evened the score at 5-5 with a 3-pointer from senior guard Tre Nottingham and two free throws by senior forward Alex Peacock.

Georgia State went on a 7-0 run to go on top 12-5. The game then became a drag as both teams struggled to generate offense. A pair of free throws from redshirt freshman forward Alonzo Sule got to the Bobcats to within three but that’s as close as they’d get.

The Panthers powered their way to a 15-point lead late in the opening half and took a 28-15 lead at intermission.

Texas State finished the period shooting 17.4 percent from the field.

The Bobcat offense never found a groove in the second half. Georgia State built a lead as large as 22. The Panthers held a comfortable double-digit advantage throughout the rest of the game and handed Texas State its third loss in the last four games.

“Tonight’s game is hard to explain as to why we shot the ball so poorly,” Kaspar said. “Other than, give Georgia State some credit because they really played well on the defensive end. I thought both teams played well defensively. They were just better offensively than we were.”

Senior forward Malik Benlevi led the Panthers with a double-double, including a game-high 15 points and 10 rebounds. Senior forward Jeff Thomas had 12 points and Simonds recorded 11 points.

Texas State expects its season to continue despite failing to earn its first NCAA tournament bid in 22 years. The Bobcats will likely land a spot in the CollegeInsider.com Postseason Tournament or the College Basketball Invitational.

“Hopefully, we’re in some kind of postseason tournament,” Kaspar said. “We will live another day. It may not be for the big dance. And probably with the way the Power 5 (conferences) controls the NIT, it’s probably not the NIT. We’ll hopefully in another one of those tournaments that are out there.”