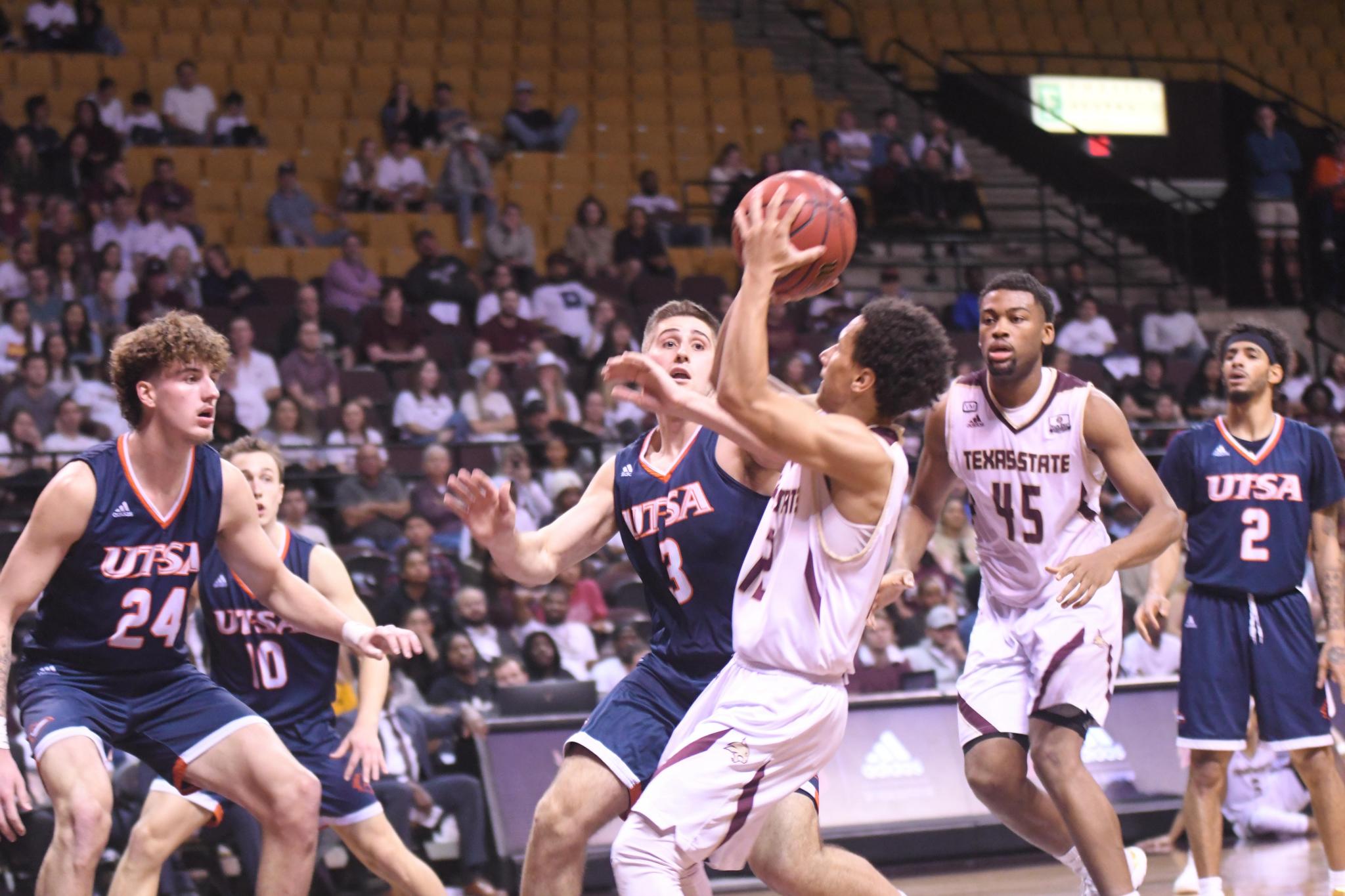 UTSA fell behind early inside Strahan Arena on Saturday as Texas State established a 10-6 lead. The Roadrunners junior guard brought them back, hitting four of his team’s next five shots, sparking a 12-3 run.

The Bobcats had a hand in his face on almost every one of them. It didn’t matter. By the 12:11 mark of the first half, Jackson had 14 points on 6-8 shooting.

“We gotta do a better job at making him catch it out farther,” sophomore guard Mason Harrell said. “Early on, he got a lot of early looks, a lot of easy catches. It kind of got him in a rhythm early, so we gotta be better than that.”

Jackson finished with a game-high 33 points and handed Texas State its first home loss of the season, 77-71.

“It's a very disappointing loss for us,” head coach Danny Kaspar said. “(Jackson) did a good job of getting the ball in a position where he could go try to score. And tonight he had it going for him."

The Bobcats (6-4) never recovered from Jackson’s initial outburst. The team struggled to create cracks in the UTSA defense and rarely got into the lane. Texas State entered the game averaging 25.8 points in the paint per game, but only scored 20 against the Roadrunners (3-6).

The hosts were also overwhelmed on the boards, getting outrebounded 38-30. It’s the third time in the last four games they’ve lost the rebounding battle.

“We gotta get more inside help from (senior center) Eric (Terry) and (redshirt sophomore center Alonzo Sule),” Kaspar said. “They've gotta play with more fire from start to finish, particularly Eric. I think 'Zo, at times, has shown that he started off slow and picked it up. But Eric's gotta play with more fire in his belly. I told him, I said, ‘You're a senior. This is your fourth year with us here. You're almost looking like you just got here right now.’”

Harrell did find offensive success in the second half, keeping the lead within single digits. He led the maroon and gold with a career-high 19 points while dishing out three assists and committing just one turnover.

“I just thought he shot the ball well and I thought that he did not turn it over very much,” Kaspar said. “But I would like to see more from him in terms of pressure on the basketball without getting beat. You know, I'd like to see him be more of a defensive presence on the floor than he is. Overall, he played two pretty good games, offensively speaking, and it's good to see that.”

Harell was followed by sophomore guard Caleb Asberry with 18 points and senior guard Nijal Pearson with 15. Asberry made his first start for the Bobcats, filling in for junior guard Deshawn Davidson, who was sidelined with a groin injury. Pearson will finish his career with a 1-3 record against UTSA.

Texas State will get a week of rest before hosting Bethany College (5-6) next Sunday at 5 p.m. in the Bobcats’ final non-conference game.