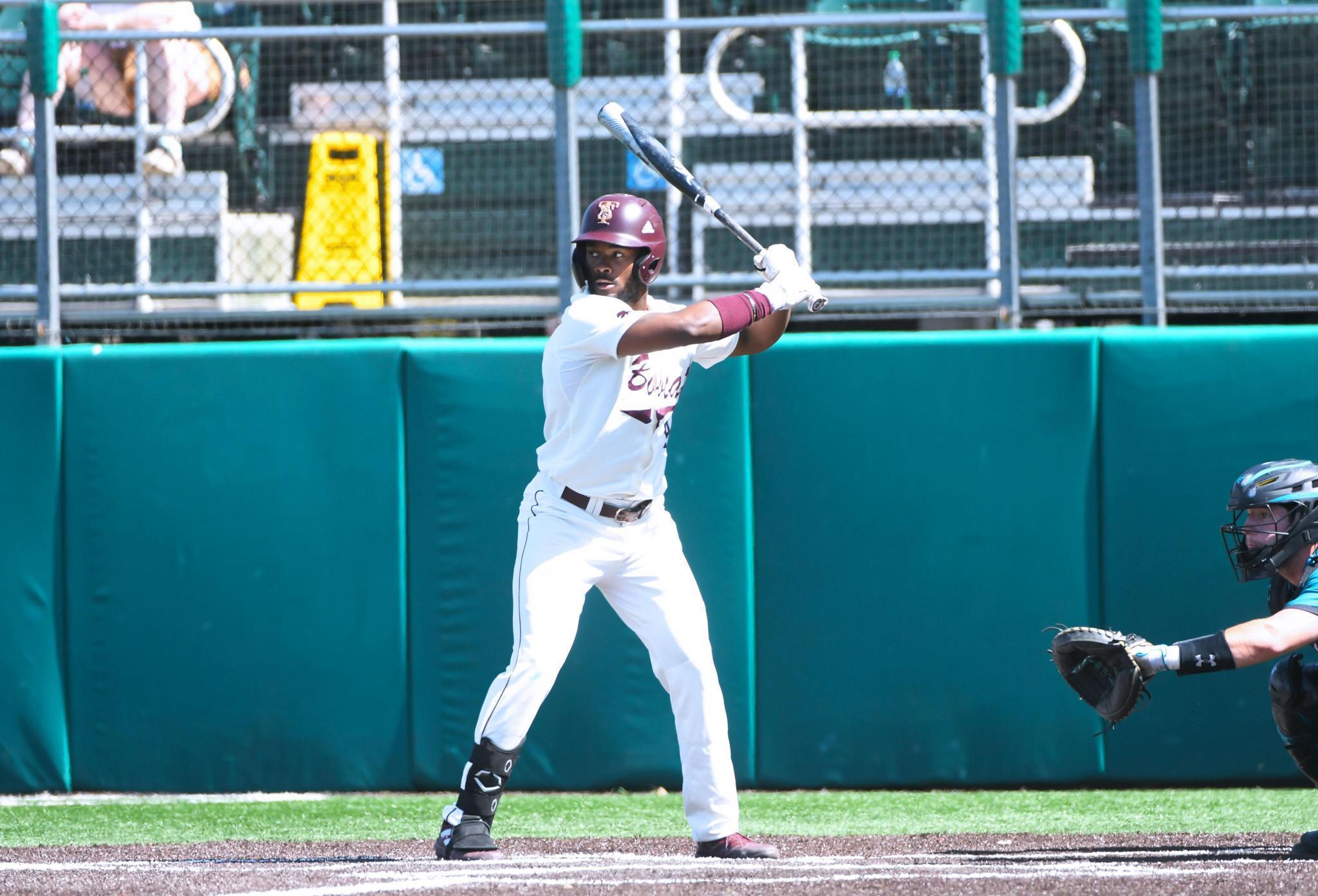 Bobcats earn series sweep over App State, move up to No. 10 in nation

Texas State took home a series sweep this weekend, clinching a 6-2 win on Saturday and a 7-2 win on Sunday against Appalachian State on the road. The Bobcats subsequently moved up to No. 10 in the country in D1Baseball.com’s national poll on Monday.

Sophomore starting pitcher Levi Wells tossed a complete game in Saturday’s victory — the first for the maroon and gold since former ace Zachary Leigh pulled off the feat 366 days earlier. Wells (4-1) allowed six hits, one HBP, no walks and just one earned run while striking out two in 96 pitches.

The right-hander’s performance on the mound helped Texas State take a 2-1 lead after the first inning. The visitors scored one run in each of the fifth, sixth, seventh and eighth innings, taking the 6-2 win.

The Bobcats (23-6, 8-1 Sun Belt) got off to a bit of a slower start on Sunday, remaining tied with the Mountaineers (10-16, 3-6) at 1-1 after four innings. Senior third baseman Justin Thompson broke the tie in the top of the fifth with an RBI double. He and senior outfielder Ben McClain each connected on home runs in the seventh to extend the lead to 5-1. The team scored a pair of unearned insurance runs in the eighth to seal the 7-2 win.

Junior reliever Triston Dixon (4-0) received the win, only allowing two base on balls, no hits and no runs while fanning six in 4.0 innings of work.