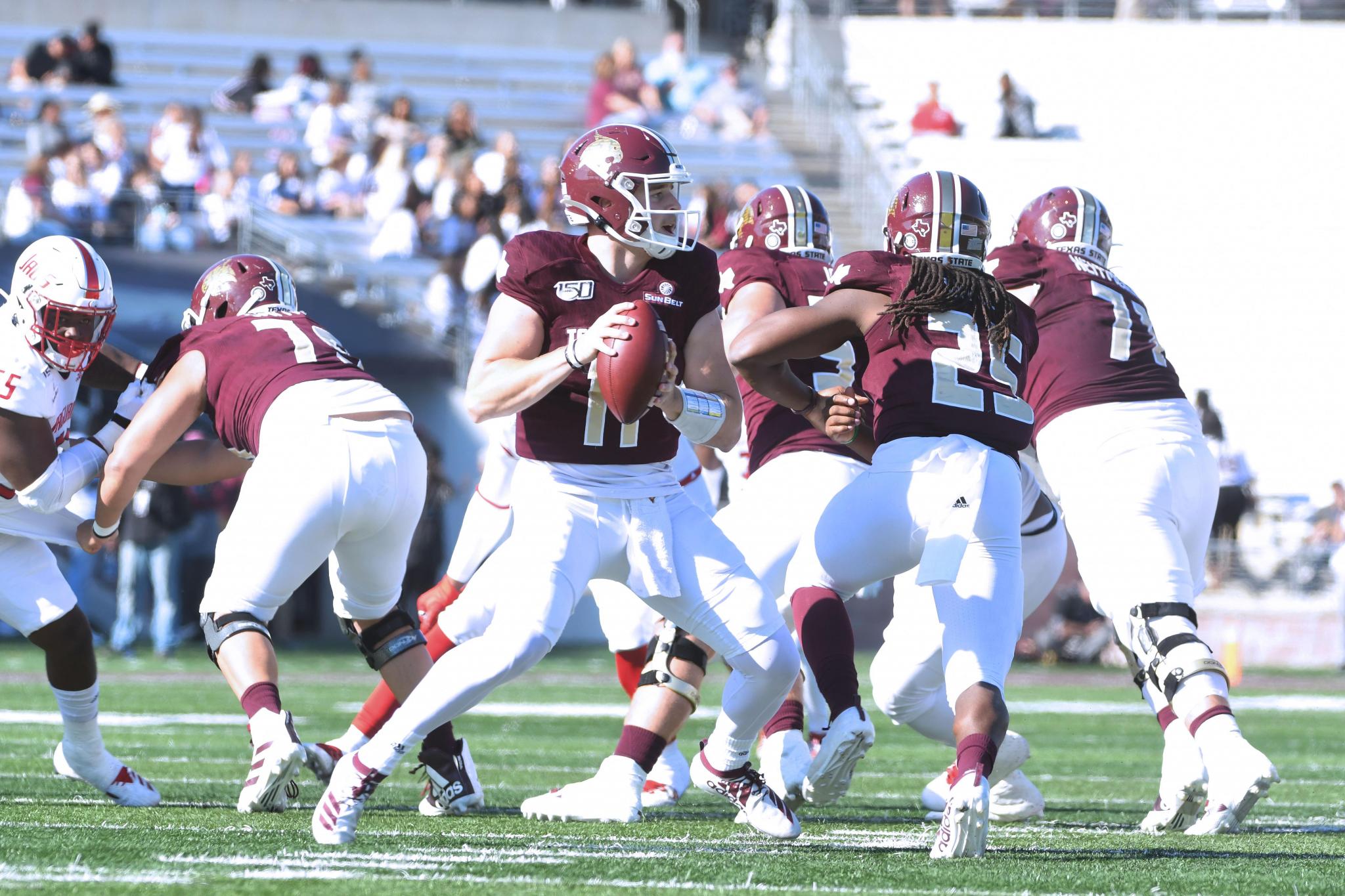 The teams held each other scoreless in the first quarter, but CCU (5-7, 2-6 Sun Belt) finally broke through in the second, marching 13 plays and 64 yards for a touchdown. Texas State (3-9, 2-6) answered back later in the period. Sophomore quarterback Tyler Vitt found senior wide receiver Mason Hays for a 64-yard pass to the end zone to tie the game back up.

The Bobcats couldn’t overcome their own mistakes, though. The Chanticleers scored another touchdown late in the third quarter. Vitt threw an interception on the following drive that led to a field goal for the hosts at the beginning of the fourth.

The visitors weren’t done yet. Senior wide receiver Hutch White found Vitt on a trick play for eight yards another touchdown. When Coastal Carolina found the end zone on the next drive, Texas State responded with an 18-yard scoring pass to freshman wideout Jacoby Hopkins to cut the lead back to three.

But the Bobcats couldn’t get the ball back as the Chanticleers took the final game of the season, 24-21.

Senior linebackers Bryan London II and Nik Daniels tied for most tackles on the team with 14 stops each. London’s total pushed him to 456 for his career, claiming the school’s all-time record.