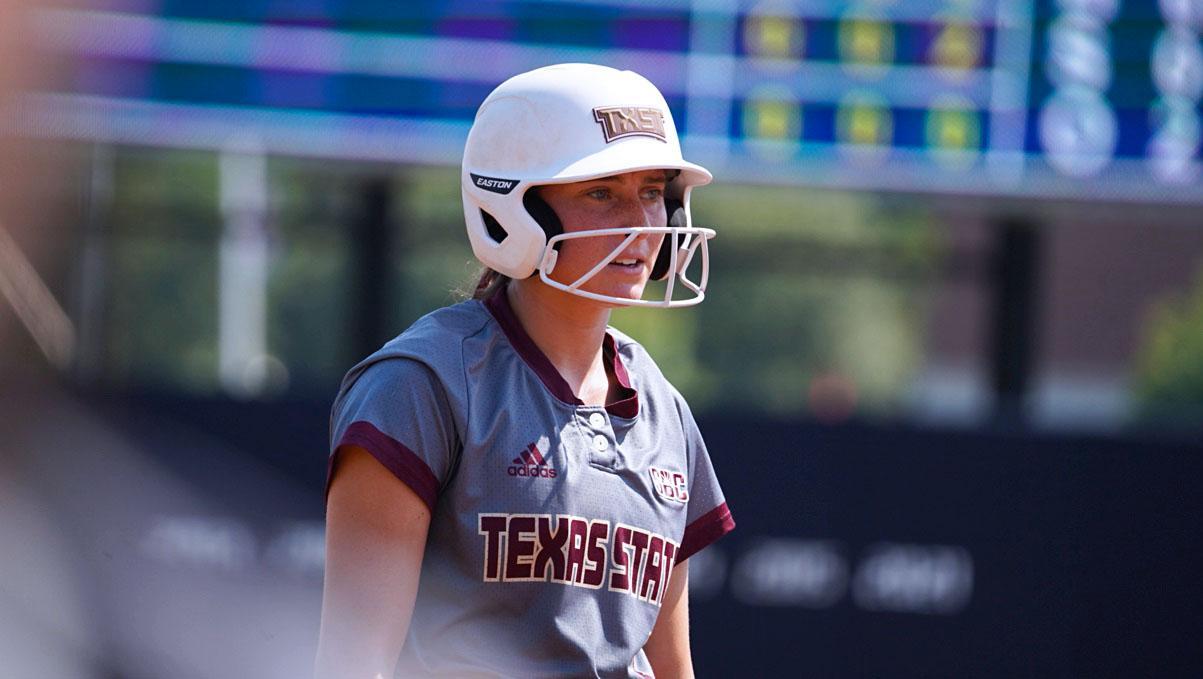 Ragin’ Cajuns junior starting pitcher Meghan Schorman and Bobcats sophomore ace Jessica Mullins each shut out the side through a complete seven innings. Louisiana junior right fielder Raina O’Neal finally broke through in the top of the eighth, connecting on a solo home run to left field. The maroon and gold were unable to bring anyone across home plate in the bottom frame, suffering the 1-0 loss.

“It was another great ballgame. Unfortunately, as I said yesterday, somebody has to lose those games,” Texas State head coach Ricci Woodard said. “So you know, when you've got a pitcher's battle like that, you can't afford to miss the pitch to O'Neal, obviously, and we did. But I thought Mullins threw a great game and gave us chance to win and we just didn't come up with the key hit we needed in the right time.”

The Bobcats had seven plate appearances with a runner in scoring position — including three in the first inning — but Schorman always found a way out of the jam.

The maroon and gold were held without a hit until the fifth inning when senior centerfielder Kylie George swung for a base hit. George got on base in all three of her plate appearances, going 2-2 with a walk.

The Ragin’ Cajuns weren’t fairing any better against Mullins, though, who went frame-for-frame with Schorman in keeping the game scoreless.

“(It's) the same thing Jessica always does, she goes right at them,” Woodard said. “And today her changeup was working a little bit better, so she was able to keep them off balance pretty well. But she also moved the ball in on their hands really well today.”

Texas State had a chance to put the game away in the bottom of the seventh after Mullins kept Louisiana off the scoreboard again in the top frame. After a pair of outs to begin the half-inning, junior first baseman Tori McCann and George each swung for singles, putting the go-ahead run in scoring position. But sophomore shortstop Hannah Earls grounded out in the next at-bat, sending the game into extra innings.

O’Neal homered in the top of the eighth to take the 1-0 win, sending the Cajuns to the conference championship game and snapping the Bobcats’ 17-game winning streak.

“I think that was kind of more of a letdown than losing that game. I think it was just the fact that we didn't find a way to win that game,” Woodard said. “When you get used to winning, you don't really know how to respond when you lose. But you could just tell by the look on their faces there was disappointment, for sure.”

Woodard felt confident her team would be able to bounce back.

“I don't have any negatives about the game. I thought it was a great game all the way around,” Woodard said. “This is a team that's been resilient all year. You know, it wouldn't have surprised me if we came back and won that game in the bottom of eighth because that's just the type of kids they are. You know, they want to play ball and that's what they're here to do.

“Just like I told (the players), the road's not over, the road just got a little tougher. Now we've got to win two tomorrow instead of one, but we're still on the right road.”