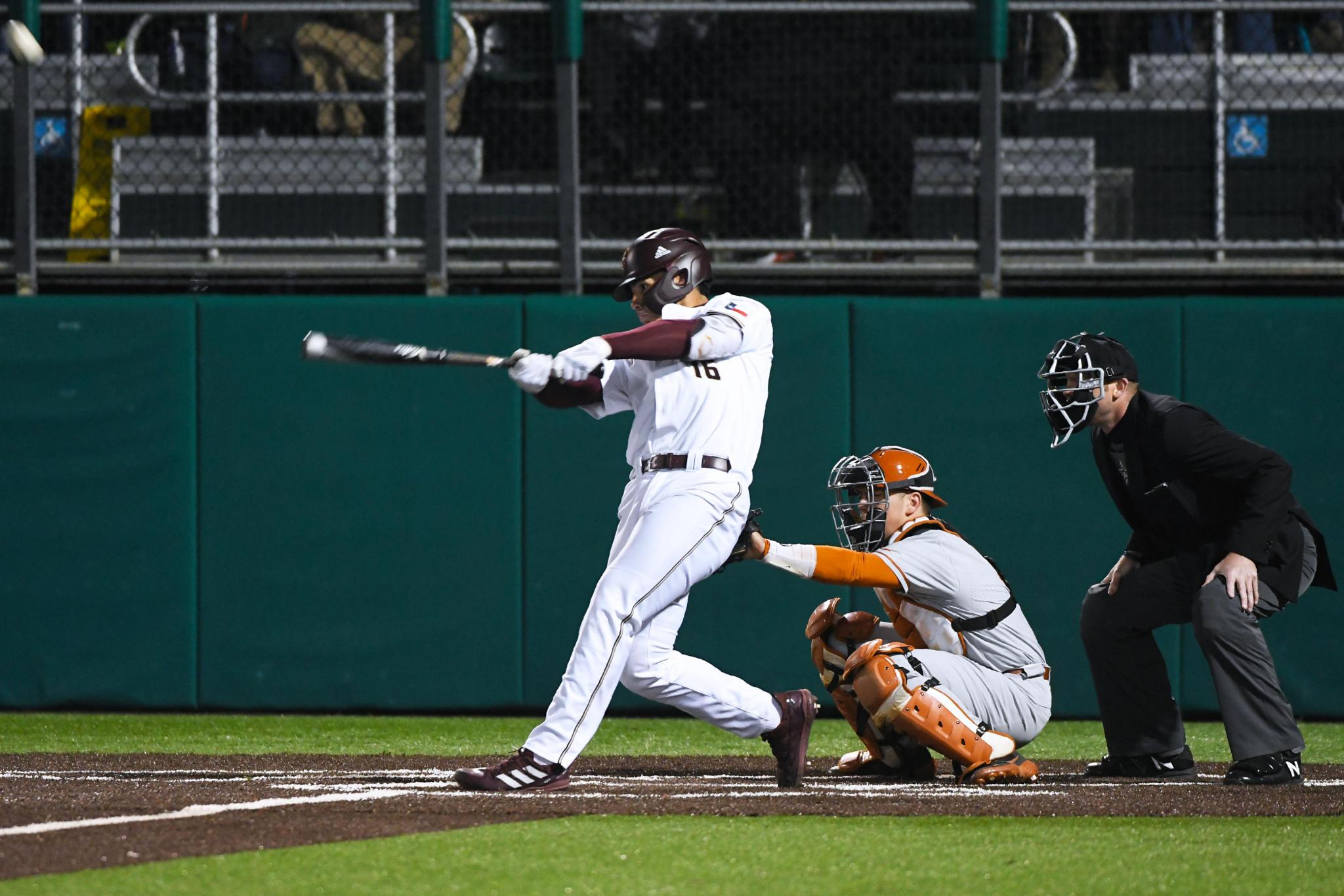 An eight-run sixth inning by UTSA proved to be too much for the Bobcats to come back from as the maroon and gold suffered a 14-8 loss on the road.

“It was a really good baseball game and you’re disappointed to lose it,” head coach Steven Trout said. “But you gotta play better, you gotta make plays when they come up. We had some opportunities to make some plays to get out of innings and didn’t make the plays. And so when you play a really good team like them, they’re gonna take advantage of it and find a way to beat you.”

Senior outfielder Ben McClain led the game off with a base hit, and senior shortstop Dalton Shuffield plated him in the next at-bat with an RBI double to left centerfield. Shuffield later scored on a fielder’s choice, giving Texas State a two-run lead to open the game.

UTSA (28-13, 12-6) answered with a five-run inning in the bottom frame, but the Bobcats’ offense kept churning. Senior designated hitter Wesley Faison and freshman second baseman Ryan Leary drew walks to begin the second inning and McClain cleared the bases with a three-RBI home run. Shuffield followed up with another homer to left center, giving the visitors a one-run edge.

The Roadrunners were held scoreless in the bottom of the second and the maroon and gold added two more scores in the top of the third. Redshirt sophomore catcher August Ramirez and Faison each swung for singles and McClain drew a walk to load the bases with two outs. Shuffield hit the ball up the middle of the field, forcing an error and bringing in two more runs to make it 8-5.

Texas State wouldn’t score again the rest of the game, though. Despite advancing runners into scoring position multiple times, the team wasn’t able to bring another run across.

“We just didn’t come up with that big hit,” Trout said. “And then I thought their guy (UTSA junior pitcher John) Chomko came in and slowed the game down, you know, started getting that breaking ball going. And he’s got really good numbers, so we knew he’d be back there late and just couldn’t stack it together.”

The hosts heated up as the Bobcats cooled down, posting eight runs in the bottom of the sixth and adding another in the seventh. The maroon and gold couldn’t respond, suffering the 14-8 loss.

“After they got us with the (six-run) lead, it’s a little tougher to play offense on that side of it because you’re trying to build momentum,” Trout said. “And then it seems like every time we barrelled up a baseball, they made a great play. So they definitely earned their win tonight.”

Trout hopes his team will be more motivated after its most recent loss.

“Like I told the team, it’s been two weeks since we’ve had this feeling,” Trout said. “And so, that’s a good thing and sometimes if you have it, it’s easier to go back to work tomorrow and find ways to get better.”