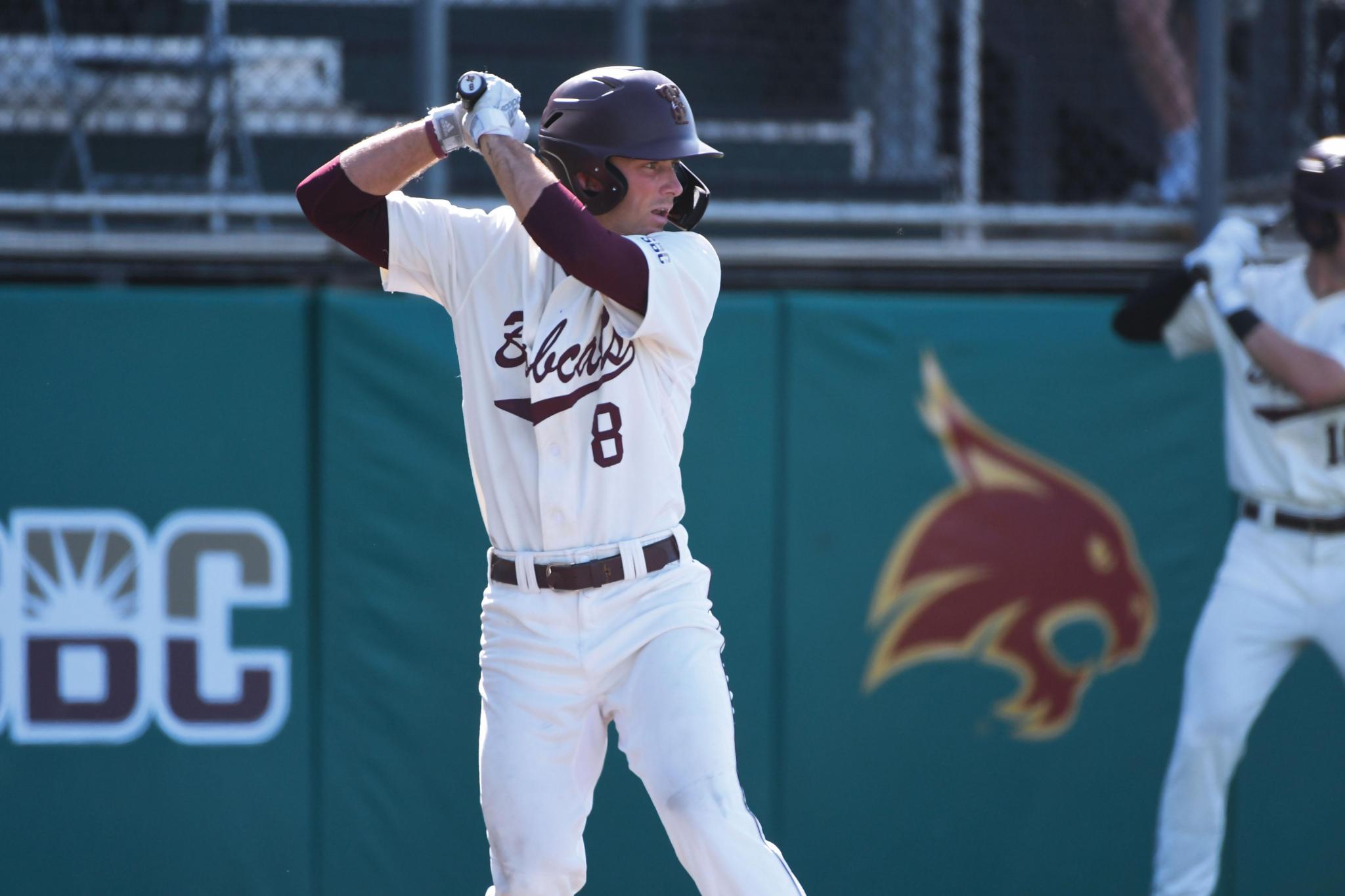 The Bobcats opened the evening with a pair of runs. Senior outfielder Ben McClain led off with a base hit and senior shortstop Dalton Shuffield followed it up with an RBI triple to centerfield. Senior outfielder John Wuthrich was walked in the next plate appearance and junior left fielder Jose Gonzalez grounded out, bringing Shuffield across.

The Bearkats countered with eight runs across the first three innings, going up 8-2. Wuthrich connected on a solo home run in the top of the fourth and McClain swung for an RBI single in the sixth to cut the lead in half, but the hosts put up another four-spot on the visitors in the bottom of the inning, extending the lead to 12-4.

Texas State began to rally in the eighth. Freshman first baseman Daylan Pena led off with a single up the middle, junior catcher Peyton Lewis drew a walk and senior second baseman Cameron Gibbons was hit by a pitch, loading the bases with no outs. A passed ball allowed Pena to reach home and the other two runners to advance a base. Another passed ball brought in Lewis and moved Gibbons to third. A sacrifice fly by McClain plated Gibbons, trimming the deficit to 12-7.

Still, the maroon and gold needed five more runs to keep the game going heading into the ninth inning. The team struck out in its first two at-bats. Pena reached first on an error, Lewis singled to right field and Gibbons drew a walk, loading the bases again. Senior outfielder Isaiah Ortega-Jones got a single to drop to bring in a pair of scores, putting the game-tying run at the dish.

Sam Houston State earned a strikeout, though, clinching the 12-9 victory. Trevis Sundgren (2-3) received the loss on the night.