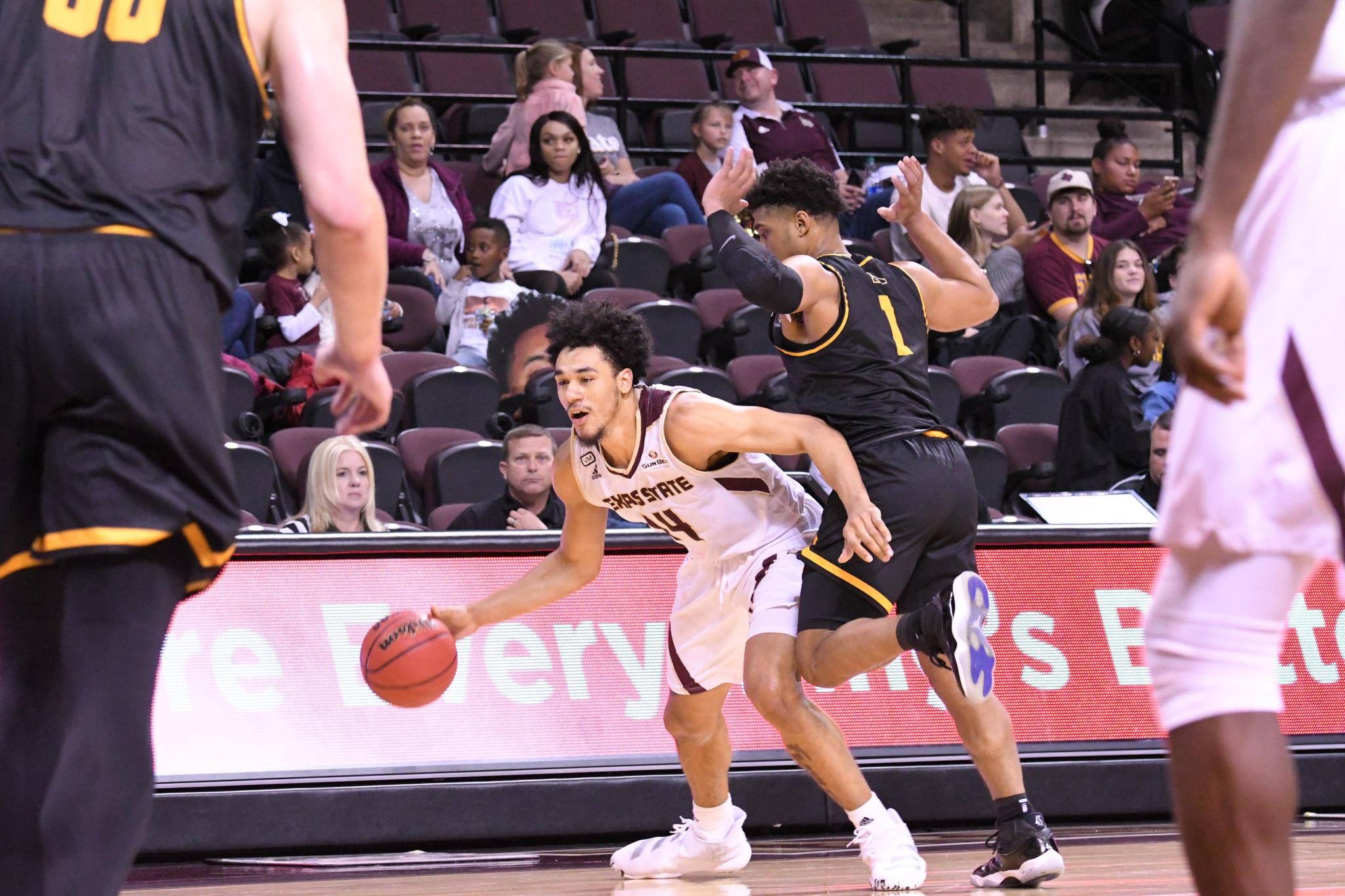 Junior forward Isiah Small, currently dealing with a “severely sprained” toe, went through pregame warmups with the Bobcats (10-8, 3-4) but let the coaches know he didn’t feel he would be able to help the team as much as he should. Small suited up and remained active for the game, but was pulled from the starting lineup in favor of Scott.

“I was really excited to get the opportunity,” Scott said. “(I wasn’t nervous) at all, I've been doing this all my life.”

The fellow junior forward made the most of his chance, scoring 11 points and grabbing six rebounds in a career-high 30 minutes while helping the team to an 82-57 win over the Mountaineers.

“It was a good win for our program,” head coach Danny Kaspar said. “I appreciate the way the guys have bounced back since our loss against Troy. We needed to do this. I mean, I expected us to do this and we did it. I wouldn't settle for much less than what we've seen the last two games.”

Starting point guard Mason Harrell had been a bit of a slump the past two games. The sophomore shot just 1-10 from the floor in Monday’s loss to Troy and fouled out of Friday’s win over Coastal Carolina.

Harrell made it a point to find his rhythm again Saturday. He hit a jumper from the left side on the Bobcats’ opening possession, narrowly beating the shot clock buzzer. He did the same on the next trip down, this time pulling up inside the paint. Junior guard Shelby Adams found him open on the right wing for a 3-pointer to give Texas State a 7-2 lead.

“I think his play the first few minutes was inspiring,” Kaspar said. “And I liked the way, as a sophomore, he bounced back quickly … Mason was playing very, very consistent, good basketball up to (the Troy game), so it's good to see him back on the positive side of the line again.”

Scott scored the next six points for the hosts, nailing two midrange jumpshots and sinking two free throws. The team’s lead grew to double digits by the 10:43 mark of the second half on a layup by freshman Drew Tennial — who took most Scott’s minutes as a backup power forward.

The Bobcats held Appalachian State to 25 percent shooting in the first half and rolled into the second up 41-20. Senior guard Nijal Pearson and redshirt sophomore forward Alonzo Sule combined for 26 points in the final 20 minutes as the maroon and gold cruised to the 82-57 victory.

“(I) just kind of find my spots, just try to go out there and just go up strong,” Sule said. “I think our coaches came up with a good game plan for us and I feel like we followed it, executed it well and we disrupted a lot their plays.”

Pearson finished the game with a team-high 22 points and now needs just nine to break the program’s all-time scoring record. He was followed by Sule with 18, Harrell with 15 and Scott with 11. Scott and Sule tied for the most rebounds with six each.

“Really I thought since the Sun Belt season started, this or the Arkansas State game was very good, very well played. Even in some of our losses, we played some very good basketball till the very, very end,” Kaspar said. “If we would have performances like this every night, you'd end up with a 25, 27-win season.”