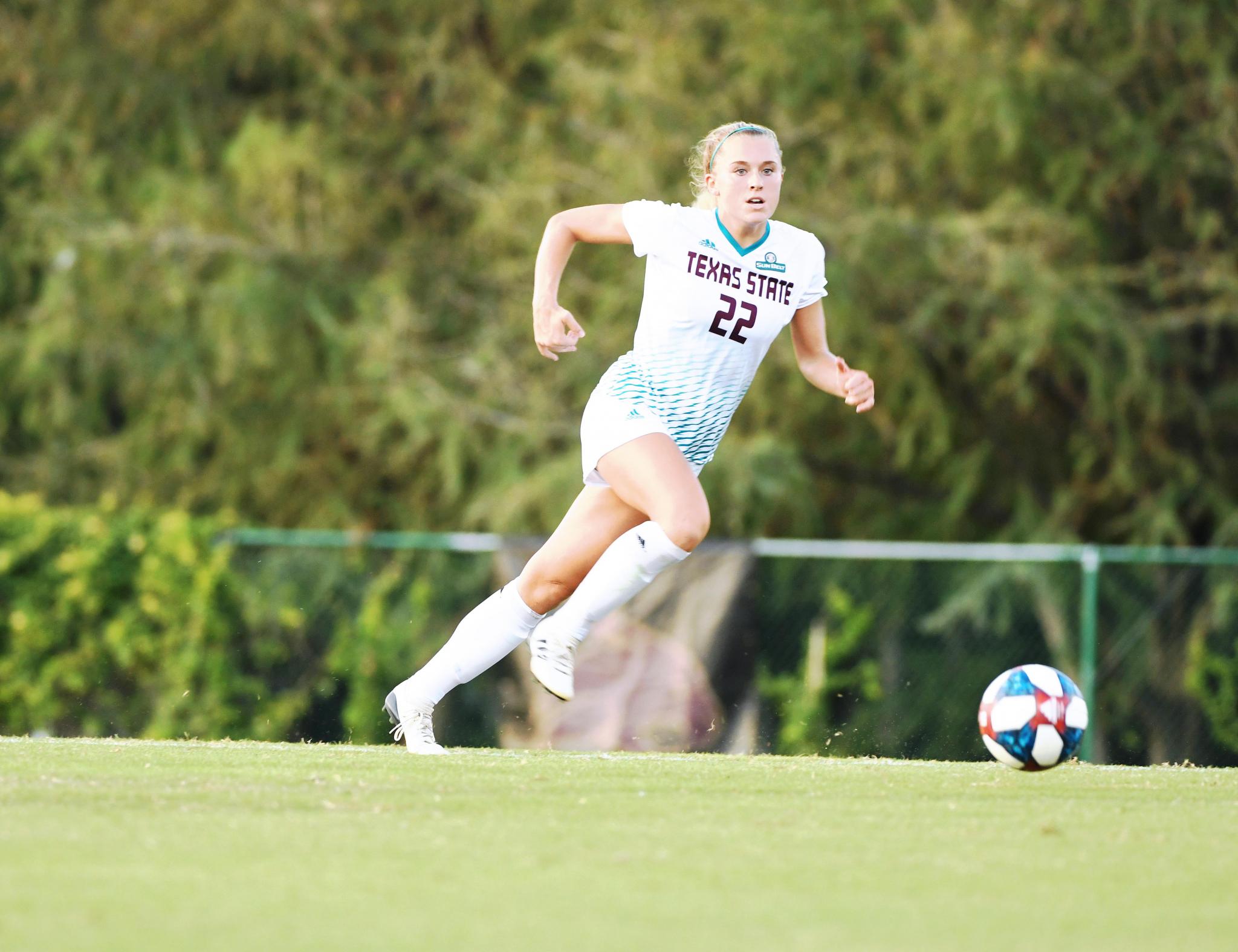 Bobcats hang on in overtime to beat Huskies

Kaylee Davis stood a few feet back from the ball, observing her opponent.

Houston Baptist redshirt freshman goalkeeper Ashtyn Franks stood alert in the middle of the goal, knees bent and eyes raised. Davis charged five steps toward the ball as Franks began inching to the left side.

Davis curled the ball into the top right corner of the net to give Texas State (4-0) a 2-1 lead over the Huskies (1-2) with 1:35 remaining in overtime. The maroon and gold hung on the rest of the way to take the win inside Bobcat Soccer Complex on Sunday.

It was Davis’ second penalty kick of the evening. Her first one tied the match at 1-1.

HBU junior forward Noor Abukishk took a shot at goal in the 23rd minute of the first half. Senior goalkeeper Heather Martin deflected the ball, but wasn’t able to hang on to it. Freshman forward Xya Balderas followed up, sending a putback attempt into the net for the first score of the game. The goal ended a 496:21 shutout streak for the Bobcats.

It didn’t take long for the hosts to answer. Twelve minutes later, sophomore forward Hannah Solano sent a pass into the box that hit a visitors’ hand, setting Davis up for a penalty kick. The senior snuck it past the goalie to the left corner for the equalizer.

Neither team scored in the second half, sending the game into overtime. The Huskies were called for another handball inside the box, allowing Davis to hit the go-ahead goal and extend Texas State’s winning streak to four.

Davis and Martin were each awarded a Sun Belt weekly honor for their efforts in matches against UTSA and HBU. Davis was named co-Offensive Player of the Week, along with South Alabama senior forward Briana Morris, scoring all three of the Bobcats goals. Martin recorded her 16th career shutout against the Roadrunners and is now tied for second most in school history.