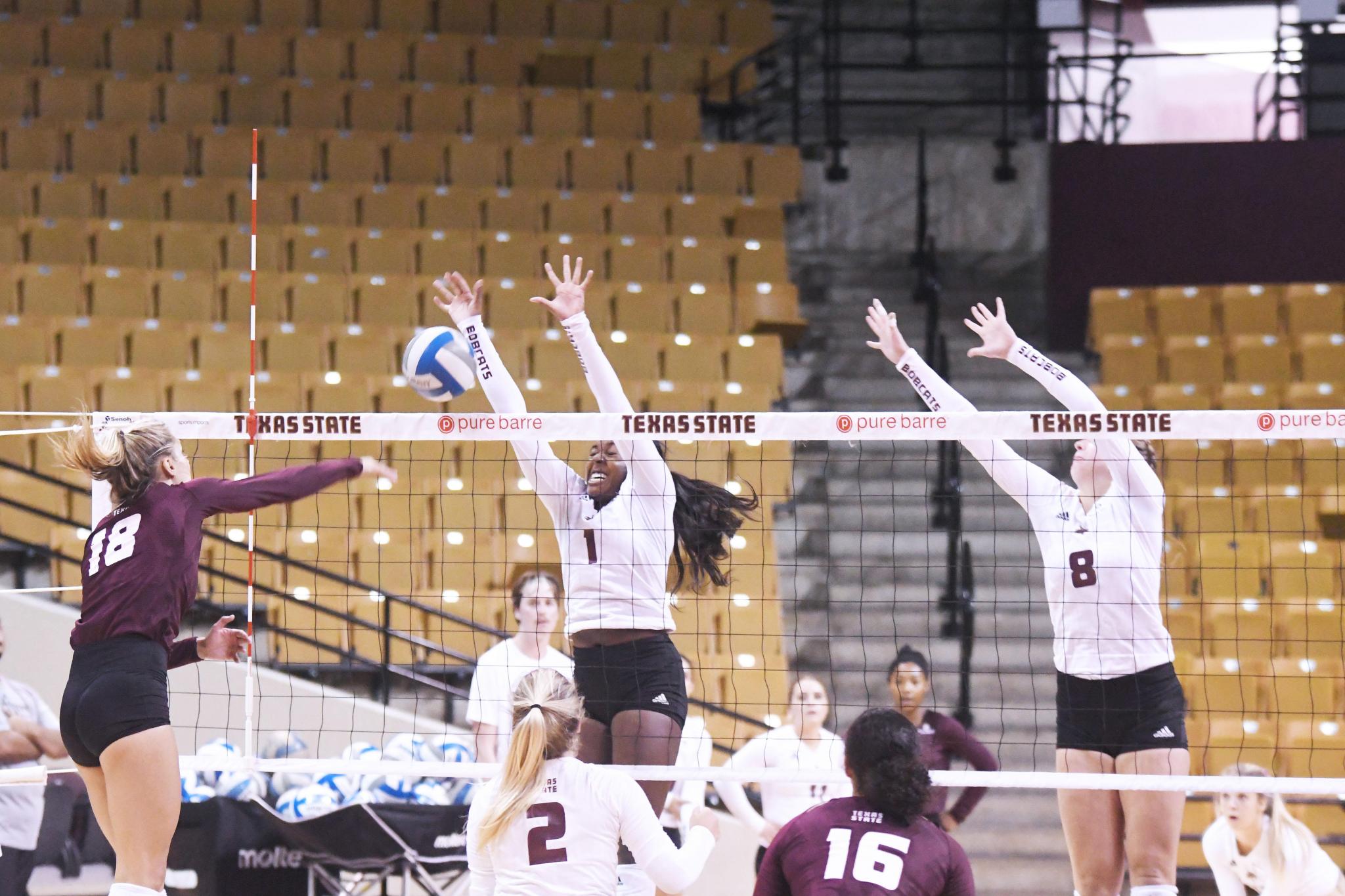 Bobcats introduce themselves at ‘Meet the Cats’ event

It was the first chance for eight Bobcats to put on their Texas State jerseys.

The maroon and gold competed in an intrasquad scrimmage during its “Meet the Cats” event inside Strahan Arena on Thursday, giving Texas State fans their first look at the 2019 Bobcats. It was also Chisum’s first time seeing this year’s team play in front of a crowd.

“I was pleased with a lot of things,” Chisum said. “But there's a lot of things we've got to keep working on. You know, I don't think we served and passed very well. But that's going to get better. The fun thing is everything we saw that we got to work on tonight is fixable. And again, we divided them up in what we felt was two equal teams. So now you put them back together and we take the best of both worlds, I think we'll be OK.”

Chisum said she came away impressed by the team’s first-year players. Freshman middle blocker Allie Smylie swatted away three balls on consecutive plays during the second set. Redshirt freshman outside hitter Lauren Teske blocked senior outside hitter Cheyenne Huskey on the first play of the match and registered a few kills. Freshman defensive specialist Kayla Tello came up with some important digs.

“You know, our freshmen are pretty good,” Chisum said. “It's just great to see them all out there and competing. We're always looking for competition, competitors.”

After the scrimmage each player introduced themselves to the crowd and answered questions from Chisum about the upcoming season. The Bobcats will open at home on Aug. 30, facing Liberty at 12 p.m. and No. 14 USC at 7 p.m.

Chisum said the team still has work to do, but is ready for the year to start.