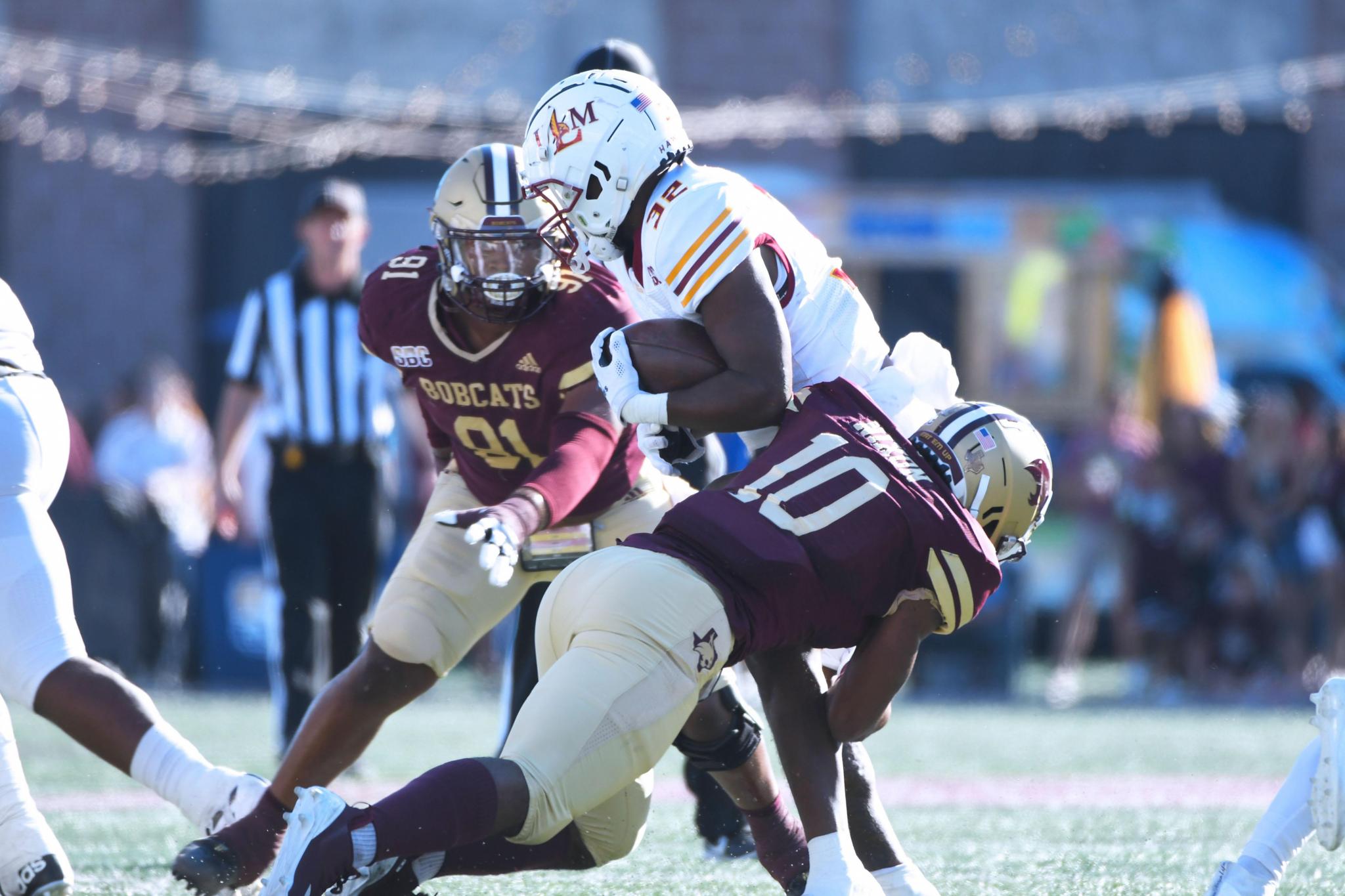 The Bobcats finally feel like they have depth in the trenches.

Throughout Jake Spavital’s three seasons in San Marcos, the maroon and gold have yet to get to where they want to be roster-wise on the defensive line. But with the additions of redshirt sophomore Texas transfer Myron Warren, redshirt junior Louisiana Tech transfer Levi Bell, freshman Louisiana transfer Dominique Ratcliff and redshirt senior Texas Tech transfer Nelson Mbanasor, Texas State has gotten some much-needed reinforcements on the interior.

Because of the ‘Cats bolstering of the defensive line, they can afford to hold players out who have minor injuries — something the maroon and gold haven’t been able to do much throughout Spavital’s tenure as head coach.

“We’ve had some little minor injuries, and we hold guys out for it and that’s my call,” head coach Jake Spavital said. “It puts some strain on some of these young guys, but it also proves the point that there’s an expectation that when you’re in, you (have) to perform at a high level, and that’s where some of the frustrations (come in) in these practices because we rep a lot of plays. So we’re gonna rep a lot of different people and you know, they’ve got to rise to the occasion. It gets frustrating on them, but there’s an accountability of it, and then we’ll see how they respond.”

The Bobcats have gotten to a point now where they have 13 total defensive linemen on the roster, allowing the team to go four rotations deep in their three-man front.

This also allows certain players to play their natural position on the line instead of having to cross-train, which the maroon and gold have been doing over the past three seasons to ensure they’re sending people on the field that are playable.

“What (depth) does is it allows you to move guys,” defensive coordinator Zac Spavital said. “Since I’ve been here (we’ve had) to take three to four guys and bridge them over what a normal roster would have five to six guys playing spots. Like, (senior D-lineman) Nico (Ezidore) was playing two positions during games. We don’t have to do that now.

“He can really lock in and fine-tune what he’s good at and I think that’s the biggest thing right now. There’s not a depth chart. I mean, there is some real competition going on, and it’s not been like that since I’ve been here at all.”

Another name to watch is redshirt sophomore Davon Sears, who transferred from Ellsworth Community College in 2021.

“You come out of spring and I was really, really pleased with where Davon Sears was,” Zac Spavital said. “He’s a guy that redshirted — probably our most talented guy from just a numbers, athletic, size, speed standpoint — (and) didn’t have much experience at the two position. So (we’re) excited about him, he’s really turned it up (since) the spring.”

The Bobcat defensive line will look to continue to progress throughout fall camp over the course of the next two and a half weeks, leading up to the week of Aug. 29 when they’ll set their sights on the Nevada Wolfpack. The maroon and gold will travel to Reno, Nev., to kick off the start of the 2022 season in Mackay Stadium.