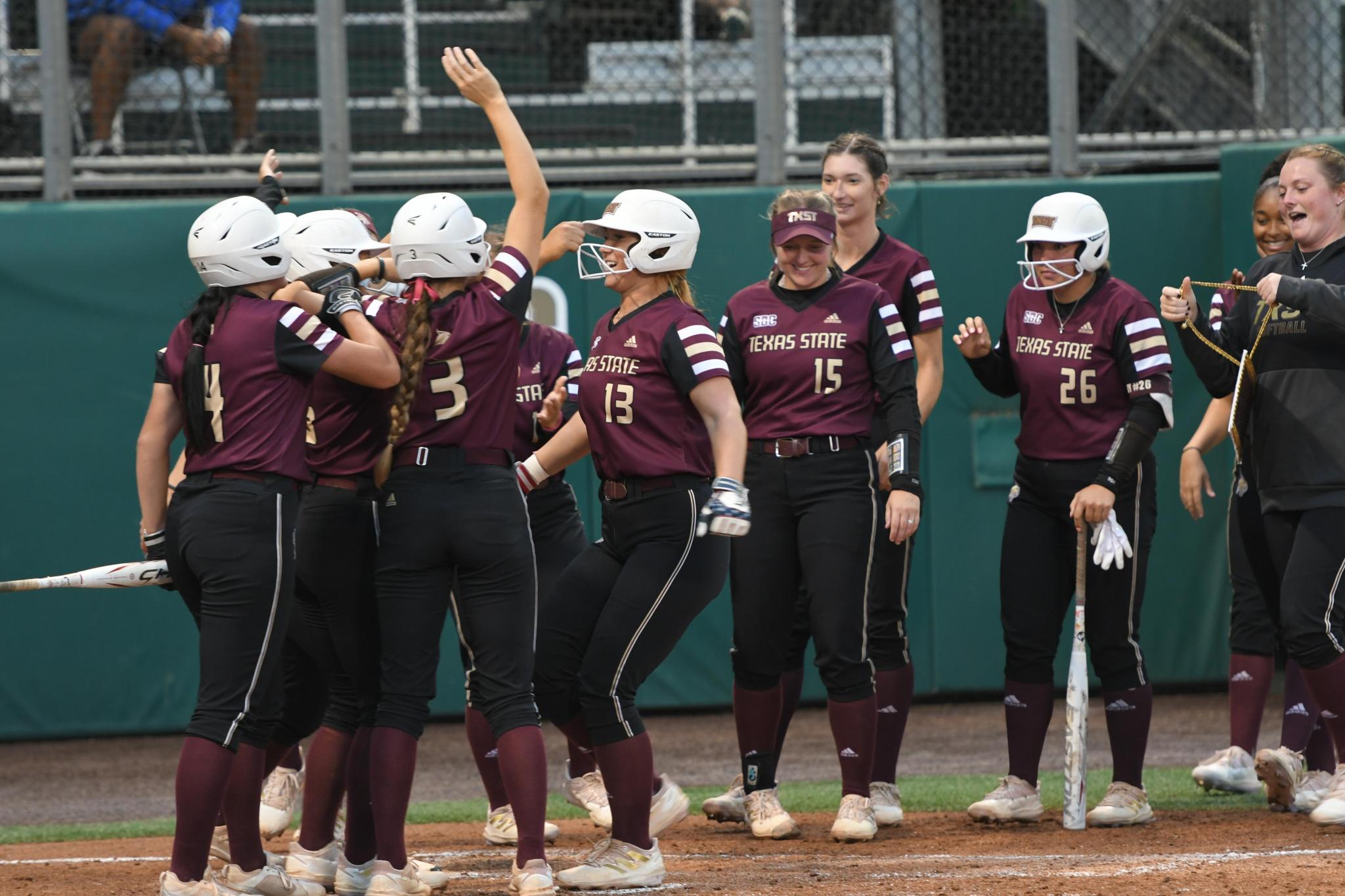 No. 3 seed Texas State shut out No. 6 seed Appalachian State on Wednesday in the teams’ opening game of the Sun Belt tournament in Mobile, Ala., 2-0.

“Well, obviously we kind of survived that game just like we have been the last few games with (sophomore starting pitcher Jessica) Mullins on the mound,” Bobcats head coach Ricci Woodard said. “You know, my theory is if the other team doesn't score, we can't lose. So I thought she threw a heck of a ballgame. She struggled a little bit early with her control factor but ended up finding it and kind of dominating the game in my opinion.”

The maroon and gold got on the board with a run in the bottom of the second. Sophomore right fielder Anna Jones led the frame off with an infield single and senior catcher Caitlyn Rogers followed it up with a walk. Senior designated player Cat Crenek used a sacrifice bunt to move both runners in scoring position and a sacrifice fly from sophomore second baseman Claire Ginder allowed Jones to tag up from third base for the first score of the game.

Claire Ginder uses a sac fly to plate Anna Jones for the first run of the game https://t.co/LAlnjEs9kP pic.twitter.com/EX3zuSqrDR

Mullins pitched the complete-game shutout, surrendering just two hits and three walks while striking out four. The newly-minted Sun Belt Pitcher of the Year received the win, improving to 26-11 on the season.

Texas State still only led the Mountaineers (29-24, 10-15 Sun Belt) by one with two outs in the bottom of the sixth. Rogers and Crenek each swung for base hits and Ginder drew a walk to load the bases. Woodard sent in freshman Kaitlyn Dutton to pinch-hit for junior first baseman Tori McCann in the next plate appearance — the first of Dutton’s career.

Dutton earned a walk on a full count, scoring Rogers on a free run. Mullins went on to retire the side in the top of the seventh to secure the 2-0 victory.

“I just felt like Tori hasn't done a real good job with runners in scoring position lately. And so you know, Dutton looked good yesterday during practice, swung the bat well the entire time,” Woodard said. “I think she's just a kid that's been working at it the last month or two and I felt like she would handle the situation probably a little bit better in that spot.”

“I think this group just wants to play ball and win ballgames right now, so I don't think they're too worried about which game of the day it is or who the opponent is right now, which is why I like the feel of this group right now,” Woodard said. “They just want to go out and play ball games.”