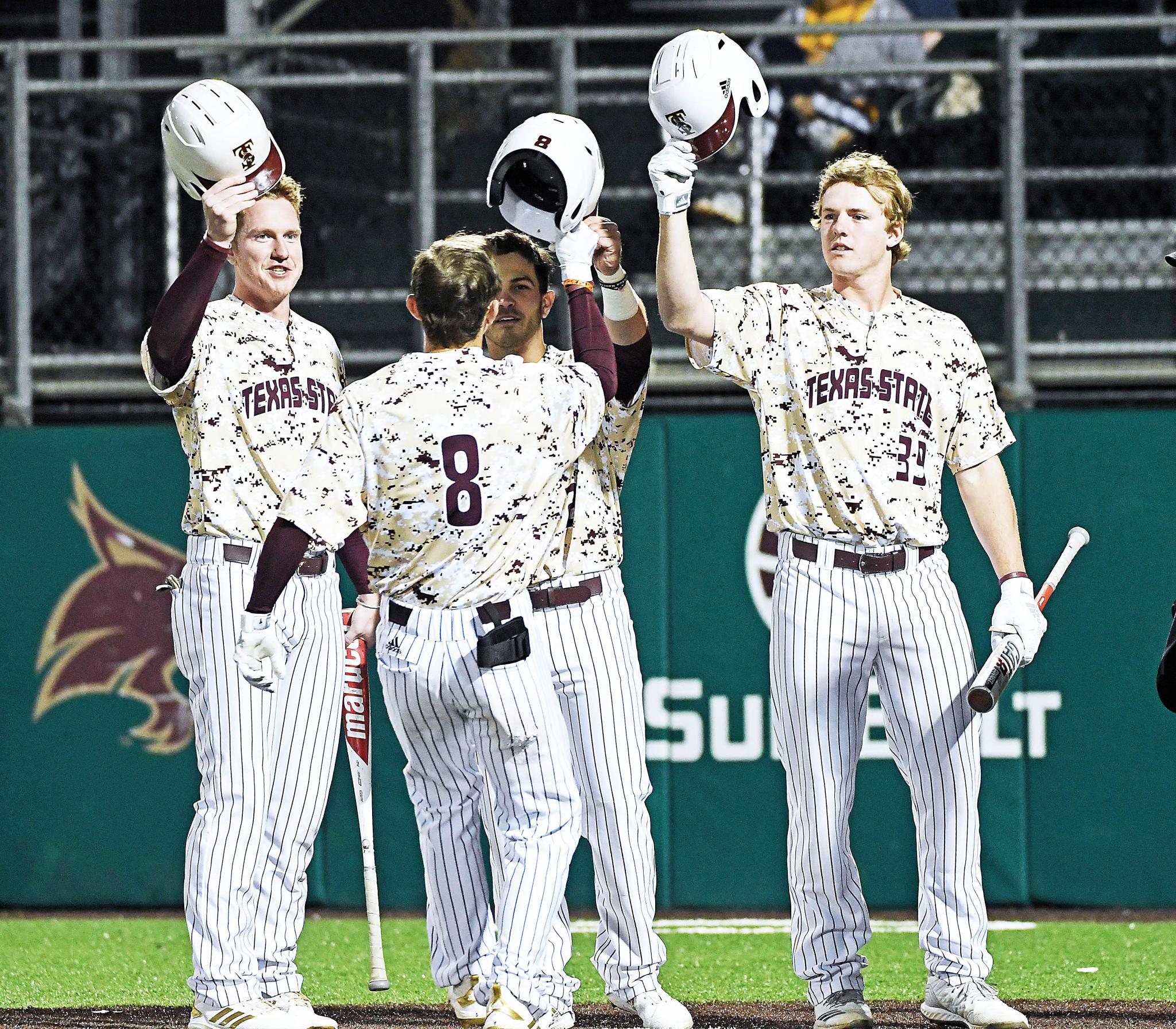 The Bobcats got on the board in the top of the first inning. Junior infielder Jaxon Williams singled up the middle in the team’s first at-bat. Redshirt junior outfielder Will Hollis did the same. A wild pitch by the Owls allowed both to advance a base. Redshirt senior outfielder brought Williams home with a sacrifice fly to right field to give the visitors a 1-0 lead.

Redshirt senior outfielder Travon Benton drove in another RBI for the Bobcats in the next inning, doubling to second to send sophomore infielder Dalton Shuffield across the plate.

Junior right-handed pitcher Garrett Herrmann struck out two batters in each of the next four innings, allowing five hits and zero walks. The Bobcats picked up another two runs in the top of the fifth to extend their lead to 4-0.

Texas State tacked on one more for good measure in the eighth. Shuffield singled to center field, stole second base, and reached third on a passed ball. Freshman catcher Peyton Lewis flied out in the next at-bat, allowing Shuffield to tag up and score the fifth run of the day for the team. Rice never answered, and the Bobcats took the 5-0 victory.

Herrmann finished the game with 10 strikeouts in 5.2 innings pitched, earning the win. Shuffield and Benton each went 2-4 at the plate. Shuffield and junior infielder Cole Coffey had two RBIs each.

Texas State (11-6) begins Sun Belt play on Friday when the team travels to Mobile, Alabama for a series with South Alabama (8-6). Friday’s game begins at 6:30 p.m.