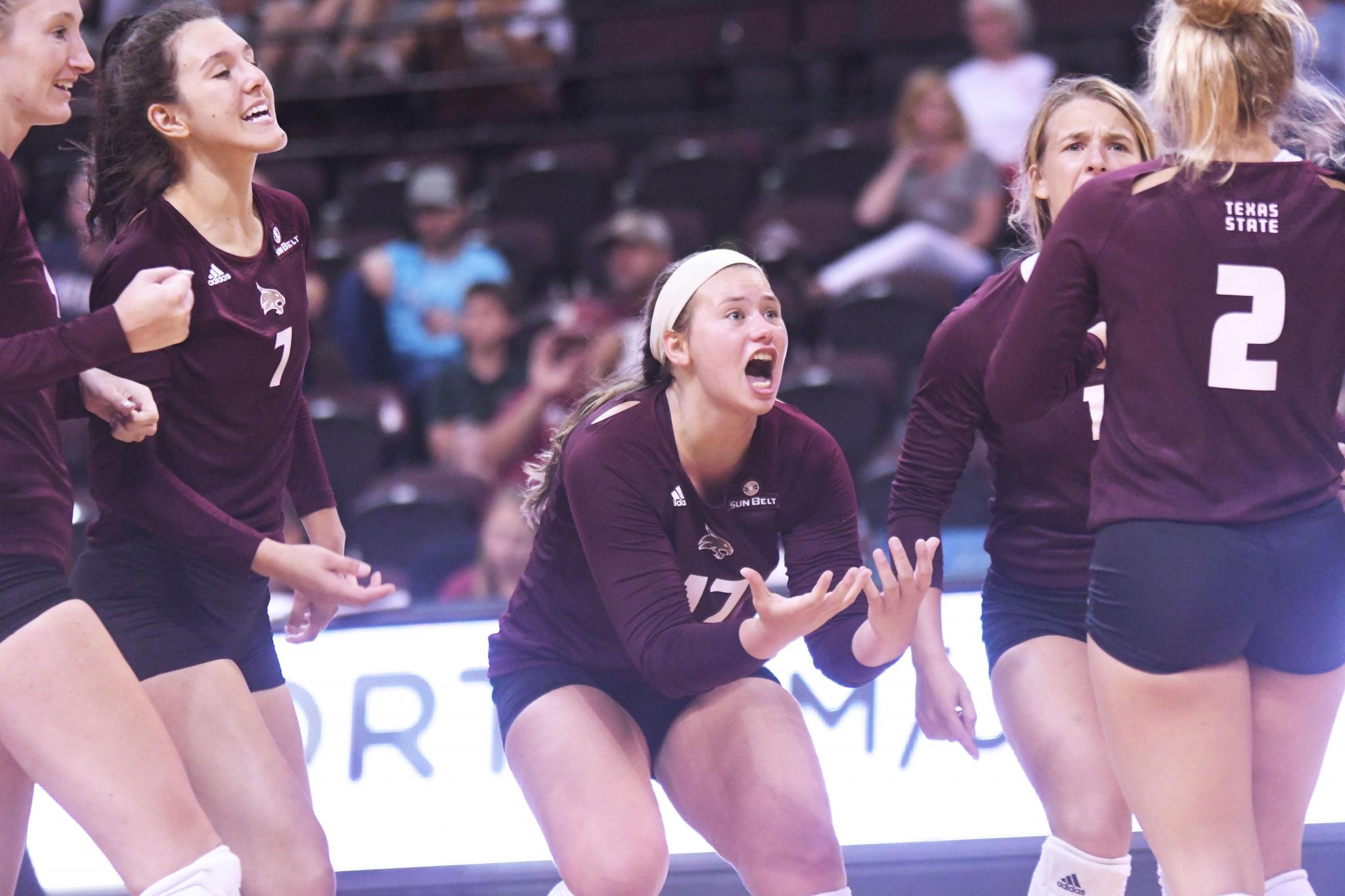 The Bobcats scored the opening three points, with sophomore setter Emily DeWalt handing assists to sophomore outside hitter Janell Fitzgerald and junior middle blocker Tyeranee Scott. The team later used a 5-0 run to extend the lead to 16-10, with Fitzgerald returning the favor for DeWalt to earn a kill.

The Bulldogs managed to tie it back up at 24-24, but an attacking error from Georgia and a block by Fitzgerald and sophomore middle blocker Jillian Slaughter allowed Texas State to take the set, 26-24.

The momentum carried over into the next frame. The Bulldogs scored the opening point, but the Bobcats responded with a 5-0 run, including two aces from Cheyenne Huskey. The senior outside hitter tallied a service error on the next play, but the maroon and gold took the next three points to jump in front 8-2. Georgia never came closer than three points the rest of the way, as Huskey spiked for the final point of the game, taking a 25-19 win.

Georgia came out strong in the final set of the match, taking a 17-15 lead at the start. Huskey and Scott each picked up a kill to tie the frame back up, and the Bobcats added two more points on attacking errors by the Bulldogs to go back ahead. The team closed out on a 6-2 run to end the set, 25-19, and the match, 3-0.

“I am extremely proud,” head coach Karen Chisum said in a statement. “The Sun Belt just buried the SEC with this win. Our blocking was much improved. Everyone did a great job on that front line and our bench is getting deeper and more experienced. I am pleased with where we are.”

Huskey led the team with 11 kills, followed by Fitzgerald with 10. The Mizuno Classic was Fitzgerald’s first time back on the court since injuring her right ankle during Texas State’s season opener against Liberty on Aug. 30. DeWalt dealt 29 assists and Scott rejected four shots, one of them on her own.

The Bobcats will compete in the Texas A&M Invitational in College Station this weekend, opening the event against the Aggies (4-1) on Thursday at 6 p.m.