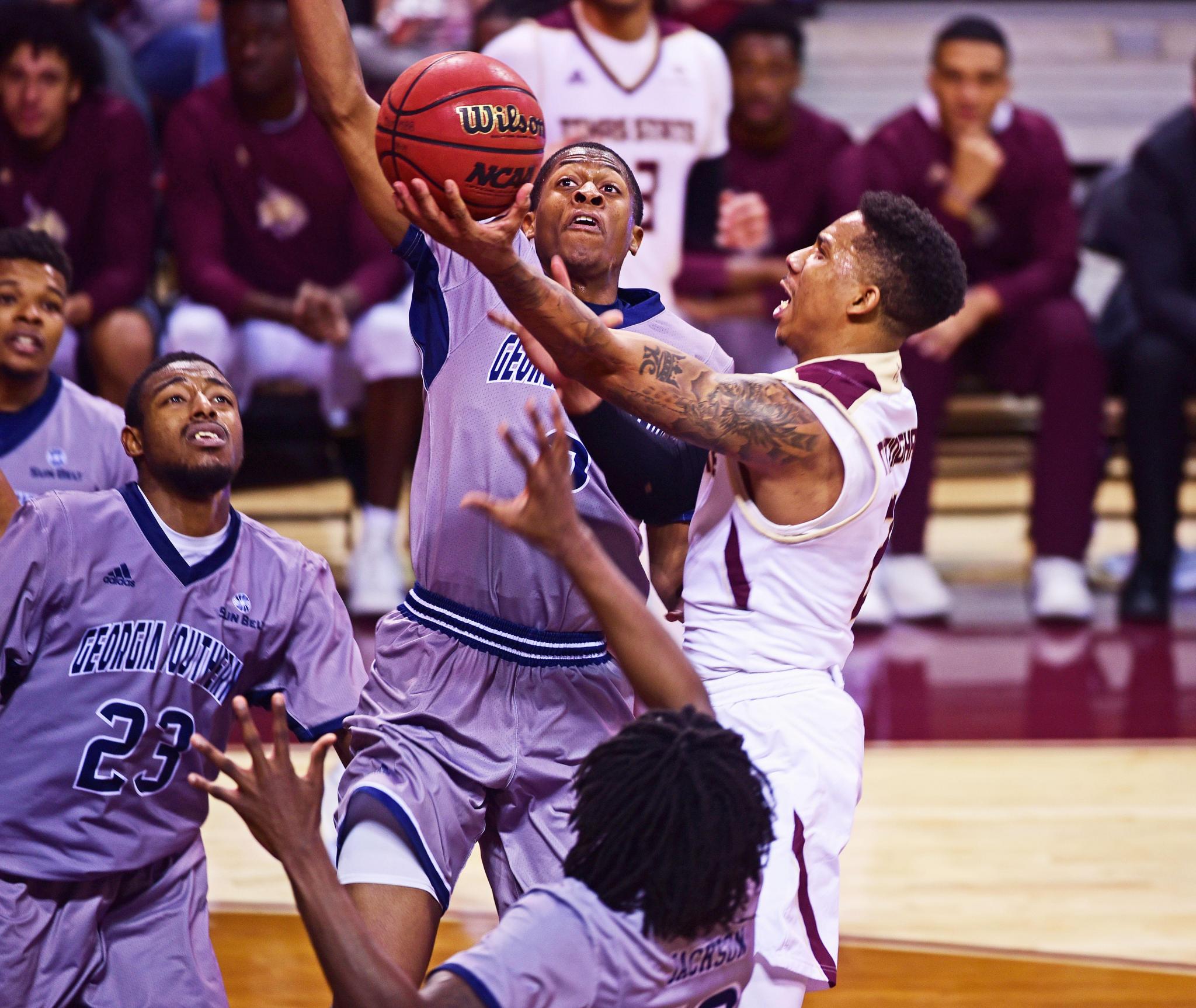 In a game that he felt like Texas State should’ve won by 15 or 20, the Bobcats had to defend a flurry of game-tying 3-point attempts from Georgia Southern.

Texas State survived to win its Sun Belt opener, 73-70, on Thursday inside Strahan Arena. Despite earning the victory, it was the frustrating end that resonated in the Bobcats’ minds after the game.

“Quite frankly, I’m tired of winning like that,” Peacock said. “I like comfortable wins. I don’t like them shooting 3s to tie the game at the end of the game.”

“We went through that all of conference last year,” Peacock continued.

Fourteen of Texas State’s 18 Sun Belt games last season were determined by six points or less, which it split evenly.

Following the Bobcats’ three-point win on Thursday, head coach Danny Kaspar wasn’t happy with how his team closed out the game.

“Not happy at all,” Kaspar said. “Guys don’t even talk about being a championship team if we’re going to perform like that at home. We should’ve won that game by 20. I know that may sound funny but at times we were up 13,14 and we do some dumb things. You know, we can’t do that.”

The Bobcats held onto the lead until Eagle junior forward Isaiah Crowley converted a layup to even the score at 11-11 and then gave them an 13-12 lead with bucket inside the paint.

The game went back and forth until Nottingham sank a 3-pointer to hand Texas State a 20-17 advantage.

The Bobcats held onto the lead throughout the rest of the half, taking a 43-37 lead into the half.

Texas State held command of the game with two leads of 12 and their largest of advantage of the night coming at 68-54 with 8:29 remaining in the second half.

But the Bobcats struggled in the final seven minutes of the game. Georgia Southern deployed a 1-3-1 trap defense and 1-2-2 press that gave Texas State fits.

The Bobcats failed to score a field goal in the final 3:03 and only went 1-4 from the free throw line in the last 33 seconds.

Although the Eagles’ defense gave Texas State trouble, Nottingham said the Bobcats’ struggles were caused by themselves.

“I feel like we’re our biggest competition. We’re our biggest enemy,” Nottingham said. “They slowed us down definitely but I still feel like we made minor mistakes on our end. We’ve got to do a better job closing out games, hitting free throws, minimizing our turnovers, stuff like that. But they came to play.”

Georgia Southern,however, took advantage of Texas State’s struggles. The Eagles cut the deficit down to three points and with the final possession they had three opportunities to tie the game, but the Bobcats held onto win.

“I was feeling pretty good until that last six minutes and then we pulled some nincompoop moves,” Kaspar said. “I don’t understand, and so rather, I wouldn’t call it a butt chewing but I got after (the team) and I got after my starters. These useless turnovers at the end … That was totally unnecessary … I just thank the good lord we got the win.”

Texas State continues its opening conference homestand against Georgia State (10-4, 1-0) on Saturday at 4 p.m. The Bobcats know they’ll have to play better against the Panthers if they want to come out with a win over the preseason Sun Belt favorites.

“We can’t have a lot of dumb turnovers and a lot of bad defensive plays and stuff like that,” Peacock said. “But overall we got the win. Just come back and learn from it.”