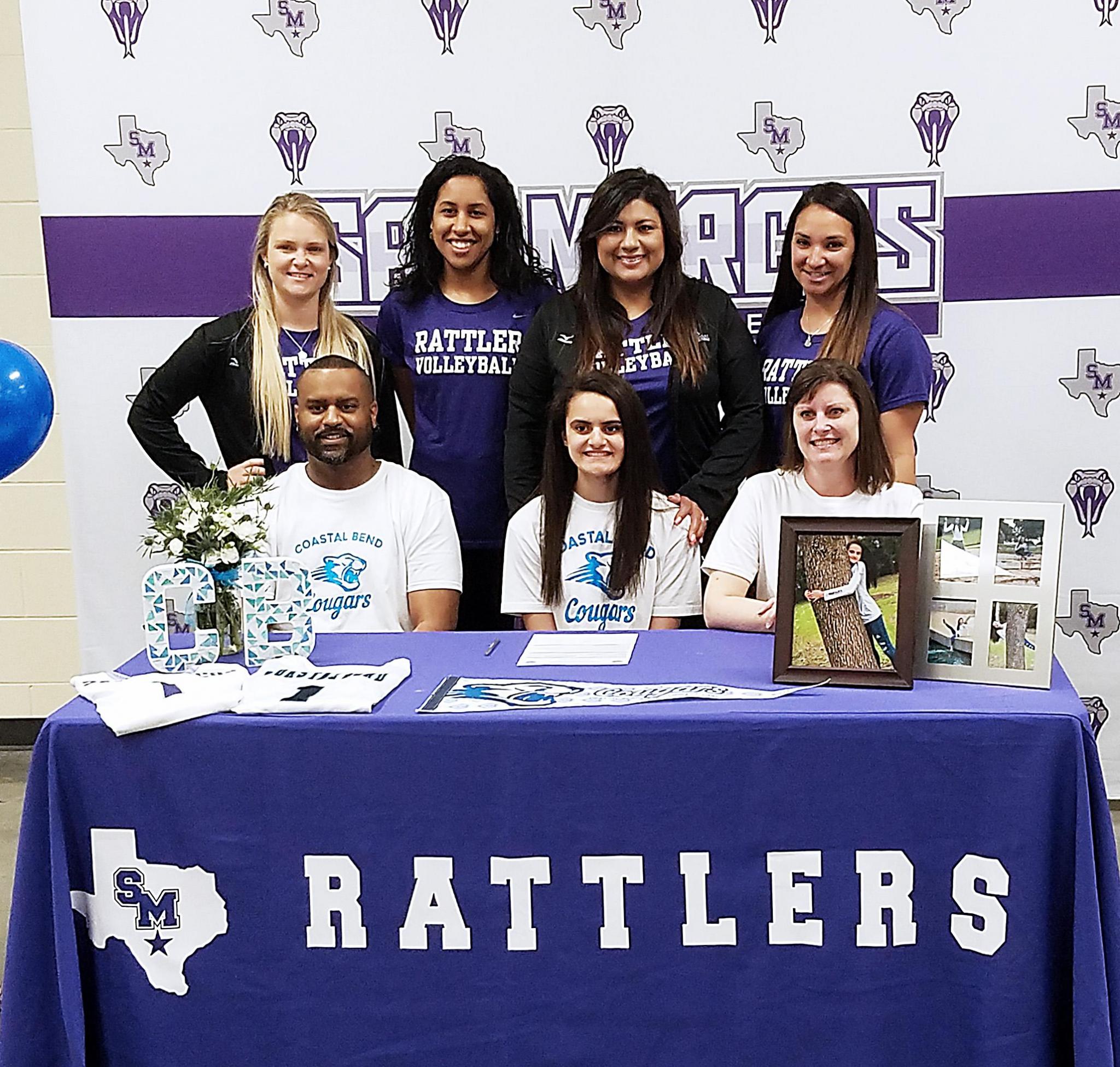 Devin Branch was a little shy at first.

Her mother had signed her up for Junior Rattler volleyball camp in the summer of 2008, led by San Marcos head coach Michelle Moreno. Branch was only seven years old at the time and had never played the sport.

There were only 20 kids or so in Branch’s age group — it’s doubled in size since. Moreno said the smaller group helped Devin get over her nerves.

“We got her in her comfort zone,” Moreno said. “And she really started liking it.”

Branch stuck with it. She continued to return to the camp every summer throughout elementary and middle school and played for Moreno’s teams once she reached high school, improving each season. The 11-year run together was punctuated on March 5, as Branch signed a letter of intent to play for Coastal Bend College.

“I just liked the fact that (volleyball) got me moving,” Branch said. “And I never stopped moving.”

Moreno was always excited to see Branch at the camps, but noticed something once the player reached seventh grade: Branch was getting good. She grew a lot. Her footwork got better each time Moreno saw her. And soon, she would be a freshman in high school.

Branch noticed it, too. She started getting serious about the sport, joining a club team and training in her free time.

“(I knew) I had potential playing that sport for a while, so I just kept improving and improving until I got to middle school,” Branch said. “And I was just like ‘Yeah, I can actually get somewhere from here.’ So I just kept playing.”

Branch was put on the freshman ‘A’ team her first season at San Marcos as a right side hitter. She was an elite defender at the net, able to anticipate where the ball was going and get a hand on it before it came on her side of the hardwood.

Moreno moved her up to the varsity team as a sophomore and shifted her to the middle blocker spot. She stayed there the next three seasons.

Branch was a 14-6A All-District honorable mention in 2017. She made the All-District academic team each year on varsity and was named to the Texas Girls Coaches Association All-State academic team for maintaining a 92 average throughout high school. Branch also racked up 347 kills and 107 blocks during her three varsity seasons.

Next year will be Branch’s first playing volleyball for someone other than Moreno. She’s excited to join the Cougars and said she enjoyed the “environment” of Beeville. It felt like home to her.

"It just shows that passion goes a long way. If that passion and her drive just continue, I know that she’ll step up to the level,” Moreno said. “It’s going to be work, just like it was in high school. She does have to work at things. But what I like about Devin is she doesn’t give up. So, I expect that she’ll do the same at Coastal Bend.”