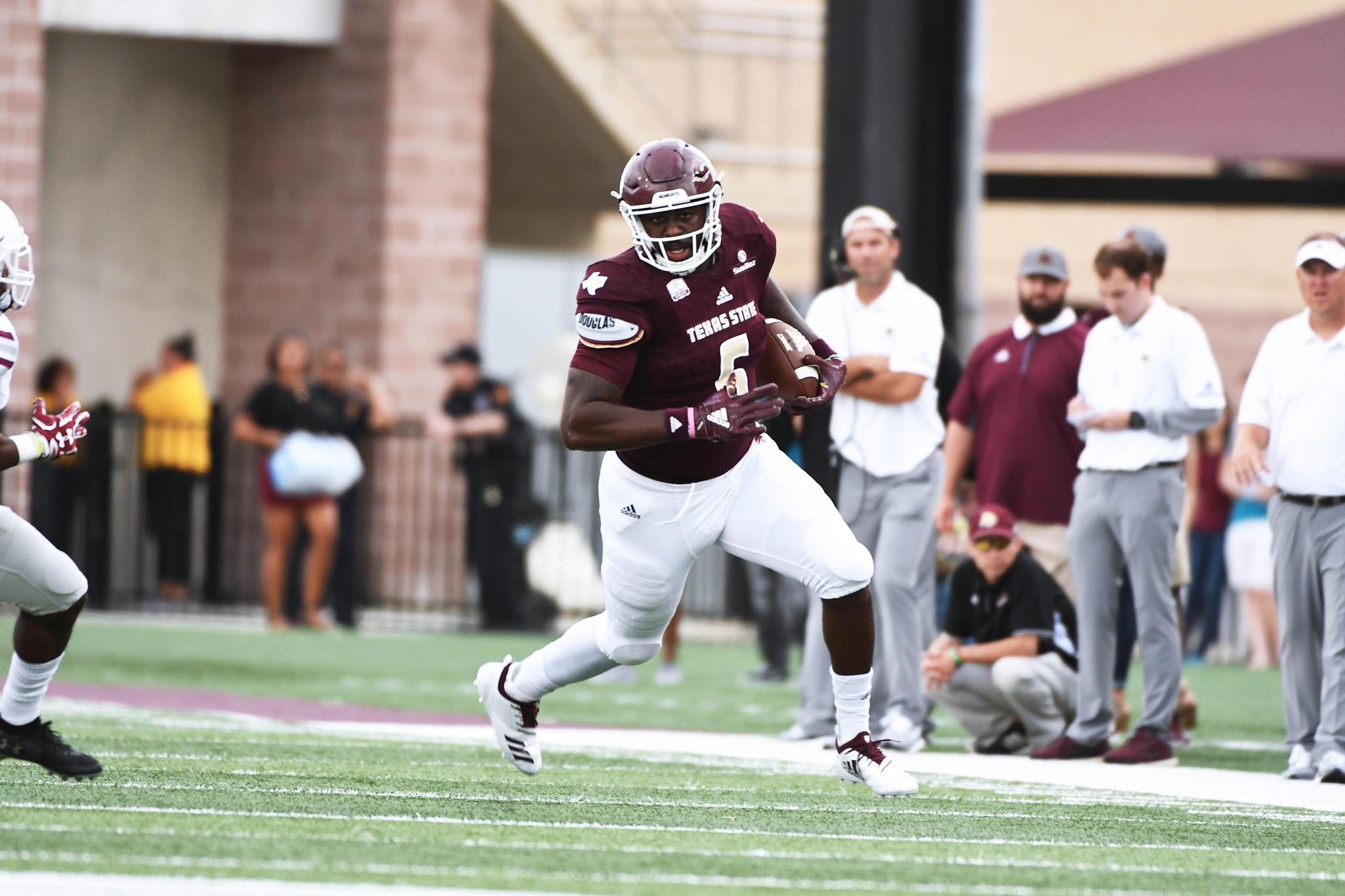 It was the day before spring camp began in 2014 and Tyler Watts walked into the Texas State football end zone complex with one goal in mind.

He was going to earn a roster spot for the Bobcats.

He was just a student at the time, hoping to walk on the team. He was shy. He didn't know anybody. He didn’t know if he would play running back, receiver or another position. But he was going to make the roster. And he did.

Watts walked into the endzone complex again on Friday. Things were a little different this time around. He received an athletic scholarship in 2016 and graduated with a bachelor’s degree in business management in Dec. 2017. He solidified himself as a slot receiver caught 102 passes for 882 yards and three touchdowns in three seasons for the maroon and gold. He knew most people in the room now, aside from a few men holding clipboards.

His goal was still the same. He was going to earn a roster spot. But this time it was for an NFL team at the Texas State Pro Day.

Watts, listed at 5-foot-8 and 165 pounds, began the day in the weight room, showing off his vertical and broad jump. He moved to the bench press where he pumped 225 pounds for 16 reps.

“Last week I was hitting like 13 (reps),” Watts said. “My goal was hitting 15 this whole time, though. I knew once I got in here and once I was at home, everything was going to click and I was gonna get that little adrenaline rush. And so, once I got to 10, I was like ‘Yeah, I can get it.’ So, I was really happy about that.”

The receiver then headed out to the field where he was joined by his teammate, tight end Keenen Brown. The 6-foot-2, 250-pound prospect already made his first impression on scouts two weeks ago at the NFL Draft Combine in Indianapolis and was looking to show improvement on his 4.75-second 40-yard dash, 4.51-second 20-yard shuttle and 7.27-second three-cone drill.

The pair went through each drill, and also ran a few routes in front of a handful of NFL scouts inside Bobcat Stadium. Brown enjoyed the familiar atmosphere.

“It was a way different setting at the combine, a lot more intense,” Brown said. “You’re on their pace, their time. But here, you can relax, be at home, be in your stadium, do what you do, be where you’ve been at all your life. So, you can relax, take your time and just have fun.”

Both players ended the day inside, watching film and answering questions from the scouts. They both plan to continue working out until the draft and will hope they hear their name called sometime during April 25-27.

“It felt great, just being in front of a couple guys, being able to showcase what I do best,” Brown said. “It’s just a good experience, good environment, back at home, back at Texas State where I love to be at. So, it’s a great place to be.”