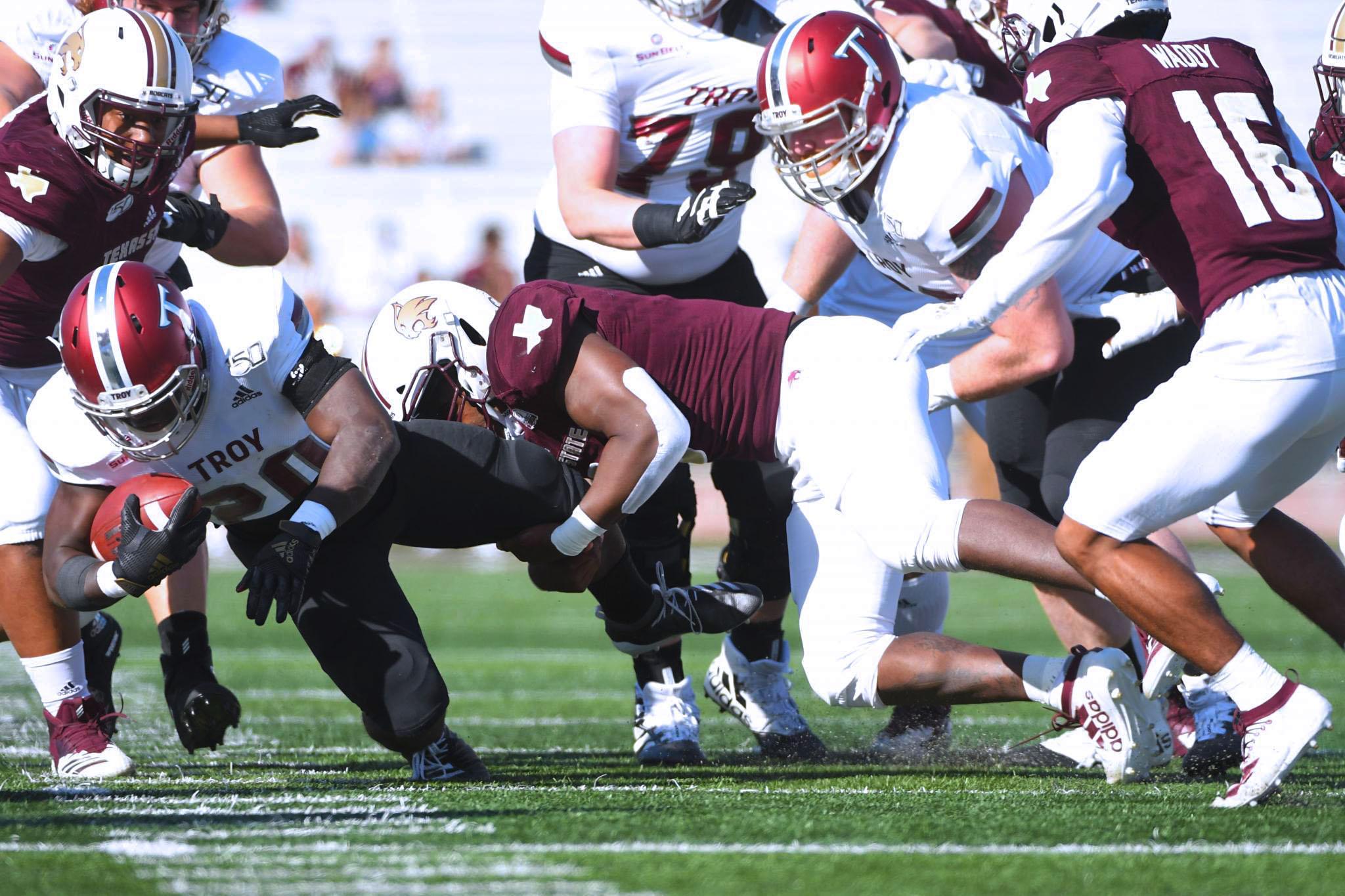 The Trojans are 10-1 all-time against the Bobcats, with an average margin of victory of 22.8 points. The maroon and gold’s last win in the series came on Oct. 4, 1997, defeating Troy in San Marcos, 31-17. Since joining the Sun Belt, Texas State is 0-6 against the Trojans. The closest the team came to winning was on Nov. 17, 2018, when they held Troy out of the end zone but gave up four field goals in a 12-7 loss. Former Bobcats head coach Everett Withers was fired the next day.

Troy hasn’t been the same Sun Belt title contender since Neal Brown left for the West Virginia job in 2019. The Trojans have won just five games in each of the past two seasons under head coach Chip Lindsey, though were prone to close losses in 2020 and could be ready to bounce back this year.

The team ranked in the top half of the conference on defense, allowing 405.1 yards per game. The Trojans return every starter from the unit, including two-time All-Sun Belt First Team member Carlton Martial, who led the FBS with 114 tackles last season. Martial will be joined by six All-Sun Belt selections in defensive linemen Will Choloh, Richard Jibunor and Javon Solomon, who combined for 20.5 tackles for a loss and 10.5 sacks, junior linebacker K.J. Robertson, who added 60 tackles and four tipped passes, and sophomore safety Dell Pettus, who totaled 58 stops, five pass breakups and one interception.

The defense is also bringing in five transfers to bolster their unit, four of whom are from Power 5 schools and two of whom — Michigan linebacker Jordan Anthony and North Carolina State cornerback Taiyon Palmer — who were previously rated as four-star prospects by 247 Sports.

Troy’s offense was fairly middle-of-the-pack, averaging 392.8 yards and 27.4 points per game. Sophomore Gunnar Watson, who completed 70.1% of his passes for 2,141 yards and 16 touchdowns with seven picks, will be in competition with Mizzou transfer Taylor Powell for the starting quarterback job. They’ll both be looking for a new top receiver after Kaylon Geiger left for Texas Tech. Reggie Todd is a prime candidate after catching 43 balls for 394 yards and six scores.

The backfield will return its top three rushers, led by freshman Kimani Vidal, who took 101 carries for 516 yards (5.1-yard average) and four touchdowns. The offense also features some of the top linemen in the league up front in All-Sun Belt First Teamer Austin Stidham and Second Teamer Dylan Bradshaw.

Texas State will to end a nine-game losing streak against the Trojans on Oct. 16, hosting them inside Bobcat Stadium. Bill Connelly of ESPN’s SP+ projections predict a 7-5 overall record for Troy in 2021, including a 5-3 record in league play. Connelly gives the maroon and gold a 23% chance to win, making the Trojans a “likely loss” for Texas State.