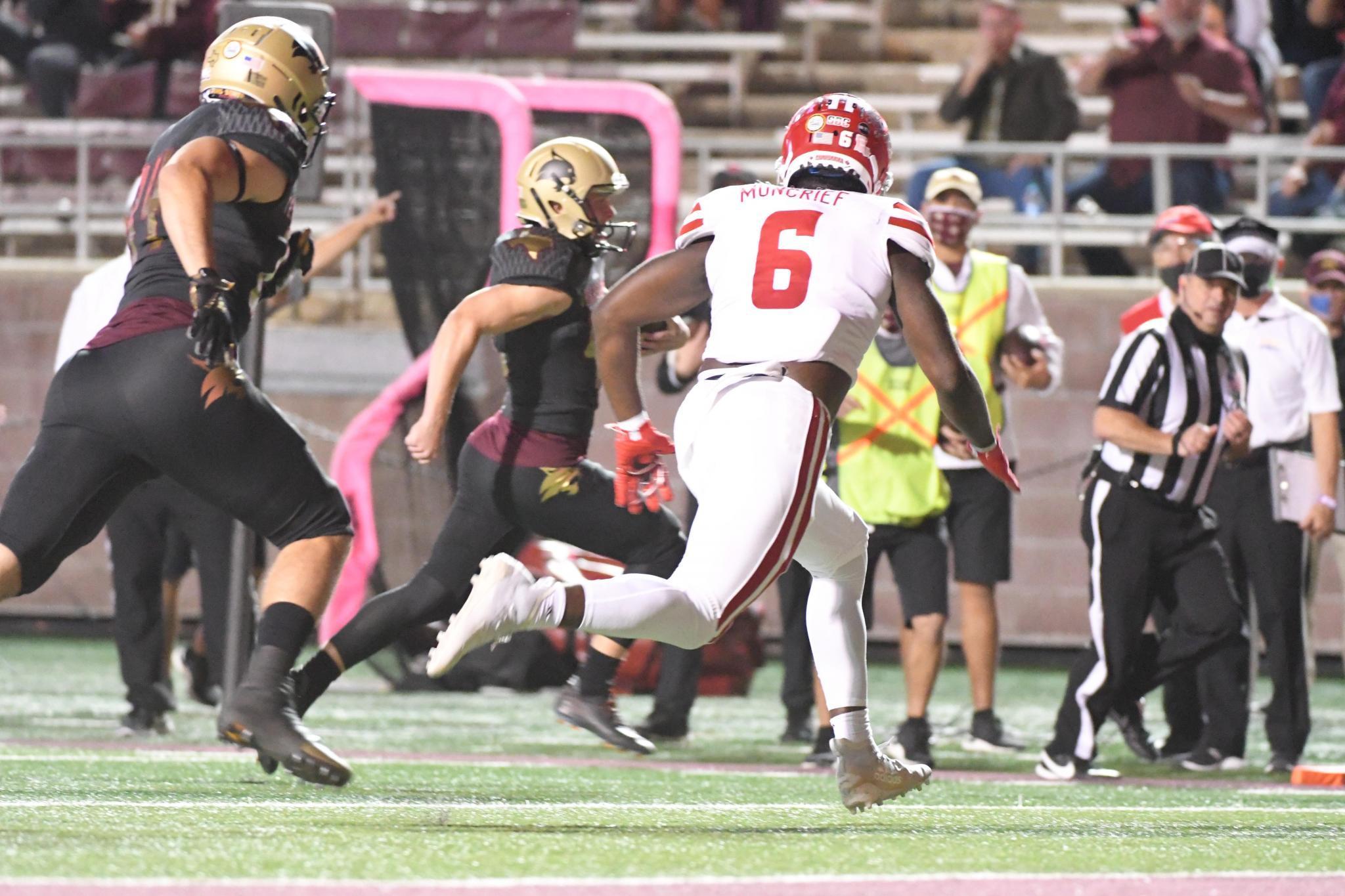 Countdown to Kickoff: Bobcats search for first win against Cajuns

After back-to-back seasons as the Sun Belt’s runner-up, Louisiana finally earned a conference title — though, they had to share it with Coastal Carolina after the championship game was called off due to COVID-19 protocols.

The Ragin’ Cajuns posted their second double-digit win season of the past 50 years in 2020, going 10-1 overall with a marquee victory over Iowa State in the season opener. However, they’re still on the hunt for their first outright league trophy since 1970. The team remains a contender to win it in 2021 and are the favorites to clinch the West Division, receiving nine of the 10 first-place votes in this year’s Sun Belt Coaches Poll.

Louisiana is 7-0 all-time against Texas State, including a 44-34 win over the maroon and gold inside Bobcat Stadium on Oct. 31. It was the closest win margin of the series.

The Ragin’ Cajuns will be extremely experienced on both sides of the ball, returning 21 starters. They do not, however, return leading rushers Elijah Mitchell and Trey Ragas, who both made the leap to the NFL. The running back duo accounted for 63.4% of the offense’s carries — a large reason the team ranked fourth in the Sun Belt averaging 422.6 yards and 33.9 points per game. Redshirt sophomore Chris Smith and freshman Emani Bailey will likely take over in the backfield, though they combined to have less than half the carries, yards and touchdowns that Mitchell and Ragas produced.

Still, the rest of the offense should see its chemistry carry over from last season. Senior quarterback Levi Lewis totaled 2,274 yards and 19 touchdowns with seven interceptions and gets three 300-yard receivers in Kyren Lacy, Peter LeBlanc and Jalen Williams. Senior wideout Jamal Bell, who caught 34 passes for 445 yards and a score in 2019, returns from injury, too. The offensive line also brings back four All-Sun Belt selections in Ken Marks, Max Mitchell, O’Cyrus Torrence and Shane Vallot.

The defense should see a similar effect after finishing fourth in the league allowing 355.4 yards and 22.0 points per game. Linebackers Lorenzo McCaskill and Ferrod Gardner combined for 157 tackles — Gardner also led the team with 4.5 sacks. The secondary, with cornerbacks Mekhi Garner, Eric Garror and A.J. Washington, and safeties Percy Butler and Bralen Trahan, tallied 30 pass deflections and 13 interceptions. Three of the came against Texas State.

The Bobcats will visit Louisiana on Oct. 30. Bill Connelly of ESPN’s SP+ projections predict a 10-2 overall record for the Ragin’ Cajuns in 2021, including a 7-1 record in Sun Belt play. Connelly gives Texas State a 4% chance to win, making Louisiana a “likely loss” for the maroon and gold.