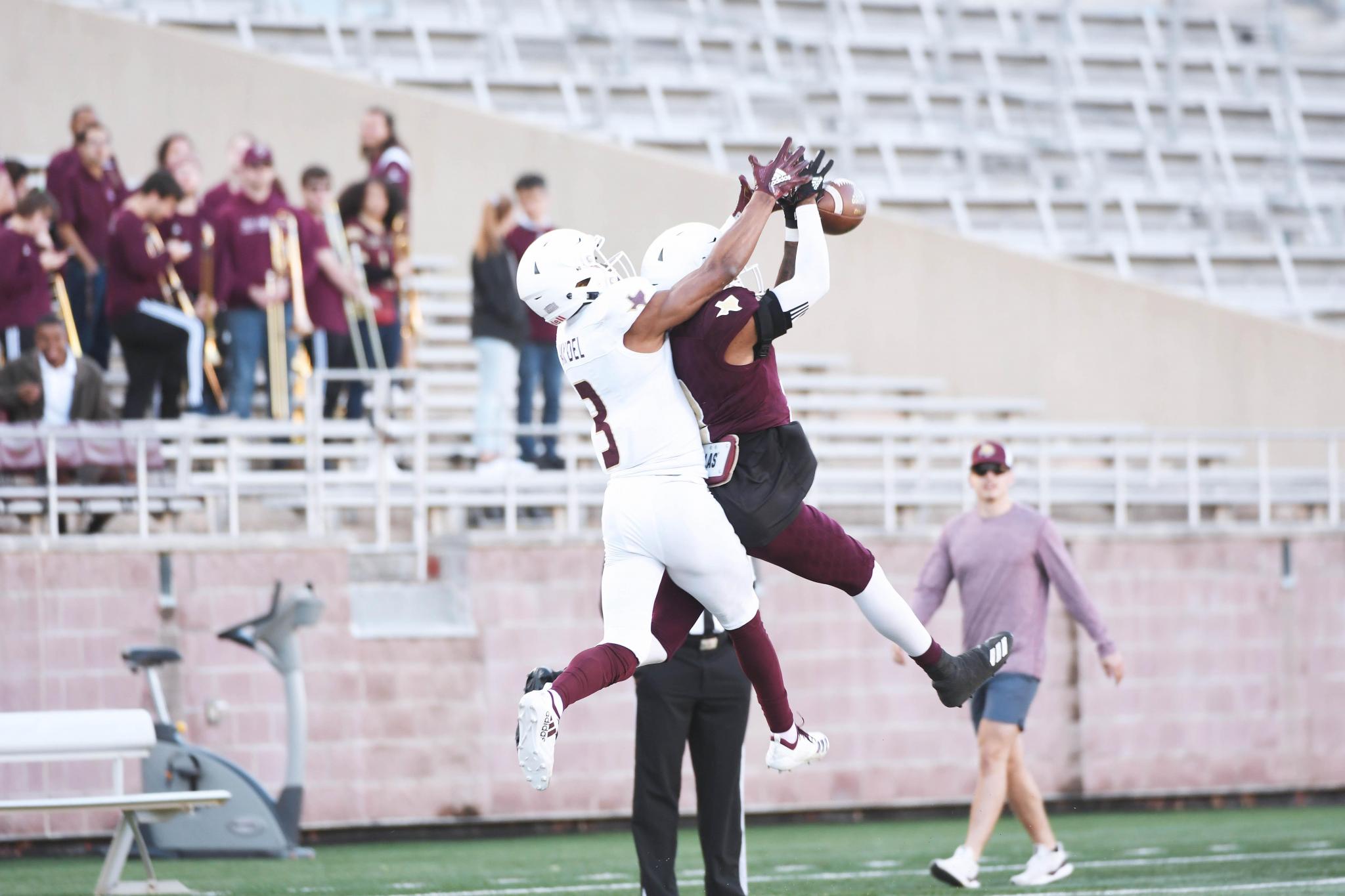 Countdown to Kickoff: Bobcats wrangle with Cowboys at home

After making their season premiere on a Thursday night in College Station, Texas State will have nine days to recuperate and ready itself for its first home game.

The team will host the Wyoming Cowboys inside Bobcat Stadium on Sept. 7 at 6 p.m. Texas State trails 2-1 in the all-time series, with the home team winning each matchup.

Wyoming struggled in the early part of the 2018 season, beginning 2-6 and losing all four of its Mountain West Conference games. Head coach Craig Bohl made a change at quarterback in the last game of that run, starting true freshman Sean Chambers. Despite losing to Utah State, 24-16, Bohl liked what he saw enough to stick with it. Chambers responded the next game throwing for 116 yards, rushing for 101 and scoring three total touchdowns to break a four-game losing streak, defeating Colorado State on Oct. 26, 34-21.

“Chambers could be the second coming of (former Kansas State quarterback) Collin Klein,” SB Nation’s Bill Connelly said in his preview of the Cowboys. “Thick ... and durable enough to carry a rushing load and just good enough at passing to punish preoccupied defenses.”

The Cowboys won the final three games of the season to end the year at an even 6-6. But even with Chambers coming back for his sophomore season, it’s questionable whether Wyoming can extend its fiery finish.

The team’s ground game orbited around former running back Nico Evans, who had more than double the carries (203), yards (1,325) and touchdowns (8) than any other rusher on the roster. The top returning back is sophomore Xazavian Valladay, who collected 396 yards and three touchdowns on 71 attempts.

“If there’s good news, it’s that Price wasn’t particularly efficient as a No. 1 target; his production was replaceable even though he had explosive moments,” Connelly said. “The bad news is that none of the returnees were that efficient either.”

The defense has been a consistent strength for the Cowboys, finishing inside the top 32 in both yards and points allowed per game in each of the past two seasons. Senior linebacker Logan Wilson will return as the team’s reigning lead tackler, racking up 99 last year to go along with two sacks and two interceptions. Junior defensive end Garrett Crall will look to build on the 4.5 sacks he registered in 2018 and senior cornerback Antonio Hull should anchor the secondary, deflecting eight passes last season and picking off two.

“It took a while for Bohl to replicate the defensive culture he built while winning a billion games at North Dakota State,” Connelly said. “But once it began to take hold, it evidently locked in.”

SB Nation has Wyoming 10 spots ahead of Texas State in its projected ranking at No. 92. It gives the Cowboys a 54 percent chance to beat the Bobcats, predicting the visitors win by 1.6 points. SB Nation also expects Wyoming to repeat last season’s record at 6-6.