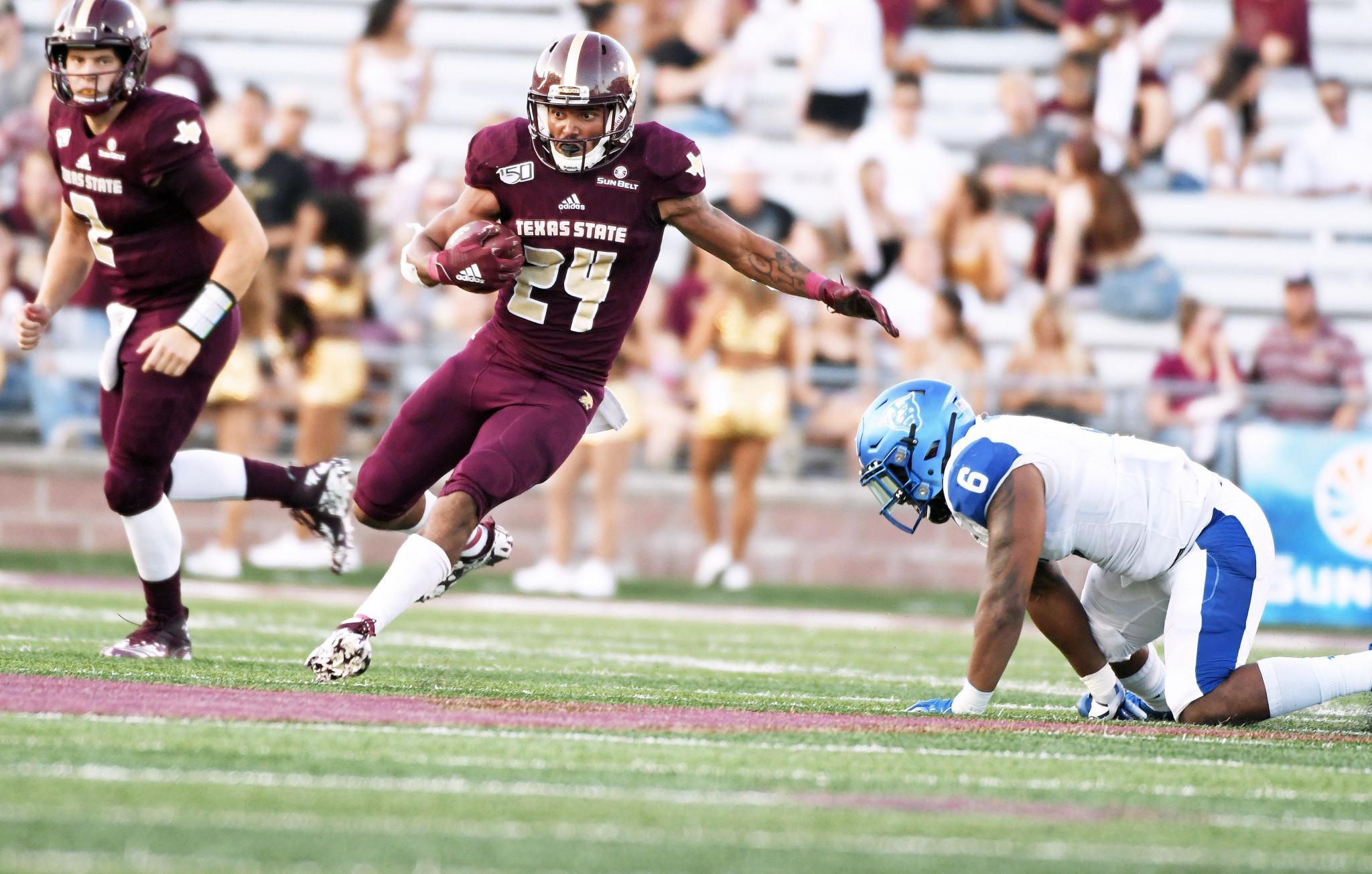 Countdown to Kickoff: Can Texas State stay above .500 against Georgia State?

Georgia State remains as the only current Sun Belt team Texas State has a winning record against.

The Bobcats are 4-3 all-time against the Panthers. The teams’ last meeting ended in a triple-overtime thriller on Sept. 21, 2019, in which Texas State pulled out a 37-34 home win — Jake Spavital’s first victory as a head coach.

Georgia State, though, has been a more successful program in recent years, reaching and winning bowl games in each of the past two seasons. The Panthers will hope to take a step forward in 2021, but may struggle with road games against Power 5 opponents North Carolina and Auburn, and reigning Sun Belt co-champions Louisiana and Coastal Carolina.

The team’s offense finished fourth in the conference last season averaging 424.3 yards and 33.3 points per game. Cornelius Brown IV proved he had the chops to lead the offense as a redshirt freshman, completing 58.6% of his passes for 2,278 yards, 17 touchdowns and 10 interceptions and adding another seven scores with his legs. Brown will see his entire receiving corps return, including redshirt junior deep threat Sam Pinckney, who torched secondaries for 815 yards and seven touchdowns on 47 catches. The group also picked up UCF transfer wideout Ja’Cyais Credle.

The Panthers remained run-heavy despite averaging 4.0 yards per carry as a team. Senior running backs Destin Coates and Tucker Gregg saw the most work but Jamyest Williams proved to be the most efficient of the three and provided a spark late in the season. The trio will be running behind an experienced offensive line anchored by All-Sun Belt First Team selection Shamarious Gilmore.

The defense similarly brings back a seasoned group of veterans who started off the year slow but closed out strong, allowing 410.3 yards and 31.7 points per game on the season. Senior Blake Carroll leads the linebacker room after registering a team-high 74 tackles. Top edge rusher Jordan Strachan transferred to South Carolina, allowing redshirt senior Hardrick Willis the chance to improve on his 6.0 sacks from last year. And the secondary, featuring senior cornerbacks Jaylon Jones and Quavian White and redshirt sophomore safety Antavious Lane, combined to produce 143 tackles, 24 pass breakups and seven interceptions.

Georgia State has also become a factory for kicking talents, as former starters Wil Lutz and Brandon Wright both reached the NFL. Senior Noel Ruiz looked to be on the same level last season — his first with the team — going 33-35 of PATs, 13-16 on field goals and landing on the all-conference First Team.

Texas State travels to Atlanta to take on the Panthers on Oct. 23. Bill Connelly of ESPN’s SP+ projections predict a 5-7 overall record for Georgia State in 2021, including a 4-4 record in Sun Belt play. Connelly gives the Bobcats a 21% chance to win, making the Panthers a “likely loss” for the maroon and gold.