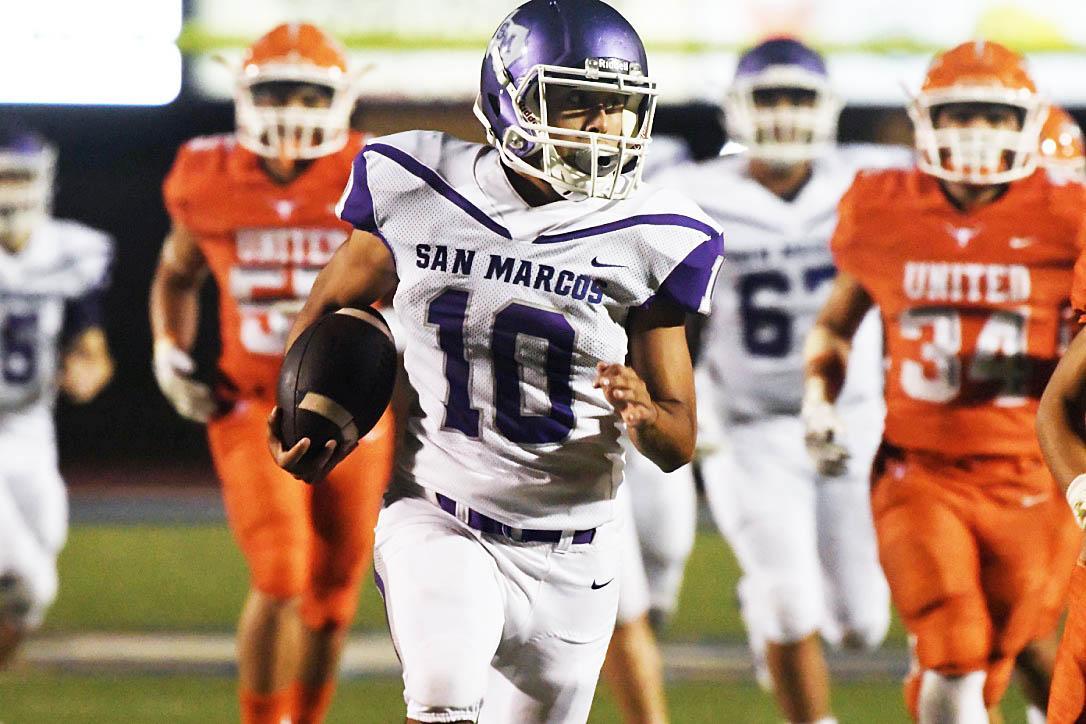 Fourteen touchdowns, 11 extra point kicks, a two-point conversion and a controversial safety call. All of it nearly split evenly down the middle. That’s what was scored in San Marcos’ 50-49 road win over Laredo United on Sept. 14, 2018.

It could have been more. Both the Rattlers and Longhorns missed a field goal attempt. United blocked an extra point attempt and nearly ran it back before former San Marcos kicker Frankie Menchaca knocked the runner out of bounds less than 10 yards for the goal line.

It was the type of shootout that lives in Texas high school football mythology. And now the teams are running it back.

The Longhorns bring back five starters from the high-powered offense, including senior quarterback Wayo Huerta, a third-year starter who scorched the Rattlers for 342 yards and four touchdowns from scrimmage. Junior wide receiver Tanner Sanchez only caught one pass for 12 yards during the outing, but should see a larger share of targets this year. Junior running back Carlos Jaime missed most of the season due to injury, including the game again San Marcos, but could be in line for the starting backfield spot. The trio will be protected up front by an offensive line led by senior tackle Edgardo Mireles.

The Longhorns will head to Rattler Stadium on Sept. 13 for their rematch with San Marcos, kicking off at 7:30 p.m.