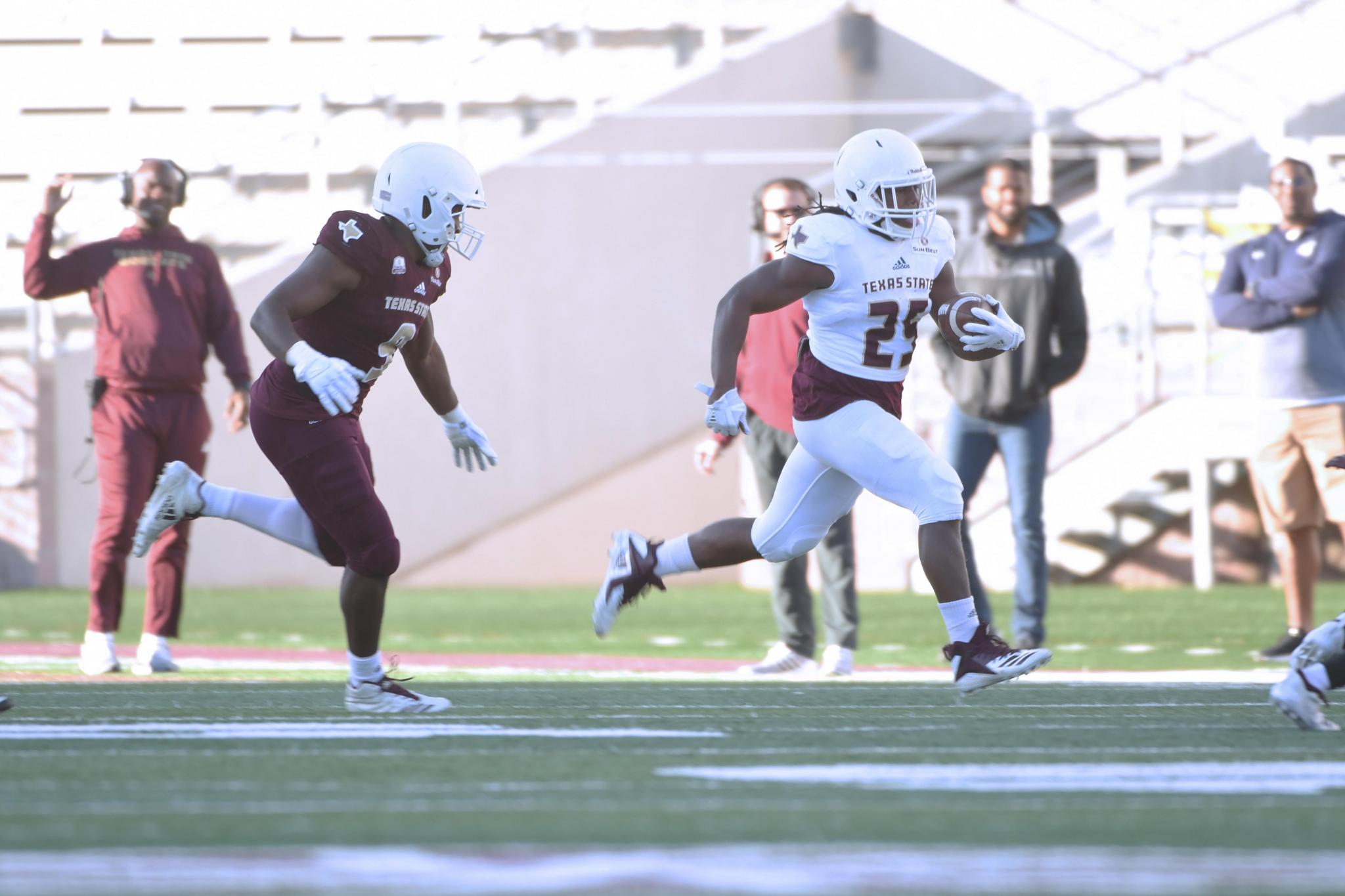 Nearly 100 years to the day after their first meeting, the Bobcats finally have a chance to close the gap on the Aggies.

Jake Spavital will be at the helm for the first time on game day, but he'll also be in familiar territory. The new Texas State head coach spent three seasons from 2013-15 on the Kyle Field sideline as offensive coordinator and quarterbacks coach for Texas A&M. It’ll be his first time on the visitors’ side of the stadium since leaving College Station, and while he may be accustomed to the facility itself, he’s never gone against the Aggies’ current head man.

Texas A&M saw immediate improvements in its first year with Jimbo Fisher, finishing the 2018 season at 9-4 — two more wins than the team had the year before. The Aggies moved up from 50th in total offense and 59th in total defense in the NCAA to 13th and 34th, respectively.

Most of the offensive improvements came from junior quarterback Kellen Mond, who threw for career highs of 3,107 yards, 24 touchdowns, and a 57.3 completion percentage during his sophomore season. He was assisted by a young core of wide receivers, the top six of which will be returning this fall. Junior Camron Buckley led the pack with 34 catches for 474 yards and one touchdown, followed by juniors Jhamon Ausbon with 31 receptions for 375 yards and Kendrick Rogers with 27 snags for 336 yards and five touchdowns.

Mond did lose his top pass-catcher, tight end Jace Sternberger, to the Green Bay Packers, but Texas A&M will likely fill in the gap with incoming freshman Baylor Cupp, the No. 1-ranked tight end in the 2019 class. The Aggies will also be without last year’s starting running back, Travyeon Williams, but have groomed sophomore Jashuan Corbin as his replacement as he posted 346 yards and a touchdown on 61 carries in his rookie season. The team is also bringing back three starters on the offensive line.

The defense is returning just five starters from 2018, with all six of its top tacklers moving on to the NFL. Fisher will bring in five linebackers from his recruiting class to help replenish the depth chart and also added five-star defensive tackle and No. 2 Texas prospect DeMarvin Leal to bolster the defensive line.

Senior Charles Oliver and junior Myles Jones should anchor the secondary this season, as the pair led the team in pass deflections last year, combining for 17. Oliver was also tied for second on the team with one interception. Junior defensive lineman Justin Madubuike will hope to replicate the success Texas A&M had against the ground game last season as the No. 2 rushing defense in the country, allowing just 92 yards per game.

ESPN has the Aggies at No. 11 in its current “Way-Too-Early Top 25 college football rankings.” DraftKings projects the team to win 7.5 games this season.

Spavital’s last game at Kyle Field ended in a 41-17 win over Western Carolina on Nov. 14, 2015. He’ll be hoping for the same result when he makes his return this fall.