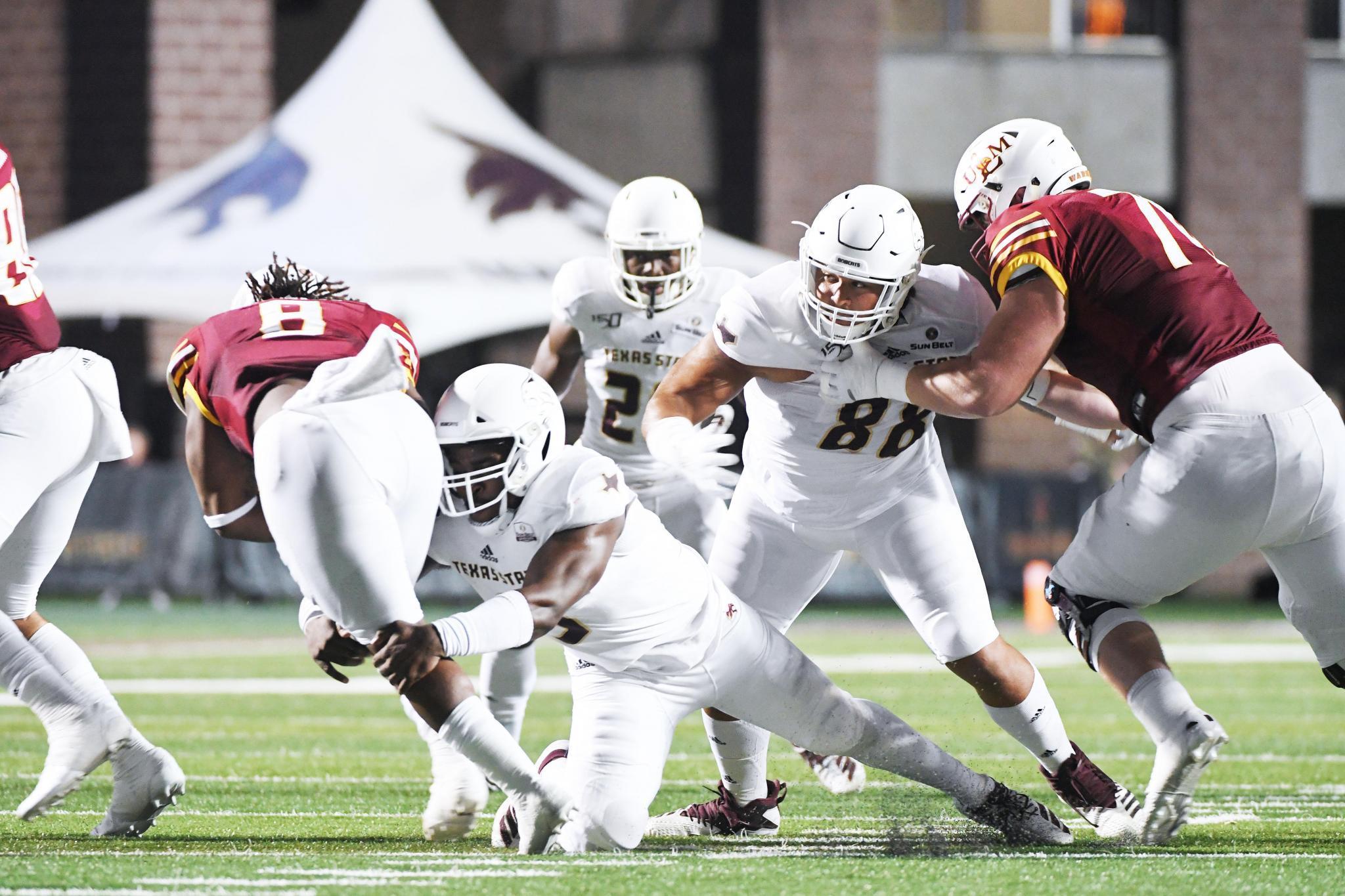 After two non-conference home games, Texas State will get its first taste of playing on the road and against a Sun Belt opponent in Monroe, Louisiana.

ULM boasted one of the most combustible offenses in the conference in 2019 averaging 6.4 yards per play and 460.9 yards per game, both ranking second in the Sun Belt. However, the big plays often didn’t lead to enough points for a win. The Warhawks scored 31.6 points per game, fifth in the league, and finished the season at 5-7 overall and 4-4 in conference play.

The team may take a significant step back on that side of the ball in 2020 as offensive coordinator Matt Kubik, quarterback Caleb Evans, leading receiver Markis McCray and four starting linemen are not returning. Evans spent three seasons as the full-time starter under center. The only other quarterback who attempted a pass last season was Colby Suits, who completed 6-of-19 attempts for 69 yards and tossing two picks without a score. Louisiana-Monroe brought in a pair of three-star, pro-style freshman QBs as well as JUCO transfer Jeremy Hunt to compete for the job. But with extremely limited practices taking place due to the coronavirus pandemic, the Warhawks aren’t getting many details as to who their new starter might be.

Running back Josh Johnson will return for his senior season after finishing third in the Sun Belt with 1,298 rushing yards on 201 carries (6.5-yard average), adding 11 touchdowns. He gained 118 yards and two scores against Texas State in 2019. Junior receiver Perry Carter Jr. also showed flashes of potential down the stretch of last year’s schedule, catching 10 passes for 247 yards in the last five games of the season. Still, resetting the offense will be a momentous task.

ULM was hands-down the worst rushing defense in the league, giving up 252.7 yards per game on the ground. Bobcats running back Caleb Twyford ran for 80 yards on 10 carries in the first half of 2019’s meeting before being sidelined with an injured shoulder. Arkansas State, second-worst in the Sun Belt, gave up 30 less rushing yards per game. The Warhawks are also losing four of their top six defensive lineman.

While the front seven may not hold up all that well, they’ll be backed by a solid secondary, led by senior defensive back Corey Straughter. Straughter ended last season in a three-way tie for the league lead with five interceptions while also breaking up 10 passes.