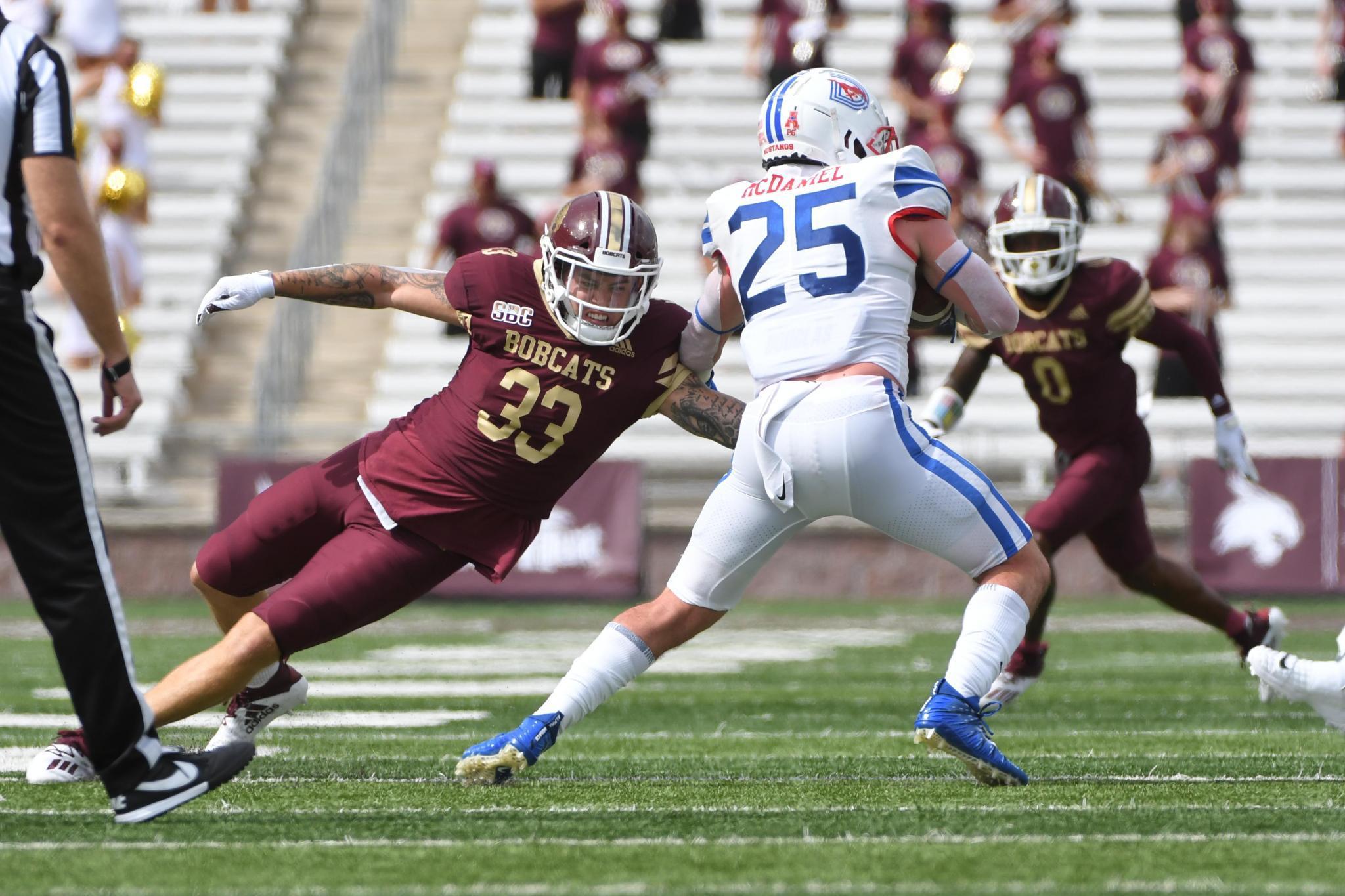 Texas State and Eastern Michigan will begin a two-game series in 2021, the Bobcats hitting the road for the first meeting and then hosting the Eagles for the second in 2025.

EMU head coach Chris Creighton has led the program to three bowl appearances in the last five years. But the team struggled to perform up to its standards after the Mid-American Conference pushed back the start of its season to November, losing the first four games on the schedule but winning the last two.

The Bobcats and Eagles were somewhat mirror images of each other in 2020. A majority of EMU’s struggles came on defense, where the unit gave up at least 27 points in every contest and allowed 490.3 yards per game, a bottom-six mark in the FBS (and just slightly better than Texas State’s 494.9 yards allowed per game).

Junior defensive back Blake Bogan accounted for 53 tackles, two forced fumbles and a pick in 2019 but was sorely missed after an injury kept him out for most of 2020. The team will retain its top five tacklers, Bogan and senior defensive lineman Turan Rush, who led the defense with 4.5 sacks. But the group will need to mature to start producing stops.

The Eagles’ strength came from its offense, which posted 33.2 points per game, the No. 33 mark in the country. Like the Bobcats, the unit will be experienced, too, returning 10 starters and the majority of its backups.

Junior quarterback Preston Hutchinson powered EMU’s pass-heavy scheme, completing 63.6% of his passes, throwing for 1,657 yards and posting a 12-6 touchdown-to-interception ratio while also adding 192 rushing yards and another eight scores with his legs. He’ll have three of his top four receivers back, including junior slot man Hassan Beydoun, who caught 40 balls for 506 yards, as well as sophomore offensive tackles Brian Dooley and Marcellus Johnson, who combined to allow just two sacks all year.

EMU didn’t have the strongest ground game — freshman running back Darius Boone Jr. led the way with 254 yards and two scores on 44 carries (5.8-yard average) — but the success of the pass game should make up for anything the backfield lacks.

Texas State heads to Rynearson Stadium in Ypsilanti, Mich., to compete with the Eagles on Sept. 25. Bill Connelly of ESPN’s SP+ projections predict a 6-6 overall record for EMU in 2021, including a 3-5 record in MAC play. Connelly gives the Bobcats a 40% chance to win, making the Eagles a “relative toss-up” for the maroon and gold.