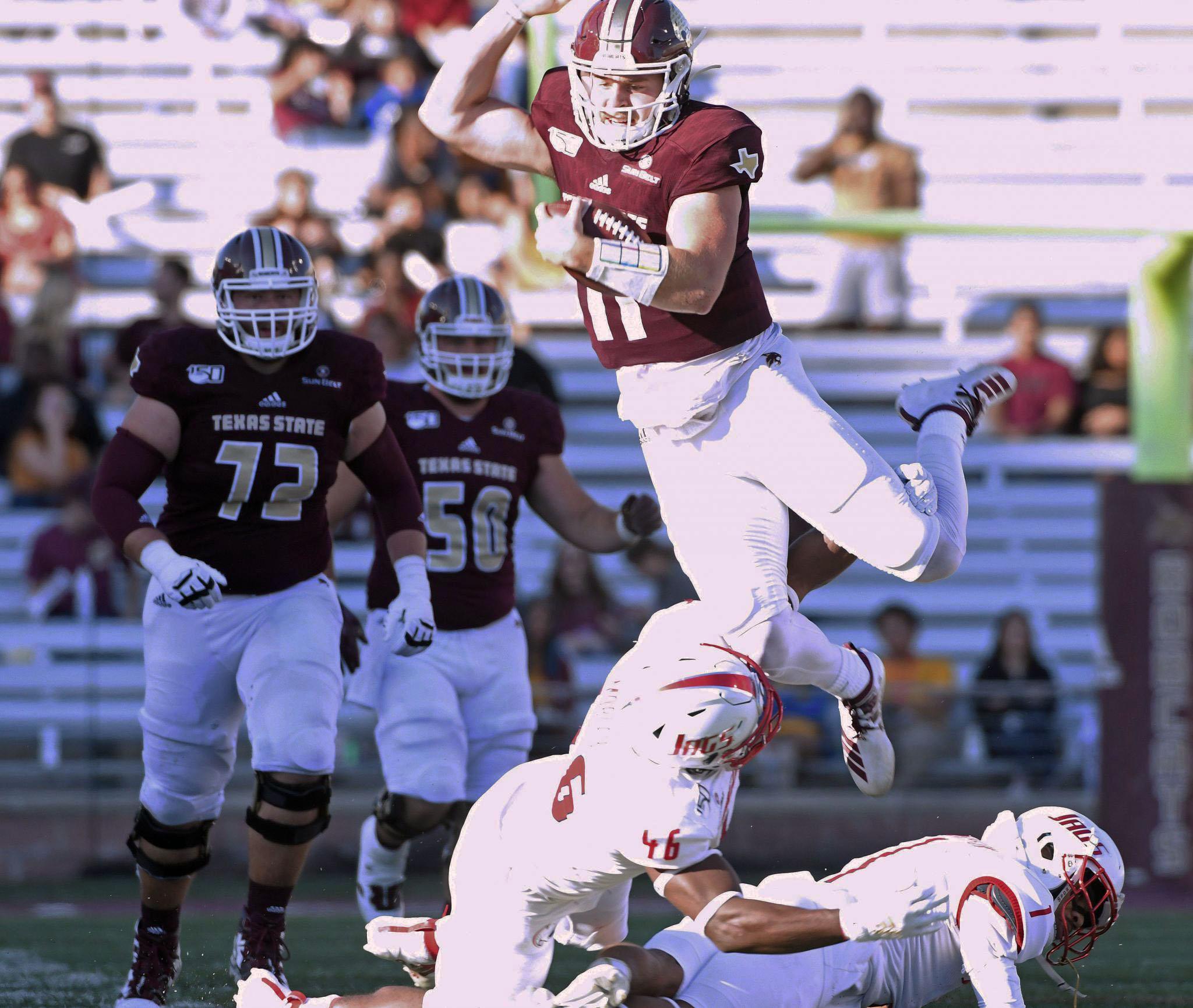 Three touchdown passes from Tyler Vitt, including two to Trevis Graham Jr. and one to Javen Banks, and three field goals from kicker Joshua Rowland helped seal a 30-28 victory over the Jaguars on Nov. 9, 2019, inside Bobcat Stadium. But with a more experience offense, specifically at quarterback, South Alabama could become a more serious threat to the maroon and gold and improve on their 2-10 overall record in 2020.

Texas State was the first team then-freshman quarterback Desmond Trotter earned a start against. Trotter had been a third-stringer for most of the year, but took over for Cephus Johnson late in the season and produced for USA. He threw for 164 yards and two touchdowns against the Bobcats and showed improvement by the end of the season, lighting up Arkansas State for 279 yards and four touchdowns with one interception.

The main beneficiaries of the QB change were wide receiver Jalen Tolbert and tight end Brandon Crum, who both saw career highs in both receptions and receiving yards with Trotter under center and will both be back this season. Tolbert’s chemistry with Trotter was highlighted in the game against the Red Wolves, where he caught four of his team-leading six touchdowns. The Jaguars will also bring back top receiver Kawaan Baker, who caught 35 passes for 574 yards and three scores and was one of the most consistent options on the offense. The backfield loses its top rusher from the past two years in Tra Minter, leaving sophomore running backs Carlos Davis (261 yards and two touchdowns on 60 carries) and Jared Wilson (176 yards and one score on 49 carries) likely to compete for touches. The tailbacks should be well protected by an experienced offensive line, led by All-Sun Belt honorable mention Jacob Shoemaker.

The Jaguars will be deep at linebacker. Nick Mobley led the team with 91 total stops. A.J. DeShazor followed with 61 tackles and one interception. All-Sun Belt honorable mention Riley Cole registered 59 tackles with three sacks and one forced fumble. However, the defense will be shallow every else, losing their top two defensive linemen in Jeffery Whatley and Rocel McWilliams and defensive backs in Travis Reed and Jalen Thompson.

With last year’s win, Texas State now leads USA in the all-time series, 3-2. The last win for South Alabama came on Sept. 15, 2018, in a 41-31 home win. The Bobcats and Jaguars are scheduled to face off again this year inside the new Hancock Whitney Stadium in Mobile, Alabama, on Oct. 17. It’ll be the end of the maroon and gold’s three-game road stretch, the longest of the season.

ESPN staff writer Bill Connelly's SP+ projections rank South Alabama 119th in the FBS, ahead of Texas State at No. 123, and predict a 4-8 season for the Jags.