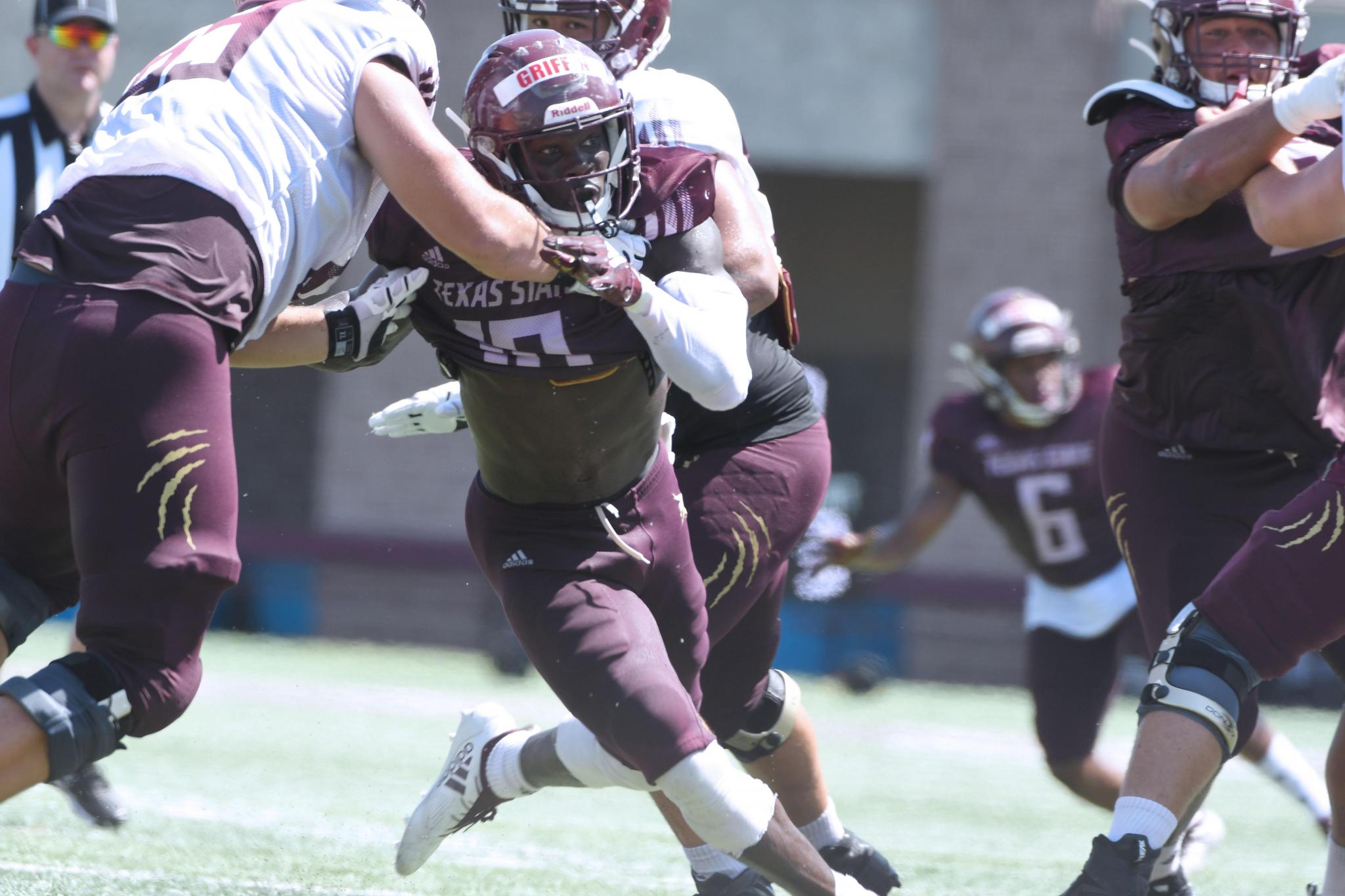 Coastal Carolina is the only team Texas State hasn’t lost to in the Sun Belt.

The Chanticleers saw some improvement in 2018, going from 3-9 overall record to 5-7, though they dropped the final four games of the season. Former head coach Joe Moglia stepped down in the offseason, with former offensive coordinator Jamey Chadwell — who served as the team’s interim head coach in 2017 — taking over.

Coastal Carolina was voted to repeat as the fourth place team in the East Division with 17 points in the 2019 Sun Belt Coaches Poll. Now seeking bowl eligibility after coming up one win short last year, Chadwell has his work cut out for him.

“Chadwell knows the head coaching role, and he knows the Myrtle Beach area. (CCU is basically about 15 minutes from the Atlantic Ocean.),” Bill Connelly said in his preview of the Chanticleers on SB Nation. “The timing has been odd since he took the job — immediately go from OC to Interim Head Coach, back to OC, then back to Non-Interim HC, all within two years — but he could be well-suited for the role all the same.”

The offense average 379 yards in 2018, ranking 87th in the NCAA, with a rotating carousel at quarterback. Kilton Anderson saw the most action, throwing for 1,010 yards, eight touchdowns and three interceptions. But underclassmen Fred Payton and Bryce Carpenter also saw decent workloads, combining for 1,141 yards, 11 touchdowns and four interceptions. Anderson graduated in the spring, leaving sophomores Payton and Carpenter competing for the starting job.

The team lost its leading receiver, but bring back senior wide receiver Ky’Jon Tyler (26 receptions, 397 yards, two touchdowns) and sophomore wideout Jeremiah Miller (21 receptions, 272 yards, one touchdown). The Chanticleers will also retain sophomore tight end Isaiah Likely, who proved to be a major red zone threat by reeling in five of his 12 catches in the end zone, tied for most on the team.

The strength of the offense comes on the ground, where Coastal Carolina ranked 40th in the country with 198.7 rushing yards per game. Junior running back C.J. Marable split carries last year with former tailback Marcus Outlow, picking up 719 yards and six touchdowns on 118 attempts, and could become the bellcow back this season. Marable also caught 15 passes for 180 yards and two scores.

“We’ll see if the identity changes at all,” Connelly said. “Coastal ran the ball 71 percent of the time on standard downs last year (13th-highest in FBS) and 38 percent on passing downs (43rd), which isn’t surprising, as Chadwell’s always been a run-heavy guy. But the Chants didn’t really spread opponents out (75th in solo tackles forced) and operated at one of the slowest tempos in the country.”

Last year’s defense allowed 451 yards per game, ranking 113th in the nation, but bring back most of their top playmakers from last year. Three of the team’s four leading tacklers are back in junior linebackers Silas Kelley and Teddy Gallagher and junior defensive end Tarron Jackson. Eleven of Jackson’s tackles came behind the line of scrimmage, and he tied with senior nose tackle Sterling Johnson last season with three sacks, second-most on the team.

Senior defensive back Chandler Kryst returns to lead the secondary after picking off two passes, tipping another three and forcing a fumble.

SB Nation ranks Coastal Carolina as the No. 116 team in the country, behind Texas State at No. 102. It gives the Chanticleers a 40 percent chance to beat the Bobcats when the teams meet in Conway, South Carolina on Nov. 30, predicting the visitors win by 4.3 points. It also projects CCU to finish the regular season at 4-8.