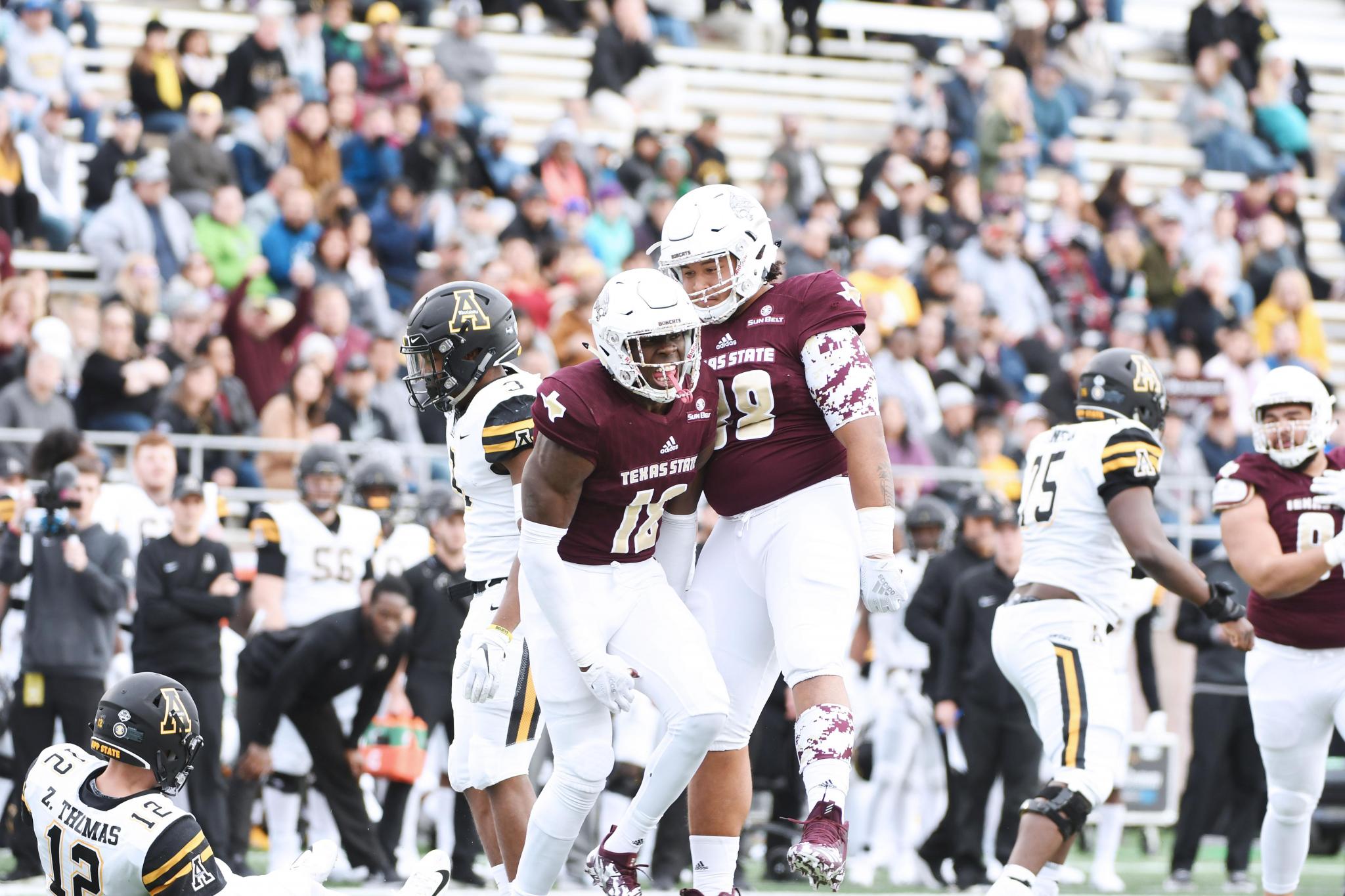 Appalachian State was dominant in 2018.

Aside from those two games, App State flattened everyone in its path, with an average margin of 21.6 points. Texas State was no match when it squared off with the team on Nov. 10, 2018, losing 38-7 inside Bobcat Stadium. The Mountaineers finished the season 11-2, with wins at the Sun Belt Conference Championship Game and the R+L Carriers New Orleans Bowl.

Former head coach Scott Satterfield left for Louisville in the offseason, and Appalachian State brought in former NC State offensive coordinator Eliah Drinkwitz to replace him. Despite the change, the Mountaineers are still expected to be one of the top teams in the league this year. The team was picked first place in the East Division in the 2019 Preseason Coaches Poll with 46 points and seven first-place votes and was predicted to repeat as conference champions.

“In all, 12 of Drinkwitz’s 14 seasons as a coach took place in Sun Belt states,” Bill Connelly said in his preview of App State on SB Nation. “He’s shared a state with App for the last three. The draw makes a lot of sense. But (man), is the bar high.”

Junior quarterback Zac Thomas added another 504 yards and 10 scores with his legs on 92 attempts. But Drinkwitz’s offenses have historically been pass-heavy, and the head coach might rely more on Thomas’ arm this year. Thomas missed most of one game and sat out another due to injury, but still threw for 2,039 yards and 21 touchdowns while being intercepted six times.

Appalachian State’s defense was one of the toughest in country, ranking sixth in total yards (279) and points (15.7) allowed. The team only gave up 148.1 passing yards per game, third-fewest in the country. Senior defensive backs Josh Thomas and Desmond Franklin will look to maintain the no-fly zone after combining for eight interceptions and seven pass deflections.

“Sometimes you find symmetry where you don’t expect to. In 2018, Georgia Tech head coach Paul Johnson attempted to turn around a flailing defense by replacing defensive coordinator Ted Roof with former Appalachian State coordinator Nate Woody. It backfired,” Connelly said. “Now Roof, who is somehow only 55 years old despite having lived many football lives, takes over as App State DC. This is his 11th coordinator or co-coordinator gig.”

SB Nation ranks App State as the No. 31 team in the country, ahead of Texas State at No. 102. It gives the Mountaineers a 90 percent chance to beat the Bobcats when the teams meet in Boone, North Carolina on Nov. 23, predicting the hosts win by 21.7 points. It also projects Appalachian State to finish the regular season at 9-3.